The suspect in the 2014 Yaletown shooting has pleaded guilty to five counts in connection with the case in court today.

Gerald Battersby was shot in a dramatic gunfire exchange with police officers in what Vancouver deputy police chief called an “extraordinary” incident at the time.

The brazen daylight shooting started in Yaletown. The owner of Reckless Cycles, 52-year-old Paul Dragan, was shot in front of a Starbucks on Davie Street and Marinaside Crescent. Battersby was Dragan’s former employee and tenant.

Two police officers were coincidentally at the Starbucks when the shooting broke out. Those two officers were able to help protect the victim and then chase the suspect to Science World. It is alleged Battersby fired shots at a number of police officers during the ensuing shootout.

He was taken into custody and eventually charged. He pleaded not guilty at the time.

His employer at the time of the shooting said Battersby was going through a hard time in his life: he was recently evicted from a temporary shelter and was trying to deal with his mental health issues.

The Independent Investigations Office (IIO) investigated the incident because Battersby suffered gunshot wounds, but no charges were pressed.

Today, Battersby pleaded guilty to five counts, including attempted murder of Paul Dragan and two police officers, intention to discharge a prohibited/restricted firearm and possession of a loaded prohibited firearm without proper authorization.

Crown is asking for 18 years in jail for Battersby minus 1.5 days for every day of time served, which would amount to about 3.5 years behind bars. However, Crown doesn’t want Battersby to have parole eligibility until half of the time is served.

Crown is also reading from Battersby’s daytimer and playing surveillance videos from the day of the shooting.

Paul Dragan read out an emotional victim impact statement in court, saying he still lives in pain after a shooting that “shattered his body in a matter of seconds.”

Dragan says he gets anxious every time he hears sirens and can’t watch the news if it’s about a shooting.

He says he is fearful that if Battersby is released, he could cause him more harm.

Dragan:"His heinous act of violence has forever changed my life." 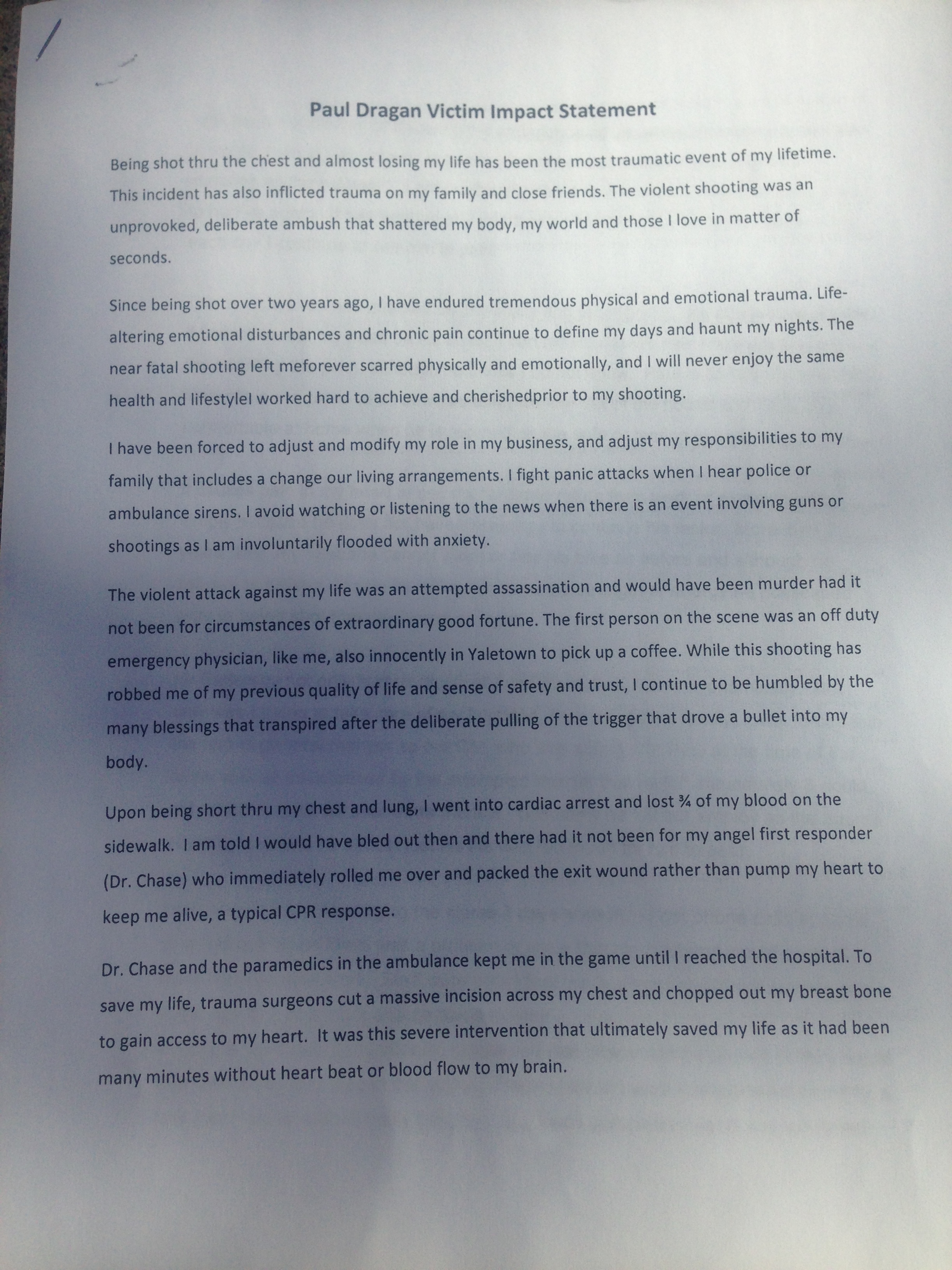 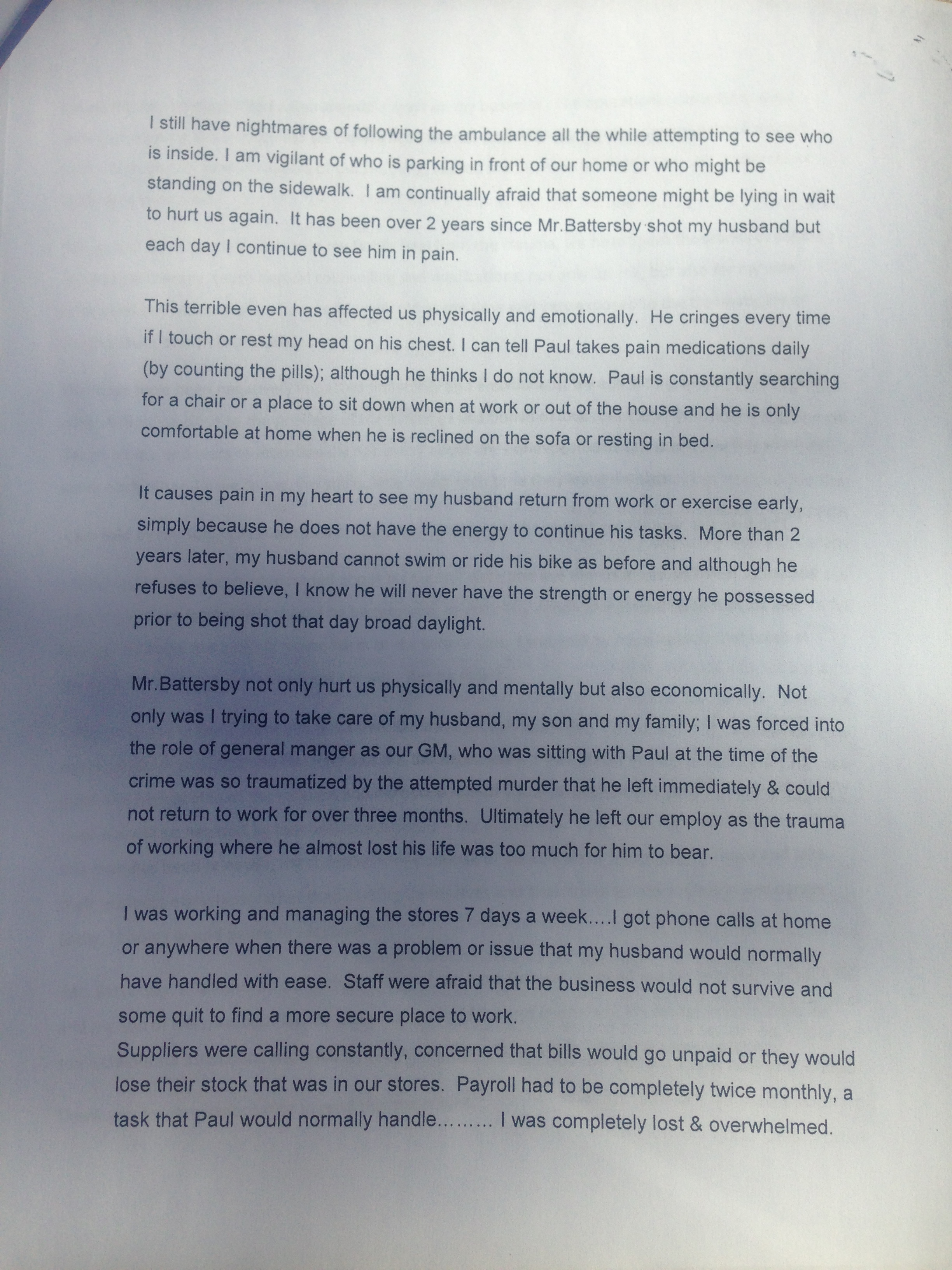 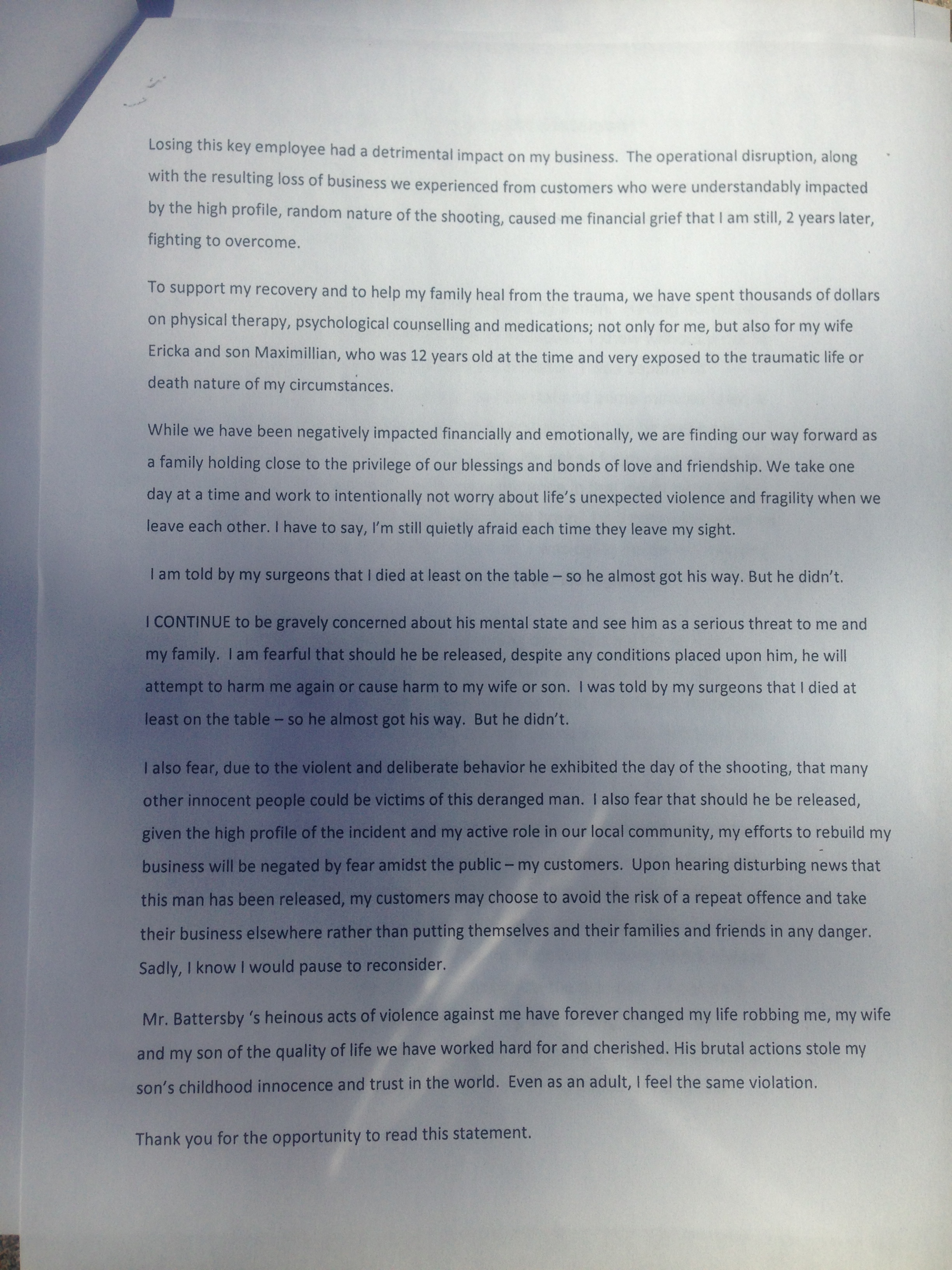 -With files from Jill Bennett