You can almost imagine the media of the future: The latest blockbuster, brought to you by Scientology. Or maybe you could check out the latest headlines on Scientology News.

The Church of Scientology announced on May 28 that is has built a $50-million media complex, called Scientology Media Productions, which includes a 24/7 news channel and a movie studio, on Los Angeles’ Sunset Boulevard.

The main message is clear: Scientology wants to spread its influence far and wide.

“[It’s] our uncorrupted communication line to the billions,” said David Miscavige, the religion’s leader, in a speech to more than 10,000 Scientologists and friends at the inauguration of the church’s global media centre. “Because as the saying goes, if you don’t write your own story, someone else will. So, yes, we’re now going to be writing our story like no other religion in history. And it’s all going to happen right here from Scientology Media Productions.”
Story continues below advertisement 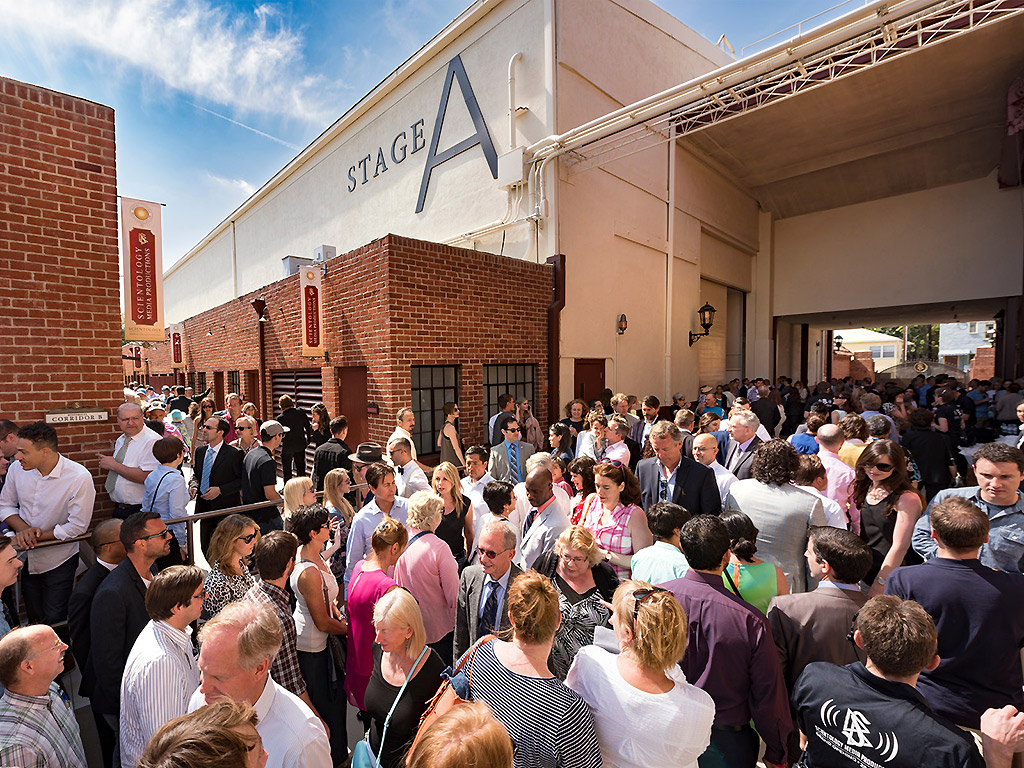 He went on to say that the complex “represents the final component of an interlocking system for global Scientology communications,” with an “uncorrupted communications line [to] virtually every person on earth.”

The facility includes editing facilities, creative suites and sound stages. Not an organization that shies away from hyperbole, the church calls it “the most modern and sophisticated digital media facility of its kind on the planet.”

Scientology Media Productions is also the new editorial headquarters for the church’s magazine, Freedom. According to the lengthy press release, Freedom is to become “a global news organization that encompasses print, television, radio and Internet platforms.”

Leron Gubler, president of the Hollywood Chamber of Commerce, said, “What happens here today carries a lot of weight. People are watching Hollywood and people take notice of what the Church does. And you are not only putting an anchor here. But you are providing outstanding opportunities to writers, directors and all manner of creative professionals to thrive in this unique environment. So let’s work together to take Hollywood to even greater heights.”

A former member of Scientology, Mike Rinder, is skeptical about the church’s latest move, believing it’s nothing more than an attempt by Scientology to inflate its membership numbers and convince followers.

“This is Scientology’s version of a cross between Paramount and Disneyland,” Rinder said. “The idea of this thing is not just feature movies but also TV ads, informational videos, TV programs. They don’t need this new base, so the question becomes ‘Why?’ It’s just a fundraising ploy to buy real estate, to persuade people to give them money, and if they can come up with the concoction that this is the next great thing to tell the world about Scientology, then all the better.”

Rinder even guesses that the complex will end up empty, to deceive people into thinking Scientology is expanding and doing well.