The Leviathan II, a 20-metre cruiser vessel with 27 people on board, has sunk near Tofino, B.C., and at least five people are dead.

It happened just before 5 p.m. PT near Plover Reefs, west of Vargas Island.

READ MORE: ‘Everybody is one big family’: Tofino mayor on whale-watching tragedy

The UK Foreign Secretary is now confirming that five British nationals died in the accident.

My thoughts are with the family and friends of all those affected by this terrible accident. Consular staff in British Columbia are supporting the family members of those who have died and we will remain in close contact with Canadian authorities as further information becomes available.

One person is still missing. The Joint Rescue Coordination Centre said its case is closed and has been handed over to the RCMP. 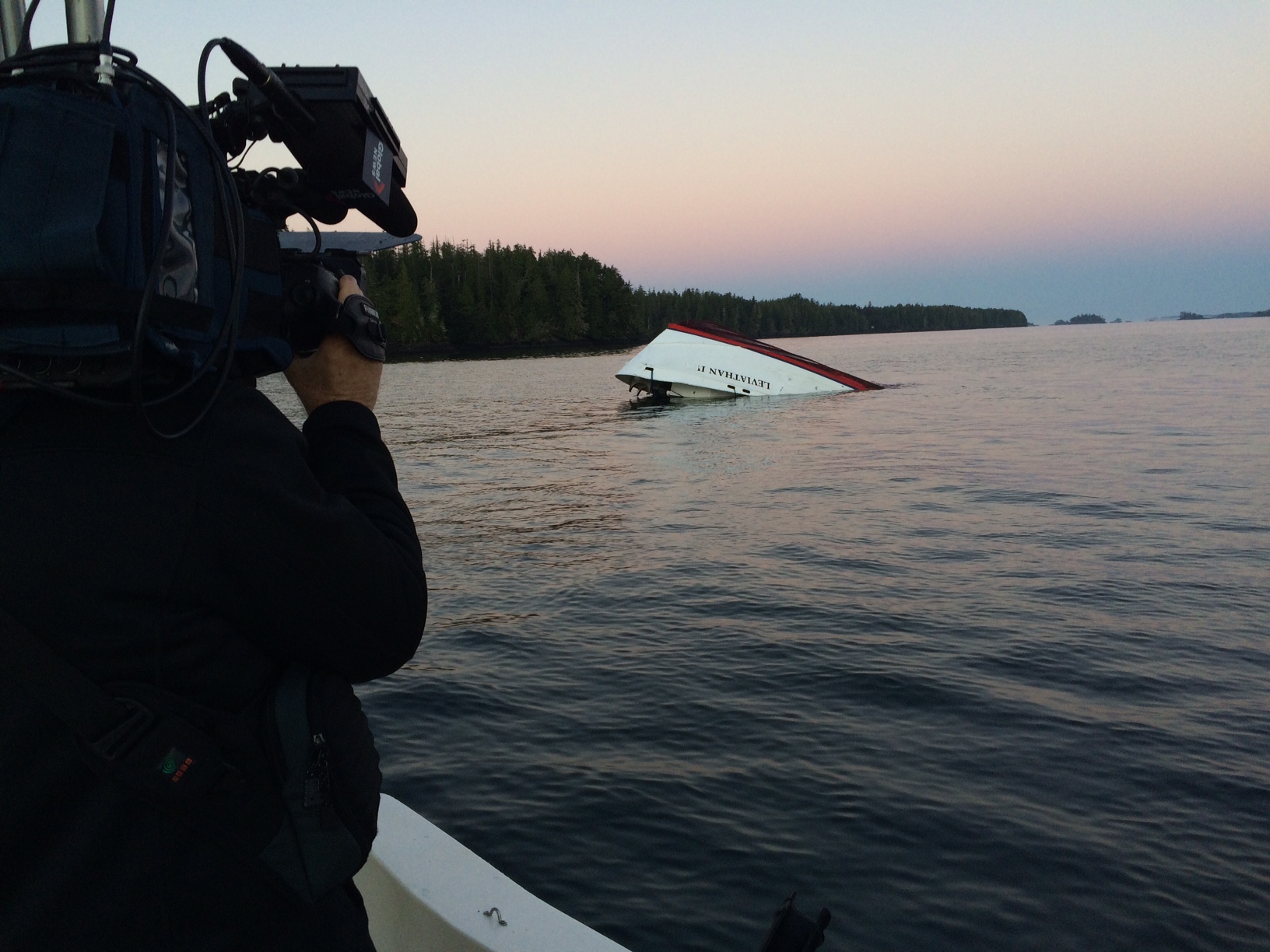 An employee with Jamie’s Whaling Station told Global News that the boat belonged to their company.

“Our entire team is heartbroken over this incident and our hearts go out to the families, friends and loved ones of everyone involved,” he said.

“We are doing everything we can to assist our passengers and staff through this difficult time.”

Bray said the tour company is cooperating with investigators to determine the cause of what exactly happened.

It has been a tragic day. Our team is heartbroken & our hearts go out to the families, friends & loved ones involved https://t.co/IaPMmIod91

A boat operated by Jamie’s Whaling Station also sank near Tofino in 1998, killing a German tourist and the captain of the ship. The Leviathan II is now partially submerged 8 nautical miles northwest of Tofino, a small town of 1,876 residents on the west coast of Vancouver Island.

Among the first on scene were four boats with the Ahousaht First Nation.

“We had a couple of guys that were out doing a bit of fishing, and these guys saw this flare go up and responded,” said Alec Dick with the Ahousaht First Nation.

“They got swamped by a wave. It just flipped their boat completely. I’ve never seen, in my involvement with search and rescue, heard this happen before.”

Dick said there was only one lifeboat deployed from this ship. Volunteers with the Ahousaht First Nation transported 24 people to Tofino.

“We want to extend our most sincere thank you to the first responders, rescue personnel, and everyone from Tofino and the local First Nations communities who assisted with the response efforts,” said Bray in a statement.

The Transportation Safety Board of Canada will be deploying a team of investigators to the area, and the District of Tofino has also activated its Emergency Operations Centre.

The rescue centre said the vessel made a mayday call late Sunday afternoon on what was a clear and sunny day in the tourist community.

“The Cormorant helicopter has bright lights and the Buffalo aircraft can launch flares so with that and the vessels on the water…that’s enough to cover the area,” said Lt. Cmdr Desmond Craig, a spokesman with the Joint Rescue Co-ordination Centre.

“The sea was 3 to 4 metres, a fairly big sea, but not much wind or too unusual for the conditions we deal with on a regular basis out here,” said John Forde of the Tofino Whale Centre.

Forde, who was assisting with the rescue for several hours today, said a large cruiser vessel like the Leviathan II wouldn’t have a requirement to wear life-jackets at all times.

“All the open vessels, people on zodiacs or an open style…everybody is in a Mustang floater suit or a survival suit, but the larger vessels, you’re just required to have life-jackets on board, just like BC ferries.”

WATCH: Chris McLellan, a nearby resident at the dock where the Whale Watching tour takes place, describes the events of the rescue

Local fisherman say the area round Plover Reefs can be like “a washing machine.”

“Everybody’s heart is just breaking for what’s going on here and wanting to be as helpful as possible,” Tofino Mayor Josie Osborne said in a phone interview late Sunday.

Aboriginal Coun. Tom Campbell was on the waterfront and watched as rescue personnel brought several of the survivors ashore.

“Their looks tell the whole story,” he said on the phone from Tofino.

“You can’t describe looks on people that are lost. They look totally lost – shocked and lost.”

I was shocked and saddened to hear of the sinking of a whale watching boat near the B.C. coast and the passengers aboard who have lost their lives in the incident. We thank all those, including our search and rescue officials, who responded swiftly with courage and professionalism. I know firsthand of this coastal area’s natural beauty and the many people who visit here from all around the world. My thoughts and prayers are with the passengers, the crew, and their families at this most difficult time. We will continue to offer them support in the days ahead.