Why Saskatoon West is a riding to watch this federal election

SASKATOON – With less than one week to go, it’s now crunch time for federal candidates to solidify their support. On Monday, Oct. 19, Canadians will head to the polls to vote-in a prime minister.

Thus far, federal party leaders have been in the media spotlight but it’s important voters don’t overlook their local candidates.

“It’s unfortunate that some people will end up casting ballots for people whom they’ve never, will never meet and really don’t know anything about,” said Joe Garcea, head of the University of Saskatchewan political studies department.

One riding with big interest and big names on a local level is Saskatoon West, with a full slate of candidates vying for your attention. 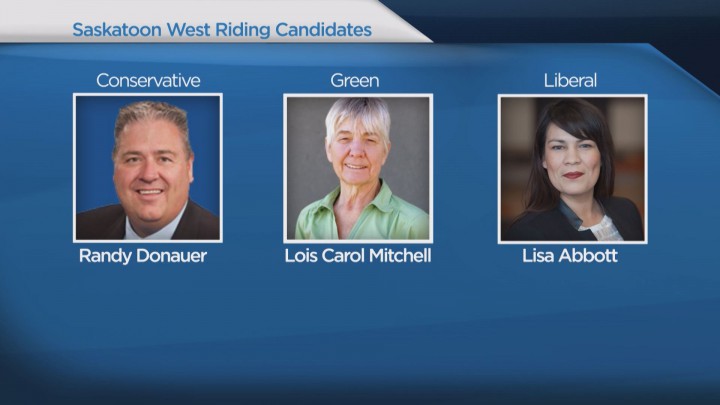 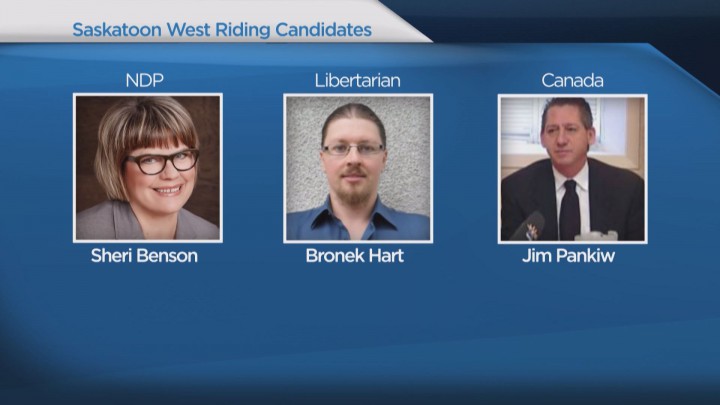 Comprised mostly of the city’s west side, Saskatoon West was subject to a boundary change and candidates won’t be squaring off against veteran Conservative MP Kelly Block who is now running in Carlton Trail-Eagle Creek.

“Even though there isn’t an incumbent the three major contenders in terms of the Conservatives, the Liberals and the NDP are well-known in the community,” said Garcea.

Historically, this riding is one of the most hotly contested. It was one of the closest races in the province last election with the Conservatives narrowly beating out the NDP by just 538 votes.

Watch below: What the six Saskatoon West candidates think the top issue in the riding is and how they plan to address it if they are elected on Oct. 19.

“I suspect that that’s a really interesting one to watch and I think the NDP are really counting heavily on the possibility of winning that riding but the Liberals are putting up a fairly good battle as well,” added Garcea.

“It’ll be a three-way race and it’ll be interesting to see how the vote splits and ultimately who wins there.”

From 2000 to 2013, Saskatoon and the surrounding areas had been divided up into four ridings that contained part of Saskatoon, and part of the surrounding rural areas. In all five elections, the Conservatives took all four seats.

In this particular riding, 13.5 per cent of people identified as immigrants in the 2011 National Household Survey, the highest number in Saskatchewan.

What election issues hit a nerve in this riding will differ depending on each household, say experts, but like many parts of the city and country it could come down to just one thing.

“In that in terms of what people want for the community tends to be infrastructure.”