Signs of election time in Saskatchewan and the rules around them

SASKATOON – There have been reports of elections signs showing up on people’s front lawns without their permission which means it may be time to revisit the rules regarding signage. Who’s in the right, who’s in the wrong when it comes to signage for our upcoming 42nd federal election.

With a little over a week to go and advance polls kicking off Friday, at this point in the campaign our city is a sea of signs.

READ MORE: How voting has been made easy for students this federal election

“We’re not exactly sure the effect of signs, we think they have some effect but it’s very hard to quantify,” said David McGrane, a University of Saskatchewan political studies professor.

According to McGrane, corner lots and high traffic areas are the most sought after spots to snag for candidates and we can expect to see even more signs as we ramp up to voting day on Oct. 19.

“I think the more signs the better because that can be a way to remind people an election is going on and hopefully get them out to vote.”

Across the country there are 338 ridings, up 30 from the last federal election in 2011. Saskatchewan is divided into 14 ridings with candidates vying for your attention by any means possible, including signs. 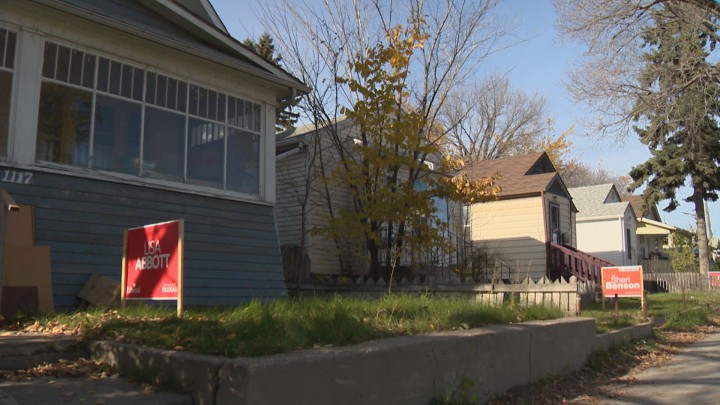 As part of the Canada Elections Act, property owners do not have the right to prevent tenants from putting up signs on the premises but the size and type of sign has to be within reason.

Where you live in the province can also dictate where political signs can be placed. According to city official Andrew Hildebrandt, signs can be put on public boulevards in Saskatoon as long as guidelines are followed.

“A six metre setback from intersections, there’s a specific size they can be, they can only have two faces and be within six-and-a-half square feet and typically sign size that you see existing in the city.”

They must be removed within seven days after the date of the election and for traffic safety reasons signage is not permitted on certain roadways within Saskatoon. Some examples of prohibited roadways include:

Hildebrandt says the ones that are planted in restricted areas are removed immediately.

In cases where signs have shown up on front lawns without a homeowner’s consent, Elections Canada has no explanation for why this may be occurring.

“If it does happen to somebody and they don’t want the sign we suggest, number one, they remove it,” said Marie-France Kenny, regional spokesperson for Elections Canada 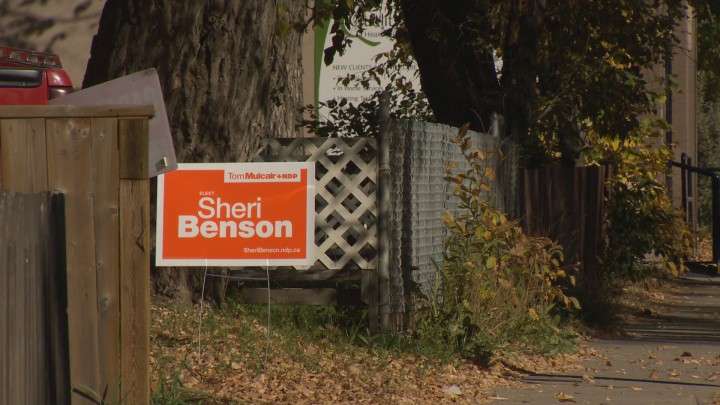 Experts say, believe it or not, there’s a science to these signs just showing up on your front lawn, if they do. After 10 to 15 years of gathering data and tracking voting habits, parties are now micro-targeting homeowners.

“These are more of the sophisticated campaign techniques that we’re slowing starting to see imported to Canada from United States,” said McGrane.