Germanwings flight 9525: What is a black box and how does it work?

TORONTO – French investigators were able to crack open the mangled black box of Germanwings flight 9525 Wednesday, hoping the cockpit recordings inside would help unlock the mystery of what caused the plane to drop unexpectedly and smash into a rugged Alpine mountain, killing all 150 on board.

The orange cockpit voice recorder — dented, twisted and scarred by the impact — is considered the key to understanding why the Germanwings A320 lost radio contact with air traffic controllers over the southern French Alps during a routine flight Tuesday from Barcelona to Duesseldorf before crashing. 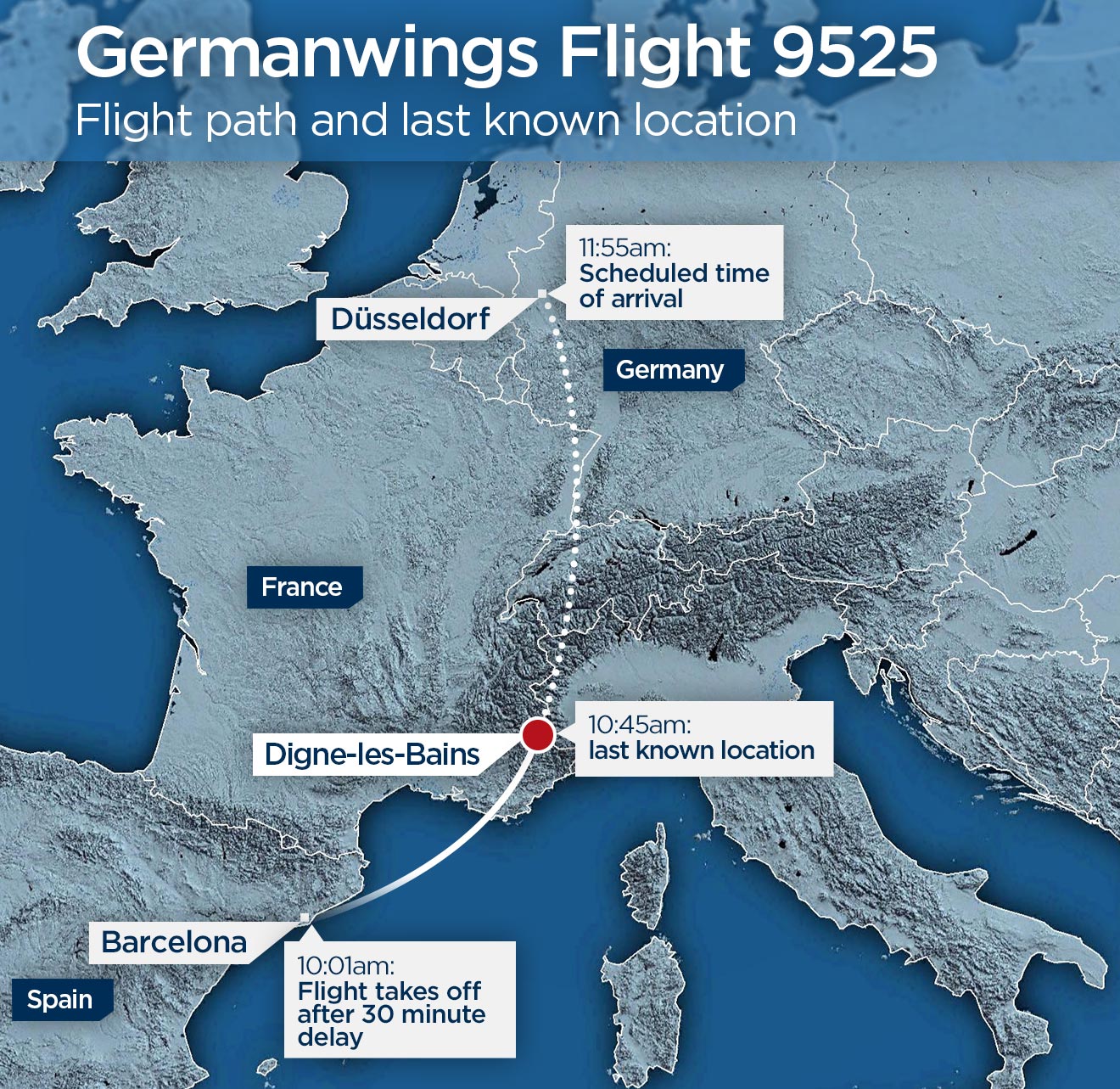 What is a black box?

Black boxes may be one of the most important pieces of technical equipment on board a plane, despite the fact they do nothing to help the plane while it’s in the air.

If the plane crashes into a body of water, each unit is fitted with an underwater locator beacon (ULB) that is activated as soon as the recorder comes into contact with water. Once activated, it creates a “ping” that investigators use to locate the device.

Despite its name, the device is actually bright orange, making it easier to spot in wreckage.

The point of having a cockpit voice recorder is so investigators can play back conversations between the pilot, copilot, and whoever else may have entered the cockpit to piece together what went wrong.

But, trained investigators are also able to listen for engine sounds, stall warnings, or emergency alarms that could provide evidence into a mechanical problem.

According to the U.S. National Transportation and Safety Board, the cockpit voice recorder must hold at least two hours of audio.

Flight data recorders can record a number of parameters including, the time, altitude, airspeed, direction, and vertical acceleration of the flight, as well as more technical things like the movement of individual flaps on the wings.

According to National Geographic, the data saved on this recorder can help investigators to eventually produce computer-generated re-enactments of the crash.

The recorder must hold a minimum of 25 hours of flight information.

How does the black box survive a crash?

According to National Geographic, one black box recorder called the L-3 FA 2100 underwent testing that included being exposed to a 1,110°C fire for an hour and 260°C heat for 10 hours. The devices are also designed to operate from -55° to +70°C. This is done with high-temperature insulation.

The ping transmitted from the ULB is able to transmit from as deep as 14,000 feet underwater.