We need new antibiotics. Who’s going to pay for them? 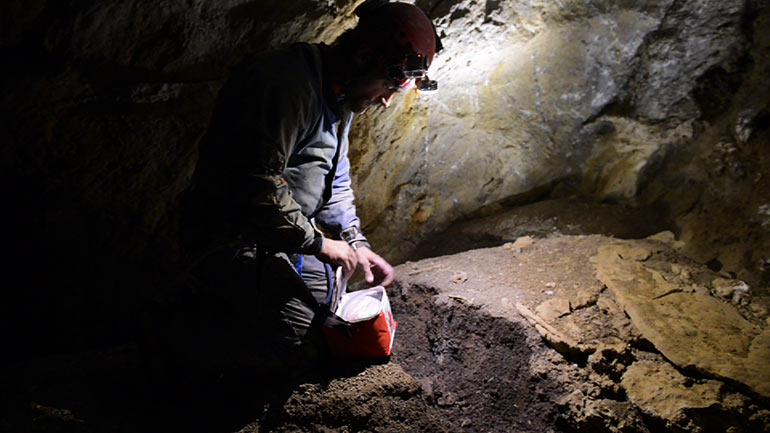 Ann Cheeptham works in a lab surrounded by thousands of microorganisms – one of which, she hopes, holds the key to tackling superbugs.

The Thompson University researcher’s bacteria samples come from isolated, untouched areas like the ocean floor, saltwater marshes and the insides of caves. Right now, it’s her samples of organisms straight out of British Columbia’s Helmcken Falls cave that are showing promise.

Her team winnowed about 300 compounds down to 80 strains they can focus on. Of those 80, nine are on a shortlist of potential antibiotic candidates.

When Cheeptham was working in Tokyo, of more than 1,000 sediment samples she collected, only one returned a hit. So nine out of almost 300 is an impressive feat.

And she has more to sift through – cultures growing in teaspoon-sized soil samples from previously uncharted caves – several just retrieved from the Rocky Mountains’ Booming Ice Chasm.
“This is huge, when you think about it,” Cheeptham said. “The potential is very, very big.”

But if this is a big deal to Cheeptham and her colleagues, the pharmaceutical industry upon which most pricey research depends is less enthused.

“They save lives but they’re cheap. For the industry to develop an antibiotic, it’s not the best investment.”

The math is simple: Antibiotics cost more to develop and make less money – way less – than other categories of drugs.

Cancer-fighting medications can come with a price tag of over $20,000 for three months of treatment. Top-end antibiotics could bring in $5,000 before a patient is cured, according to Dr. Marc Ouellette, scientific director of Ottawa’s Canadian Institute of Health Research Institute of Infection and Immunity.

“They save lives but they’re cheap,” Ouellette said.

“For the industry to develop an antibiotic, it’s not the best investment.”

Take Merck, one of the largest pharmaceutical companies in the world: Its top-selling drug franchise is for diabetes. In 2012, worldwide sales for Januvia and Janumet were $4-billion and $1.7-billion each.

Stack that next to some of the bigger antibiotics in Merck’s portfolio – Invanz and Primaxin, used in hospitals to treat a string of different bacterial infection: In 2012, Invanz had sales of $445-million, while Primaxin brought in $384 million.

Merck wouldn’t say how much it invests in antibiotic research and development. But researchers say it’s one of the few big pharmaceuticals still making those investments.

Getting a drug to market could take up to 20 years. Reports suggest funding a project of that length could cost $1.3 billion.

And even if it makes it to market, any new, potent antibiotic would be used sparingly.

“You don’t to use it until you have no other choice and the last thing Big Pharma wants to do is make a drug that no one wants to use unless they have to,” said Hazel Barton, a microbiologist at the University of Akron.

The spread of superbugs

Money-making or not, the need for these drugs is there, researchers argue: Every year, more Canadians are being infected by bugs existing drugs can’t treat.

In 2009-10, there were 6,196 hospitalizations due to sicknesses that couldn’t be treated by antibiotics, according to Canadian Institutes for Health Information data obtained by Global News. That number jumped dramatically: By 2011-12, superbugs sickened 7,492 people.

At least 23,000 Americans are killed annually by bacterial infections that aren’t responding to antibiotics, according to a Centers for Disease Control report published this month.

Meanwhile, Canadian figures show hospitals across the country have fallen victim to outbreaks of MRSA , C. difficile and CRE – all various forms of bacteria whose resistance to antibiotics make them near-impossible to treat.

Dr. Michael Gardam, director of infection prevention and control at Toronto’s University Health Network, comes across patients infected with drug-resistant bacteria “all the time. It is very much a daily thing.”

Hospitals have started screening their patients; anyone infected with a superbug could be quarantined for months.

“These little guys multiply every minute, so they are rapidly evolving far faster than we do,” Gardam said. “So you start out with an outbreak of a multi-drug resistant klebsiella in a hospital and by the end of the week, you have got E. coli that has this same resistant pattern.”

Who spearheads the research?

So if private companies are in no rush to pour money into new antibiotics, who will?

This is where researchers and health-care workers hope governments will step in.

“If you actually don’t feel optimistic, you can’t do what we do.”

Canada, for its part, spends $15 million a year on antibiotic projects, Ouellette said.

And Ottawa is considering its options on how to get Big Pharma to back antibiotic research. Tax breaks for companies that invest in the research, extended protection over antibiotics in the pipeline, and even fostering partnerships between academics and the industry are some of the ideas Ouellette’s department has bounced around, he said.

“They’re discussed at length and we’re trying to see what would be the best strategy.”

Cheeptham, for her part, is focusing on the task at hand – a collection of 266 bacteria samples taken from Raspberry Rising, a cave in B.C.’s Glacier National Park.

“It’s not every day you will find positive results, that is the research in itself,” she said.

“So there’s a reason to be optimistic. And I think it’s a good thing. Because if you actually don’t feel optimistic, you can’t do what we do.”