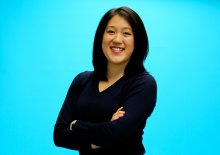 Veronica joined Global News in 2013. Since then, she has excelled as a writer, reporter and producer contributing to all Global News platforms. She is currently an associate producer for Global National, the network’s flagship newscast. Her online and television coverage has ranged from health to sports and politics – including having the prime minister step in to answer questions she posed to Finance Minister Bill Morneau about his financial holdings. Previously, she contributed to 16×9, Global’s former newsmagazine program.

Veronica earned her Bachelor of Journalism from Carleton University with a double minor in political science and Mandarin Chinese. She graduated with the university medal, awarded to the student with the highest standing in journalism.