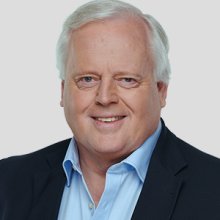 Since 1992, Ted has been an anchor, producer and reporter with the Global BC news team. After more than 15 years of working nights, he returned to the day shift in 2001, to report.

Ted began his journalism career working for CKX-TV/Radio in Brandon, Manitoba as a technical operator in TV production. He has worked in Australia and in Gladstone, Queensland, where he hosted a breakfast show and many remote broadcasts for Radio 4CD. He was also a network newsreader at 7BU in Tasmania.

After three years of traveling throughout 42 countries, the adventures broadened Ted’s scope and understanding of international culture and politics, before his return to Canada.

In Regina, he reported, wrote and read the news for CKCK-TV, Saskatchewan’s highest-rated television station. He also produced documentaries there. An increasing number of CTV National News assignments prompted his return to university.

He attended the University of British Columbia where he received a Bachelor of Arts, with a major in political science, and a minor in English, paying his way by working for CKNW radio as a beat reporter and news reader.

From radio, back to television: Ted reported for the CBC Evening News before anchoring the 11 p.m. local news. Then he was transferred to London, England where he wrote, produced and presented CBC’s television newscast that ran nationally on CBC Newsworld, as well as filing stories for The National.

Ted enjoys a wide variety of quiet and sedate pastimes like recreational flying, ice hockey, skiing, and sailing. He also holds two pilot’s licences. Ted is married with one child.