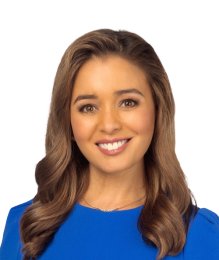 Su-Ling Goh co-anchors Global News at Noon Edmonton with Vinesh Pratap and is also the city’s only dedicated health journalist.

With more than 15 years of experience on the Health Matters beat, Su-Ling brings knowledge, perspective, context and heart to her accurate and award-winning stories.

She has a bachelor of science degree from the University of Alberta (with specialization in zoology) and a NAIT Radio and Television Arts diploma.

She has been honoured with national awards from the Society of Obstetricians and Gynaecologists of Canada, the Canadian Association of Paediatric Health Centres and the Canadian Medical Association.

She has also received three regional journalism awards from RTDNA Canada and a University of Alberta Alumni Award.

Su-Ling is a regular emcee for local events including the Glenrose Rehabilitation Hospital Foundation Courage Awards, the Mayor’s Awards for Persons with Disabilities and the University of Alberta Alumni Awards.

Her volunteer and advocacy efforts have garnered numerous awards from non-profit organizations such as the ALS Society, CNIB, the Kidney Foundation and the Alberta Rehabilitation Coordinating Council.

The St. Albert, Alta., native began her career in 1997 as a writer and videographer for A-Channel Edmonton (now CityTV), before moving to Calgary to become an entertainment reporter.

For six years, Su-Ling hosted “Inside Entertainment,” a national show on Global. She covered some of the world’s most glamorous red carpet events and interviewed Hollywood stars including George Clooney, Brad Pitt, Julia Roberts and Tom Cruise.

Highlights include walking the red carpet at the Cannes Film Festival and chasing down U2′s Bono at the Grammys. In 2006, Su-Ling was thrilled to return to her hometown to join the station she grew up with, Global Edmonton.

When she’s not busy being a “science and news nerd,” Su-Ling is spending time with her family. She and her husband Jason have two boys, Danick and Garrison.

You can email story ideas to Su-Ling.Goh@Globalnews.ca

WATCH: Su-Ling answers a few questions for Global Edmonton viewers, including: what’s your favourite movie, and what advice would you give to your younger self?

For more of Su-Ling Goh’s Health Matters reports, click here. You can also watch her videos below the photo gallery.