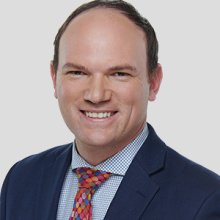 Richard Zussman is a reporter for Global BC based at the B.C. legislature. He joined Global BC in 2018.

Richard has won multiple Jack Webster Awards including for his coverage of the 2018 B.C. wildfires and the historic Confidence and Supply Agreement between the BC NDP and the BC Greens.

He has also won multiple RTDNA Canada awards and Edward R. Murrow awards for his coverage of B.C. politics and wildfires.

Richard helped lead Global BC’s coverage of the COVID-19 pandemic and continues to focus on the B.C. government.

He has a Masters in Broadcast Journalism from the Newhouse School at Syracuse University, as well as a Bachelor of Arts from Queen’s University.

Richard has co-authored a book on B.C. politics that chronicles the events in and around the 2017 confidence vote and end of B.C. Liberal dynasty.

He previous served as the Provincial Affairs reporter for CBC BC.

Richard lives in Victoria with his wife and journalist Liza Yuzda and their daughter and son.