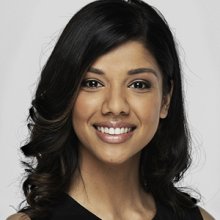 No stranger to shooting and editing her own broadcast stories, Neetu is a multimedia journalist based in Metro Vancouver.

When she’s not reporting for television, radio or online, Neetu is at the news desk anchoring the Global News Hour at 6 on the weekends on Global BC.

Neetu has covered everything from crime and politics to breaking news and international crises. She is drawn towards stories about social justice and equality and embraces the opportunity the job presents to hold powerful people to account.

Some recent highlights include being live from BC Green and BC NDP election-night headquarters in 2017 and 2020 respectively, on what would become historic nights in both years for the parties and provincial politics.

In 2017, Neetu reported every day for nearly three weeks straight in what would become an unprecedented wildfire season in B.C., travelling throughout the Interior providing coverage that balanced the evolving statistics associated with the raging blazes and the stories of real people, with real struggles.

In 2016, armed with curiosity and compassion, Neetu travelled to Greece where she was on the front lines of Europe’s refugee crisis. There, during the cold winter month of January, she witnessed the arrival of hundreds of people from primarily Syria, Afghanistan and Iraq who had made the dangerous crossing on the Aegean from Turkey to Lesvos. Pairing her footage which included images of the so-called “life jacket graveyard”, a real refugee cemetery and the rescue efforts with her interviews with asylum seekers, volunteers, locals and officials, Neetu produced a series with an on-the-ground look at the crisis.

In 2015, Neetu produced a series she filmed in Haiti, at a school built by volunteers and its connection to an elementary school classroom in B.C.

Neetu has been in the Global News family since she graduated from BCIT’s Broadcast and Online Journalism program.

Before landing her current job, Neetu worked as Global BC’s Vancouver Island reporter, based out of Victoria.

She previously worked at Global Okanagan, living in her hometown of Penticton and reporting from across the beautiful valley.

Her family is originally from Punjab, India.

Neetu is motivated by the support and guidance she received throughout her life from her late grandmother, who she calls Bibi, and by the sacrifices her parents made immigrating to Canada to raise a family and the opportunities this has given her.

When Neetu’s not working she’s likely spending time with her family and friends, exercising, travelling or reading a good book. Her not-so-guilty pleasure is definitely chocolate.