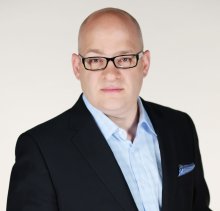 Mike Drolet is a Toronto correspondent for Global National but his job has taken him far from the borders of the Greater Toronto Area.

For the past 12 years, Drolet has worked in newsrooms across southern Ontario and Quebec covering floods and fires in the provinces, Hurricane Katrina and its aftermath in New Orleans and Canadian soldiers on the front lines in Afghanistan.

After graduating from the University of Western Ontario, Drolet moved to Wingham, then Windsor, Montreal and now Toronto. He has reported on natural disasters including the 2010 earthquake in Haiti and the Moore, Okla. tornado in 2013.

He informed the public about the devastating train derailment in Lac-Mégantic and the circus that ensued when Rob Ford finally admitted to smoking crack-cocaine.

Perhaps the most moving, Drolet covered the Sandy Hook Elementary School shooting in Newtown, Conn. just three months after the birth of his daughter. Though he has covered innumerable heart wrenching news stories, he says the tragedy in Connecticut was the most difficult for him.

Most recently, Drolet was on the scene when Canadians expressed shock at the unprecedented attack on Parliament in Ottawa that left two dead, many in lockdown and heightened security across the country. He also followed the story to Hamilton to cover the funeral and cross-province procession. Shortly after, he was back in Toronto to cover the 2014 mayoral election.

In his spare time, Drolet enjoys snowboarding, hockey, reading and travelling. He has also taken on some newer hobbies; with an active two year old girl he takes great pleasure in parenting and ballet.