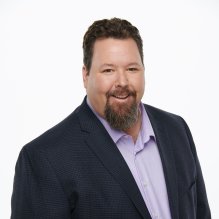 Larry has spent more than 30 years in radio as a news and sports anchor / reporter, program director and consultant.

Gifford hosts the podcast “When Life Gives You Parkinson’s” which details his journey with the disease as a guy in his mid-40’s with a family and a career. He was diagnosed with Young Onset Parkinson’s Disease in August 2017. The show was named “Best Podcast” by RTDNA West Region in 2020 and among the “Best of 2018” by Apple Podcasts.

Gifford serves on boards for the CKNW Kids’ Fund, Pacific Parkinson’s Research Institute, and the Michael J Fox Foundation Patient Council. He is also has been named an Ambassador for the 2022 World Parkinson Congress in Barcelona, Spain.