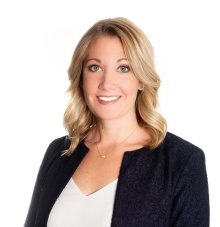 Growing up in Ontario, she spent most of her time around horses and competed as a show jumper. Her love of the mountains took her west to the University of Calgary where she graduated with a bachelor of arts degree. Her interest in journalism led her to Lethbridge College where she graduated from the Digital Communications and Media program.

In 2015 she was honoured to be chosen as the recipient of the “Troy Reeb Internship” where she spent time with Global’s 16:9, Global Toronto and Global National.

In her spare time, she enjoys snowboarding, travelling, being outdoors and spending time at the lake in the summer.

01:45
Global News at 10 Regina
Regina girl collecting donations for care kits to help those in need

01:57
Global News at 10 Regina
Municipalities of Saskatchewan to lobby province for wetland policy

01:51
Global News at 10 Regina
CAA Saskatchewan wait times up to 3 hours in some parts of the province

Some Moose Jaw, Sask., businesses say despite COVID-related travel advisories in and around Regina, people are still coming to the city. Continue reading →

The province is increasing its testing capacity, but booked appointments are no longer available for the majority of people in Regina. Continue reading →

Hayden Beaupre, 11, started in an initiative called “Haydens Helping Hands” and is making care-kits for men, women and kids in Regina. Continue reading →

Saskatchewan experts provide a glimpse into a post-pandemic future

With every COVID-19 vaccination, the future looks a little brighter. But when exactly will life as we once knew it go back to normal? USask experts say it’s hard to know exactly. Continue reading →

A hearing officer said former police officer Colin Magee was not given a reasonable opportunity to bring his performance up to an acceptable standard. Continue reading →

A Saskatchewan duo has come up with a creative way to permanently store memories and it’s captured the attention of senior care homes in the province. Continue reading →

According to a study, some Canadians are consuming more alcohol, which an expert says is leading to an increase in alcohol-related problems. Continue reading →

According to a study by the Canadian Wildlife Health Cooperative, the number one cause of death in bald eagles in Saskatchewan is poisoning. Continue reading →

The union representing workers at Pine Lodge Treatment Centre are raising concerns that the delay in relocating the facility from Indian Head to Fort San is putting lives at risk. Continue reading →

For years, groups like Ducks Unlimited Canada have pushed the province to develop a wetland policy, as Saskatchewan is the only province without one. Continue reading →

Regina’s executive committee voted 7-4 in favour of bringing forward changes that would put fossil fuels in the same light as tobacco, pot and weapons on Wednesday. Continue reading →

Some Saskatchewan sports organizations are turning to fundraising in order to keep their doors open amid current COVID-19 restrictions. Continue reading →

The letter carrier said he was suspended earlier this month after he refused to deliver samples of the Epoch Times newspaper. Continue reading →

RT @globalnews: Human knowledge, innovation, and invention have opened up possibilities that once seemed like science fiction. This prompte…

RT @globalnews: A group of fathers’ casual discussion around systemic racism has grown into a grassroots movement to bring equity to educat…