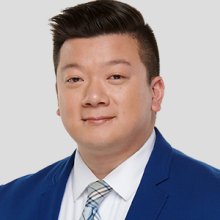 John is delighted to report in his hometown of Vancouver where he serves as Supervising Reporter at Global BC. His creative storytelling and investigative reporting have been recognized at every level including a Canadian Screen Award for Best Reportage, the Edward R. Murrow Award, and several RTDNA and Jack Webster’s awards.

John caught the journalism bug while working as an editor at the Ubyssey newspaper, as he obtained his undergraduate degree from UBC. He would later graduate from the Masters in Journalism program at Carleton University in Ottawa. He covered all three levels of government in the Nation’s Capital for nearly a decade.

Throughout his career, John has delivered leading local, regional and national news coverage from the attack on the National War Memorial and Parliament Hill to BC’s casino money-laundering scandal which led to a provincial inquiry.

When John is not proudly sharing the stories of this community, he enjoys camping, hiking, and will never say no to a pickup game of hockey. Most of all, John treasures the time he has with his lovely wife and three young boys, Oliver and twins, Hudson and Parker.