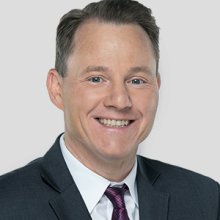 An accomplished journalist, sports anchor and articulate communicator, Jay has interviewed many of the world’s top athletes, from the likes of Tiger Woods, motorsport legend Mario Andretti, MotoX’s Travis Pastrana, and Denver Broncos owner Pat Bowlen, to name a few.

Jay’s work has often been recognized for reporting excellence. In 2014, the PGA of Canada named him BC Media Personality of the Year. For three years running, he has appeared on Georgia Straight’s ‘Best of Vancouver List’ of top three favorite sports anchors. In 2016, he was nominated for a Canadian Screen Award for his hosting work on Global’s national coverage of the Canadian Open.

Over his 20-year career, Jay also has had the privilege of interviewing many sports icons, among them Bobby Orr, Wayne Gretzky, Pat Quinn and Jack Nicklaus. Jay is a strong advocate for the role of sports in developing healthy communities and children. A proficient speaker, he regularly donates his time as a professional MC for various causes.

Jay has covered numerous major events across North America including: