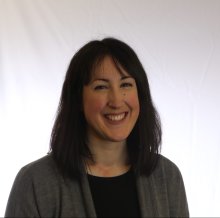 A native of Milan, Italy, Erica has lived across Europe, touching down briefly in Tehran, Iran, and has crisscrossed the U.S. twice over the span of five years. Since 2010, she has called Canada home. Erica got her start in journalism with gigs at Foreign Policy magazine, the AP and the Wall Street Journal, where she helped chronicle the Great Recession from New York.

In Canada, Erica worked at Maclean’s for three years, where she turned the magazine’s Econowatch blog into a popular reader’s guide to anything from the housing market to income inequality. She was also a regular scribe for Canadian Business magazine, covering U.S. politics and policy and their impact north of the border.

In 2014, Erica joined the Christian Science Monitor in Boston as an international business editor, managing a team of 20 foreign correspondents and over 200 stringers spread across four continents.

She’s now back in Toronto, where she spends most of her free time trying to keep up with her spirited toddler.

02:07
Global National
Money123: How to make a shift to save more money for retirement

02:13
Canada
How to save for retirement

02:04
Global National
Money123: How to budget for the holiday

02:04
Global National
Money123: How to budget for the holiday

02:18
Global National
Money123: How to build credit from scratch

02:15
Global National
Money123: The advantages of co-owning your home

02:31
Global National
Money123: Retail tactics that get you spending

02:13
Global National
What you might not know about your TFSA

02:25
Global National
Money123: Car loans can turn into a spiral of debt

01:55
Global National
Money123: What are the federal parties’ tax pledges?

02:24
Global National
Money123: What the parties are promising parents

Financial advice is exploding on social media, but can you trust it?

Global News is unravelling the many facets of influence these platforms have, including on young people’s investment decisions and their relationship with money.

Inflation: What Omicron could mean for prices in 2022

The spread of the Omicron variant could dent the global economic recovery. But will it also slow down inflation?

What the Bank of Canada’s renewed mandate means for inflation, housing

The new five-year compass for Canada’s central bank puts new emphasis on the job market, but little will change in practice, economists say.

In this excerpt from her new book ‘Money Like You Mean It,’ Global News money reporter Erica Alini discusses how to negotiate for what you want.

Food could in Canada could climb up to seven per cent in 2022, the biggest increase in 12 years.

Toronto startup Key, which is advised by former Bank of Canada governor Stephen Poloz, says it brings together the best of owning and rent. But not everyone agrees.

The share of home purchases by buyers who already have multiple mortgages is rising, data shows.

Omicron and travel: What new restrictions mean for refunds and insurance

If the new Omicron COVID-19 variant scuttles your plans this holiday season, will you get your money back? When the pandemic began some carriers adopted flexible booking options.

The global supply chain snarls have companies reconsidering the just-in-time model. But the corporate rethink goes well beyond larger inventories.

Parents worried about putting food on the table as inflation soars: Ipsos poll

Sixty per cent of Canadians with kids under 18 say they’re concerned about their ability to feed their family amid high inflation.

Frequently trading stocks in your TFSA? The CRA may have questions

Many young Canadians have started investing during the pandemic, often opening self-directed TFSAs. But too much trading inside a TFSA could trigger tax consequences.

Supply chain snarls engulfing global trade are complicating the task of keeping Canada supplied with out-of-season fruits and veggies. And the price of beef may continue to climb.

In this excerpt from her new book, ‘Money Like You Mean It,’ Global News Money Reporter Erica Alini delves into the buy-now, pay-later phenomenon.

The CPP earnings cap is increasing at the fastest rate in 30 years. Why and what it means

The severity of the impact depends on how quickly transport routes can be restored, experts say.

Jakarta has been described as the world’s most rapidly sinking city, and at the current rate, it is estimated that… twitter.com/i/web/status/1…

A man found with the boat said the vessel capsized in severe weather and that no one was wearing life jackets. trib.al/3jgKBN4

“I knew something bad was going to happen to Mr. Floyd,” one witness testified. trib.al/FhxwaUg