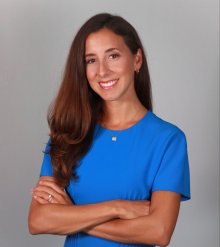 Emanuela is a video journalist on the investigative team at Global News. Her work has garnered a Radio Television Digital News Association Award and several Canadian Digital Publishing Awards.

Emanuela started her career in communications and media at the United Nations in Geneva where she focused her reporting on youth unemployment and labour rights, before returning to Canada to pursue a Master’s degree in Journalism at Carleton University. She’s worked as a daily news reporter for the London Free Press and her work has appeared in the Toronto Star, the CBC, the National Post and the Ottawa Citizen.

As an advocate for media literacy, Emanuela has worked as a media trainer in various countries in Africa with Farm Radio International. In Ghana, she reported on the discrimination women face in the labour market and hosted digital journalism workshops for local journalists. In Tanzania, she gathered stories on the field from local farmers and trained a group of radio journalists. Beyond the daily news grind, you’ll find Emanuela either eating, travelling or both.