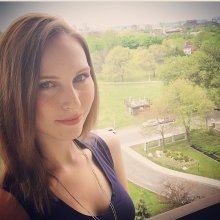 Dani-Elle Dubé is a lifestyle and entertainment journalist for Globalnews.ca based in Toronto.

Before her time with Global News, Dani-Elle was a multimedia reporter and photographer at the Ottawa Sun newspaper covering health and general news for both print and online with a focus on local news. One of her most notable stories includes an investigative series on the mismanagement of the local home healthcare system in Ottawa and across Ontario – a series which garnered her one of the top journalism awards at the 2015 Registered Nurses Association of Ontario Media Awards, as well as a nomination for an Ontario Newspaper Award. Dani-Elle was also a previous intern with the Global  News National Online Team back in 2014, and has since reported for other news outlets such as Yahoo Canada and several Canadian and American magazines.

When she’s not in the newsroom, Dani-Elle loves photography, movies, binge-watching her beloved television shows and travelling. Her favourite place to be in the world is New York City, but also loves to lounge on a picturesque tropical beach.