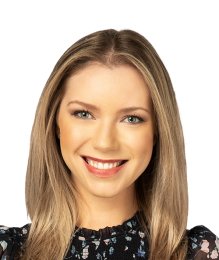 Chelsea Bird is an award-winning broadcaster, who has called Edmonton home for the last decade.

After graduating with honours from NAIT’s TV & radio broadcasting program in 2012, she began her on-air career on 103.9 CISN Country. She quickly took over the afternoon drive show, which she co-hosted for nearly three years.

After making the move to co-host the morning show on 104.9 Virgin Radio for the following three and a half years, Chelsea took a break from radio to appear on Global’s Big Brother Canada Season 7; the highest-rated season of the show’s history.

In 2013, Chelsea was named one of Edmonton’s Sizzling Top 20 under 30 for her accomplishments and involvement in the community. She most recently hosted the Alberta-made TV show The Moment.