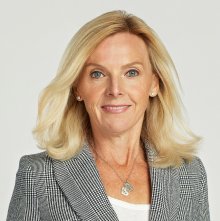 Catherine McDonald is Global News Toronto’s veteran crime reporter. Catherine worked as a reporter in Red Deer, Alberta and Victoria, BC before moving to Toronto in November 2000 where she has worked at Global since. She began reporting exclusively on crime shortly after covering the release of Karla Homolka from prison in 2005.

A graduate of McGill University and the Northern Alberta Institute of Technology, Catherine has covered some of the biggest crime stories in the Greater Toronto Area over the years, including the disappearance and murder of 10-year-old Holly Jones in 2003, the murder of Markham woman Alicia Ross in 2005, the Bruce McArthur serial killer investigation and the murders of billionaires Honey and Barry Sherman.

Spending a lot of time in court, some of the notable trials she won’t forget include the trial of two Mississauga sisters convicted of first-degree murder after drowning their mother in a bathtub in 2002, the trial of a Toronto anaesthesiologist convicted of sexually assaulting 21 women while they were sedated on the operating room table between 2006 and 2010 and the trial of three Toronto police officers charged with gang sexual assault. More recently, Catherine has covered the trial of a man found guilty of driving while drunk and stoned – killing a young father who was the son-in-law of a senior officer from York Regional Police – and the guilty plea and sentencing of a once well-respected lawyer who was married to a Justice of the Peace from Newmarket, who was convicted of bigamy and forging divorce documents.

When not chasing bad guys and telling the stories of the victims left behind, Catherine can be found at the gym or at the playground chasing after her two young girls.