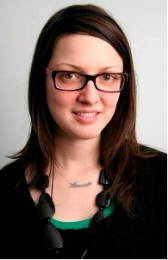 Throughout Amy’s  years on Parliament Hill, she has covered hundreds of hours of provincial and federal elections, committee meetings, filibusters and question periods. She is fascinated with the unpredictable game of politics, and considers herself privileged to be documenting Canadian political history as it unfolds. She helped launch Global’s flagship political show, The West Block with Tom Clark, for which she continues to contribute reports. Before moving to Global News in October 2010, Amy reported breaking news and national affairs for Postmedia News, where her writing appeared in newspapers across the country. Born and raised in Montreal, she carries a Bachelor of Journalism from Concordia University.

For the second year in a row, federal Finance Minister Bill Morneau will wear a pair of shoes from Edmonton company  Poppy Barley when he tables the federal government’s budget next week.

It may just be a tablecloth, but Conservative MPs allege it represents a clear violation of several rules governing the actions of MPs.

Up and down and up again: tracking Liberal budget forecasts since their election

Pop quiz: what is the Liberal government’s forecasted deficit for this year?

In a one-on-one interview, Finance Minister Bill Morneau conceded he answers to all Canadians, including journalists.

Canada child benefit: How your family is affected by the latest changes

Bill Morneau benefiting from loopholes while closing others on ‘honest’ workers, Conservatives charge

The opposition zeroed in on two revelations regarding the finance minister’s substantial personal wealth: that he still owns his shares in his family’s business, and that those shares are held in a numbered company in Alberta.

Stacked up against the other proposals a tax rate reduction for small businesses isn’t enough to keep people in Canada, said one expert.

Canada, Mexico reject U.S. NAFTA proposals as latest round of talks wind down

The proposals in question revolve around the dairy and auto sectors, dispute resolution, government procurement and a sunset clause.

Edmonton terror suspect Abdulahi Sharif had no known criminal activity when he showed up at the Canadian border in 2012, which is why he was able to claim asylum despite a deportation order from U.S.

Politics
October 4, 2017 2:40 pm
Liberals have a lot of gun-control promises left to make good on, but insist it’ll all be done soon

Public Safety Minister Ralph Goodale says he expects to have legislation on all outstanding gun-control promises on the table before the end of the year.

The Conservative MP thanked the Liberals for their nomination but said she didn’t want the job. Still, the Liberals forced the vote and used their majority to vote her in.

Until last night, the deadliest mass shooting in modern U.S. history was the June 2016 attack at Pulse nightclub in Orlando, Fla. Here are the others that top the list.

The Ontario student, who lost both of his parents to their mental illnesses, said he sees this meeting as a big step, but knows he has a lot of work still before he can rest.

Liberal and NDP members said they could not support Conservative Leader Andrew Scheer’s nomination of Rachael Harder because of her voting record on women’s rights and a prior endorsement.

Darius holds the record for the world’s longest rabbit. It’s unclear who holds him at the moment. trib.al/odbfTBJ

Darcie Little Badger, an Indigenous author and a Nebula Award finalist for her recent novel, shares her experience… twitter.com/i/web/status/1…