Calgary’s fire chief admits he has a problem with racism on his hands.

“We know that individual acts of racism and systemic racism have occurred and continue to occur in small pockets within the county fire department,” Chief Steve Dongworth said Wednesday. “And we are working hard to uncover and address it wherever we can.”

Since his promotion to chief in 2014, Dongworth has overseen an inclusion council, respect and inclusion programming, training on inclusivity and “active bystander training, where they’re taught to speak up if they see behaviour that jeopardizes the physical or, more importantly, the psychological safety and dignity of others in the workplace.”

Dongworth said fire halls have posters “that describe what crossing the line looks like as far as behaviour.”

The fire chief also said that the last five years of learning have culminated in their “Inclusion Approach 2021” plan.

“The first thing that has to be done is expectations have to be set and we have to hold people accountable,” Dongworth said.

He said the CFD has “made it clear” there’s zero tolerance for stepping outside the city’s Respectful Workplace Policy.

“Zero tolerance doesn’t mean we fire everyone,” he said. “Zero tolerance means we don’t let anything go by without the appropriate response. And sometimes that’s just a conversation in the workplace. At times, maybe it is firing people.”

According to Dongworth, the CFD has fired a total of five members in the past 10 years for breaches of respectful behaviour policy.

He also said the diversity and inclusion work is being done through a number of “lenses,” including safety, anti-oppression, gender-based analysis, decolonization, accessibility, and fire service culture.

Dongworth said he is also looking at nine calls to action from a group of active and retired BIPOC firefighters in Calgary.

Those calls to action include:

“In fairness, some of those are things we’re already doing,” Dongworth said. “But we will take a close look at those nine recommendations. Where they’re practical and aligned with our approach, we’ll move those forward.”

But one former firefighter said the diversity and inclusion programs within the CFD aren’t working.

“People run from those programs because they look good on paper… when you bring them up on a public display,” retired CFD member Shannon Pennington told Global News. “But there’s nothing to indicate that anybody trusts it. They’ve lost the trust of those people who were abused: the women, the visible minorities.”

Pennington is part of a group that put the calls to action to Dongworth in a letter, with the aim to have the CFD address racism.

“Certainly, Chief Dongworth was well aware of the racism as it existed.”

With Indian heritage, Pennington said he experienced racism and race-based abuse on the job. But when his crew was dispatched to a fire in a more diverse community in the city’s northeast, he said citizens who saw a skin tone similar to theirs were more willing to talk to him rather than his white colleagues.

Pennington, founder of the North American Firefighter Veteran Network, has become a de facto mentor and confidant for CFD members experiencing racism and PTSD stemming from workplace abuse since his retirement 21 years ago.

“Why am I consistently hearing back from people who are intimidated, threatened, coerced?” Pennington said. “Why have I become some sort of a lightning rod along with my two other cohorts Anwar Emery and Chris Coy? Why?”

In the presentation, Black and city manager David Duckworth unequivocally denounced harassment and discrimination in the workplace, reiterating the City of Calgary’s anti-racism mandate.

“This is why it’s so important to talk about culture change,” Black said, noting specific incidents are always investigated. “This is transformative change.”

“We will identify milestones and we will track and report them to council, but we will also understand that the change is going to continue into the future.”

Tweet This Click to share quote on Twitter: "We will identify milestones and we will track and report them to council, but we will also understand that the change is going to continue into the future."

Black admitted the CFD doesn’t have a formal count of BIPOC members and said as of June 2020 it had 40 female members, representing about three per cent of the fire service.

Black said the CFD is collecting information “to make sure that they are positioning to be effective in building the kind of culture that they want to have.”

Pennington said about four per cent of CFD members are visible minorities.

Dongworth’s presentation came less than a month after a CBC report alleging BIPOC firefighters were subjected to racism on the job, calling it a “toxic work environment,” the October 2020 appointment of the city’s anti-racism action committee, and council’s June 2020 commitment to anti-racism.

On Jan. 20, Mayor Naheed Nenshi said the report resulting from a fall investigation into allegations that were first raised in the July 2020 anti-racism hearings would be released “soonish.”

Black told the city’s community and protective services committee on Wednesday that the report would not necessarily be made public since the investigation was a personnel matter.

The city committee also voted to add two more seats to the city’s anti-racism action committee, after the committee realized it didn’t have an anti-racist feminist perspective represented among its members.

Ward 9 Coun. Gian-Carlo Carra said this move is part of the new committee striking a balance between representation and size. Carra said council expected that committee to make recommendations for change after reviewing their terms of reference, changes that would allow them to move with quickness responsibly.

“The fact that they’re just saying, ‘Look, we would like to add two people to be more broadly representative,’ I think is a pretty good indication that we got most of those things right and that the committee is doing their work,” Carra said. 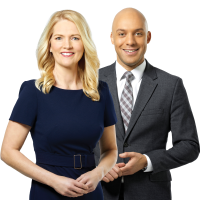