Canada added 378,000 net new jobs in September, Statistics Canada says. The gain, which was far stronger than economists expected, brings employment to within 720,000 of its level in February, before the novel coronavirus pandemic took hold in Canada.

READ MORE: CERB to EI — What to know about transitioning to the new coronavirus benefits

The unemployment rate dropped for the fourth consecutive month, declining 1.2 percentage points to 9 per cent. 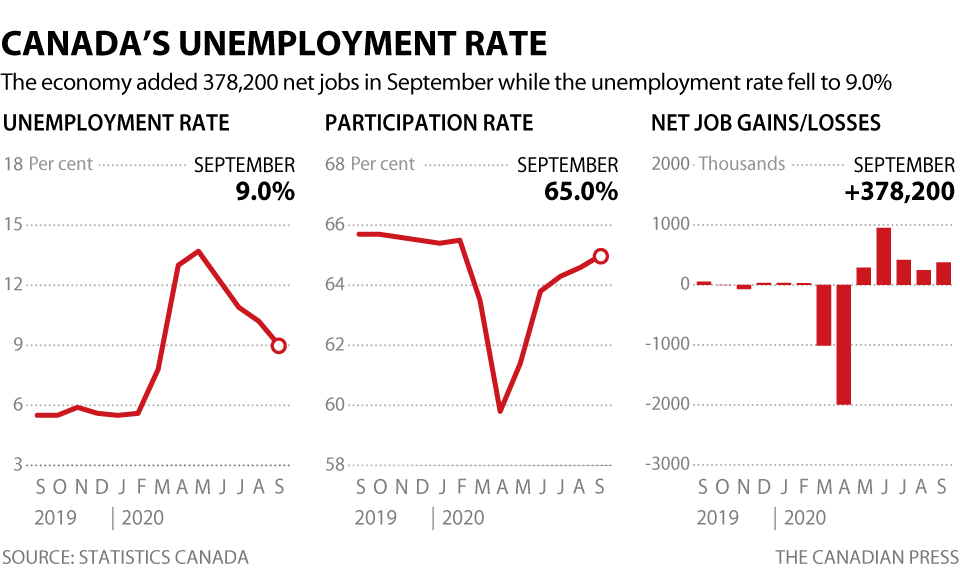 Financial data firm Refinitiv found the average economist was expecting 156,600 new jobs in September and an unemployment rate of 9.7 per cent.

Statistics Canada says mothers and fathers had employment levels that matched what was recorded pre-pandemic, but notes it is taking longer for mothers to get back to regular working hours.

The number of mothers who worked less than half their usual hours in September was 70 per cent higher than in February, compared to 23.7 per cent for fathers.