After a layoff spanning six-and-a-half months, the Winnipeg Symphony Orchestra was able to fill the Centennial Concert Hall with the sound of music once again.

The WSO kicked off its 2020-21 Recomposed schedule on Friday and Saturday with opening night performances of Beethoven and Bach.

And while fans were allowed back into the seats, it was a much smaller crowd than the world-renowned group is used to playing to — with just 427 of the over 2,400 seats at the concert hall allowed to be filled.

“Timed entrances and [filling] every second row,” said executive director Trudy Schroeder when asked what initiatives were the biggest help when filling up the hall to a safe capacity. “We have a person sitting in their seat, then three empty seats beside them. The row behind them would be completely empty, and the next row would have people sitting behind the empty seats in a criss-cross pattern.”
Story continues below advertisement

It was a different look on the stage, as well, with barriers and physical distancing spreading the musicians far beyond their usual tight-knit setup.

“There were these huge spaces between them,” Schroeder explains. “The flutes — which are considered to be the most ‘dangerous’ spraying instruments — were playing within these plastic enclosures on nearly all sides.”

“It was both totally normal, and so weird, at the same time.”

The opening night performances didn’t just feature the two legendary composers, but also the work of George Walker, an African-American composer who was the first Black man to receive the Pulitzer Prize for music.

“During the shutdown, we’ve also been very aware of the role we all have to play as community institutions in doing our part to change the parts of systemic racism that perhaps apply to our field,” Shroeder says.

She says fans often don’t get to hear his works on symphony programs.

“He wrote a beautiful eulogy in memory of his grandmother and we played that last night as an addition to our program related to Black Lives Matter. It’s an absolutely beautiful piece of music that deserves to be played in concert halls around the world.”

The WSO had to re-think its winter schedule significantly, but Schroeder says they’ve tried to keep the essence of the schedule in mind while retaining as much as possible from the original plan.

Some performances, including the 2020-21 Kids Concerts series, Handel’s Messiah and Bach’s Christmas Oratorio are cancelled.

The WSO is next on stage Oct. 16 and 17 for their Pops! concert series, which features a made-in-Manitoba theme.

“All of the soloists will be from Manitoba. We’re playing more music of a different style, with three different, wonderful Manitoba performers on the roster: Don Amero, Kelly Bado and [the duo of] Erin Propp and Larry Roy.”

Tickets and a full schedule can be found here, or by calling the Winnipeg Symphony Orchestra box office at 204-949-3999. 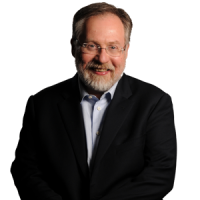