The man taken into police custody following an “armed” incident on the grounds of Rideau Hall early Thursday morning is a member of the Canadian Armed Forces, officials say.

Sources tell Global News that the suspect was a member of the Canadian Rangers, a group of reservists responsible for patrolling Canada’s North.

Sources also say the man had multiple firearms — one rifle and two shotguns — and that he told police he did not want to hurt them or anyone there. The man had one of the firearms in his hand when he was arrested, the sources said.

One source said the man indicated he wanted to speak to the prime minister and send him a message. He surrendered to police peacefully.​​

The man said he had recently lost his job and expressed frustration about government payouts amid the coronavirus pandemic. He said Ottawa wasn’t doing enough, according to sources.

A vehicle found at the scene had Manitoba plates, sources said.

The Canadian Forces issued a statement late Thursday afternoon confirming the man is a member.

“We can confirm that the individual arrested by the RCMP this morning in the vicinity of Rideau Hall is a member of the Canadian Armed Forces,” said the statement.

“The Canadian Armed Forces is collaborating closely with the RCMP. As the RCMP is the lead investigative body for this matter, it would be inappropriate for us to comment further at this time.”

According to that statement, the man broke through the gate to the grounds with his vehicle around 6:30 AM and then walked to a greenhouse structure on the grounds “where he was rapidly contained by RCMP members who were on patrol in the area.”

“While an RCMP member began dialogue with the suspect, the RCMP National Division Emergency Response Team was also dispatched and arrived shortly after 7 AM,” the RCMP said.

“The armed suspect was apprehended shortly before 8:30 am without any incident and he was brought into police custody for questioning … the suspect’s identity will be confirmed as soon as possible.” 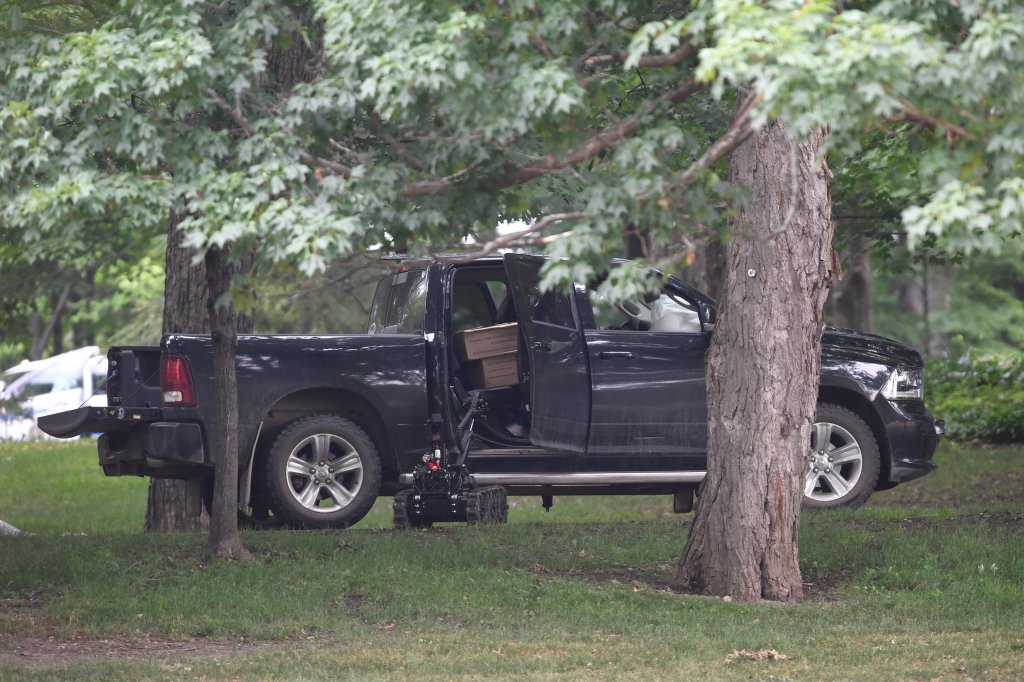 Prime Minister Justin Trudeau also lives at the nearby Rideau Cottage located on the park grounds.

Neither Payette nor Trudeau were home at the time of the incident.

The RCMP said charges are pending, and they are in the process of interviewing the individual.

His name has not been released at this time.

(1/2) At approximately 6:40 this morning, an armed man was able to access the grounds of 1 Sussex Drive. The Prime Minister and the Governor General were not present at the moment of the incident.

(2/2)The man was arrested shortly after without any incident. He is currently in custody and is being interviewed. We are not releasing his identity at this time as charges are pending.

RCMP said they acted quickly and no one was hurt in the operation.

“Rapid intervention by law enforcement led to the safe apprehension and arrest of the suspect by members of the RCMP,” the force said in an email.

“There were no injuries reported.”

Payette thanked police for their response in a tweet and confirmed both she and her staff are safe.

We thank the RCMP and police for quickly resolving the situation this morning at #RideauHall. All of our staff are safe. https://t.co/DNj0cIpXea

A police robot was seen approaching a black pickup truck parked on the grounds Thursday morning, a move RCMP say was taken as a precaution.

The vehicle’s airbag appeared to have been deployed and the rear passenger side door was open, showing a stack of cardboard boxes in the truck’s backseat.

— With files from Global’s Mercedes Stephenson, Craig Lord and the Canadian Press