In less tumultuous times, revelations about the foreign affairs minister being deeply indebted to a state-run bank controlled by one of Canada’s main adversaries might be very big news indeed.

As it turns out, dealing with the pandemic in addition to focusing on important issues around racism and police brutality have relegated the plight of François-Philippe Champagne to the proverbial back pages. Understandably so, perhaps — the latter might be somewhat scandalous, but the former issues are much more impactful on so many levels.

READ MORE: Scheer calls for explanation from Champagne on mortgages from Chinese bank

But this matter concerning the minister should not escape our notice and the troubling status quo now revealed cannot continue. We obviously have a considerable number of rather pressing issues with the Chinese government and we should therefore be hyper-sensitive about the possibility that any of our top diplomats — let alone our top diplomat — could be vulnerable to any sort of pressure or influence.

It was revealed by The Globe & Mail this week that Champagne has two separate mortgages with the state-owned Bank of China, and still owes a total $1.2 million. The properties were purchased in 2009 and 2013, when Champagne was working in the U.K.

At this point, there’s nothing to suggest that there was anything untoward about either of the loans or that it has in any way influenced negotiations with China or any other decision Champagne has made as foreign affairs minister (or previously as minister of international trade). But certainly, there’s an onus on him to make sure he’s avoiding any appearance of a conflict of interest or any possible situations where he could be compromised.

Was it merely a coincidence that Champagne happened to heap praise on the Chinese government in a now-infamous 2017 interview with a state-backed Chinese television network? Perhaps.

Was it a coincidence that Champagne last month refused to thank Taiwan by name for supplying Canada with medical supplies, even though he had publicly thanked China for doing the same? Perhaps.

This new revelation, though, at least creates the appearance that other factors might have motivated those public statements. Hence, the need to avoid even the perception of impropriety.

Champagne’s debt was disclosed to the ethics commissioner, but it does not appear that Champagne has taken any steps to move or refinance the loans — or even to sell these London apartments — in order to separate himself from the Bank of China. If he was unable or simply unwilling to do so, then perhaps foreign affairs was not the portfolio for him.

This needn’t confine him to the backbenches, but there are obvious cabinet responsibilities where this sort of thing is much less of a concern. One of those two things should have happened and yet neither did. Some explanations should be forthcoming.

The opposition Conservatives have called for an emergency meeting of the special committee on Canada-China relations to discuss this matter, and to have both Champagne and Prime Minister Trudeau appear to answer questions. That seems entirely reasonable and appropriate under the circumstances.

Between COVID-19, trade disputes, the two detained Michaels (Kovrig and Spavor), and Huawei (both the pending decision on 5G and the Meng Wanzhou situation), Canadians deserve to know that the decisions being made by the government are not being influenced at all by any personal interests or concerns.

These are the biggest foreign policy issues currently facing Canada. People might disagree with the government of the day’s foreign policy, but we should be able to trust that decisions are being made based strictly on a desire to advance Canada’s interests.

If the minister is not willing to fix this situation, then it’s up to Trudeau either to demand Champagne do so or demand he resign. This is too problematic to ignore. 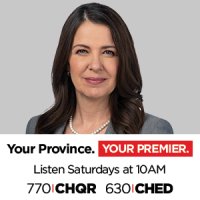