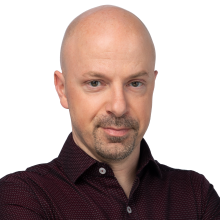 Rob brings over 20 years of experience in the radio industry, having joined 770 CHQR radio in 2003 after six years with 630 CHED radio in Edmonton.

Rob has been a weekly columnist with the Calgary Herald for nine years, and has also been a contributor to the National Post. He has appeared as a pundit and commentator on several TV shows.

In 2012, Rob was a recipient of a Queen Elizabeth II Diamond Jubilee Medal, meant to recognize and honour significant contributions and achievements by Canadians.

Rob lives in Airdrie with his wife, their two kids, and dog.