Two planes came close to colliding over the skies of Kelowna last year.

On Thursday, the Transportation Safety Board of Canada released information on the incident, which involved a WestJet Encore Bombardier Q400 and a privately owned twin turboprop aircraft on Jan. 3, 2019.

The safety board says aircraft are required to have a zone of safety around them, but that a software update and other factors led to the two planes passing much closer than normal.

The WestJet flight was travelling southwest, from Calgary to Nanaimo, while the twin turboprop Piaggio P.180 was flying northwest from Spokane, Wash., to Kamloops.

“At that time, the aircraft were at the same altitude and less than 5 nautical miles from each other on converging tracks,” said the report.

“At 10:21:20, the Q400 flight crew received and responded to a traffic alert and collision avoidance system resolution advisory to descend. At approximately the same time, the Piaggio P.180 received a traffic advisory.

“At 10:21:49, there was 1,000 feet of vertical separation and 0.9 nautical miles of lateral separation between the two aircraft. Both flights continued to their destinations without further incident.”

In an email to Global News, WestJet said it “commends its flight crew on WS3109. The crew responded swiftly and appropriately when alerted by the traffic alert and collision avoidance system (TCAS) of another aircraft in its proximity. TCAS is one of many redundant layers of safety built into the air navigation system.” 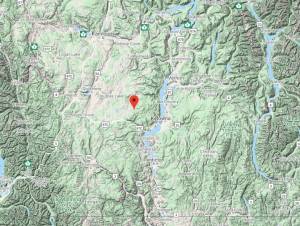 It also said flight data processors in Vancouver had undergone a software update prior to the occurrence, but previous information had not been purged from the system. That led to a disparity error between the flight plan data and the radar-identified flight path of the private plane.

Furthermore, it said the air traffic controller was not familiar with such disparity errors, and in his attempts to resolve the discrepancy for the Piaggio, did not identify the potential conflict between the flight plans.

It also said the controller was under a high workload, and that the controller did not see or hear the visual and audible warnings as the two planes approached one another.

“The traffic alert and collision avoidance system on board the Westjet Encore flight alerted the crew to decrease altitude,” said the report.

“The pilot of the Piaggio maintained altitude and saw the Westjet Encore aircraft descending.”

The report said the investigation also identified risks regarding controller familiarity with equipment errors, and the adequacy of controller workload monitoring by team supervisors.

For more on the report, click here and here.