A century-old tradition will continue at the Strat. Beljan Development’s Chris Dulaba confirmed a libatious tenant will occupy the ground floor of the updated historic Strathcona Hotel.

On Tuesday, Dulaba said the first tenant was already inside, working on the fit-out to recreate what was one of the city’s very first pubs.

Leopold’s Tavern will lease 3,500 square feet on the ground floor of the southeast corner of the rebuilt landmark that is now in the home stretch of construction following a fire almost a year ago.

Read next: This gibbon became pregnant while living in isolation. How is that possible?

“Very fitting that we have this great, unique pub, which does pride itself on actually taking every little space that they occupy and some how reflecting some of the history of the building,” Dulaba said.

Tweet This Click to share quote on Twitter: "Very fitting that we have this great, unique pub, which does pride itself on actually taking every little space that they occupy and some how reflecting some of the history of the building," Dulaba said.

“They are located in some of the heritage buildings in other locations throughout Western Canada and so, in this case, they had a lot to work with, considering the history of the building.

“Some of the first Edmontonians in the city probably likely stepped foot in that tavern at one time or another, especially if you were coming off that rail line that terminated one block south. That was one of the first hotels and taverns when you got off the train and wet your whistle.”

Tuesday’s rezoning was a bureaucratic update to allow for a new “floor-area ratio” because the new version of the Strat will have the basement developed.

Dulaba said what used to be storage space will now be used for retail. A stairwell on the east side of the building that was used some 70-80 years ago will be restored.

Bricked-in window sills were also discovered during the renovation process, which suggests to Dulaba that Gateway Boulevard was once lower than it is now.

The city has already approved $460,000 in support because of the historical context of the hotel. Dulaba is seeking additional assistance because of a structural problem that was found in the basement.

“One of the things we did find, peeling back some of the layers in the basement, was that the northeast basement wall was leaning a little bit inside. That required structural enhancements because that is part of keeping the building up.

“The city will look at funding some of those components.”

Dulaba said they’re awaiting word from the province on financial help because of the historic designation it has with Alberta as well.

Inside, right now, you’ll find that it’s down to the studs.

“The studs that were built in 1891, in the first phase, and the subsequent phase, in 1905, so you’re looking at probably some first growth Douglas Fir type wood that’s petrified and really difficult to pound any type of nails in.

“But you become a little bit nostalgic walking through it, realizing this was only seen when being built over 129 years ago.”

Dulaba said the exterior is nearly done, as scaffolding was removed a few weeks ago. Some small touches are needed to finish the navy blue paint job that had to be approved by historical representatives from both the province and the city to match what was the appearance of the time.

Although Dulaba said they know now, they didn’t get it exactly right.

“We didn’t find out until after we agreed to do the navy blue… We were tearing back some of the walls in the north building, which exposed the old facade of the southern portion which was the first phase, that it was actually fire engine red.”

An atrium at the rear of the building is the next phase, which Dulaba said should go up quickly. He also hopes to preserve, if possible, some of the fire-damaged interior frame from a year ago.

Leopold’s is expected to open in July or August at the latest. Some 100-year-old bottles discovered behind stripped-away walls in the basement are expected to be preserved to decorate the pub.

And Dulaba anticipates a menu item from way back when will be resurrected: pickled eggs. 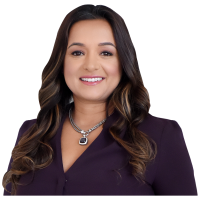