Calgary council votes to investigate one of its own

Calgary city council has voted unanimously to conduct a forensic investigation of the expenses of Councillor Joe Magliocca.

Magliocca has been under fire after a Postmedia investigation into his expenses into last year’s Federation of Canadian Municipalities Conference which showed he expensed far more than any other councillor.

Then there was further controversy when the city’s integrity commissioner recused himself from investigating a complaint against Magliocca because he did not know the Ward 2 councillor had expensed to the city the cost of a social lunch the pair shared in July 2019.

On Monday, council voted to give the city auditor the authority to find someone internally or externally to conduct the investigation.

“It would be a deep dive in looking at what has been submitted, through that we would also need to understand if there were things that should have been submitted differently than they were,” said Kathy Palmer, the city auditor.

She’ll be looking at Magliocca’s expenses at the FCM conference as well as all his ward expenses going back to October 2017.

The vote for the forensic investigation was 14-0 as Magliocca stood up in chambers and said he could not vote on the matter.

“In order to prevent anything of a conflict, I removed my name from the notice of motion but I remain supportive of this decision. I thank my colleagues for bringing this forward and I’m going to excuse myself based on a pecuniary interest.”

Earlier Monday, Magliocca released a statement, his first comments on the matter since standing up in council a few weeks ago to apologize for his expenses at the FCM conference and before the issue with the integrity commissioner.

“This has been a very embarrassing mistake I have made. I promise to learn from this mistake and move forward in a positive way.” Magliocca wrote.

Magliocca also stated that he has voluntarily repaid any alcohol-related expenses he has submitted dating back to the 2017 municipal election — how much that is isn’t known.

There is no timeline on when the investigations will be complete.

“When you’re doing a forensic audit you don’t necessarily know where the path will lead, so it will be a little premature to give you a concrete date,” Palmer said. She has promised council an interim report during the process.

Councillor Druh Farrell said she expects to see at least one change.

Still to be decided is who will investigate a formal complaint filed against Magliocca now that the integrity commissioner has recused himself.

“All of that stuff is in limbo and until we sort that out, this is our best course of action” said Councillor Jyoti Gondek, who spearheaded the motion to look at the expenses of Magliocca and a better governance process for expenses.

“What we do with those existing complaints is a different discussion for a different day. But, I do believe that the people who have filed complaints deserve to be advised we are taking some sort of action and we will come up with a plan and in the meantime this is being done.” 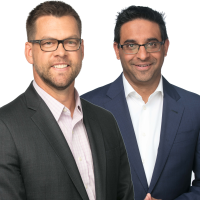