One man was treated in hospital following a house fire in the community of Mount Pleasant on Tuesday, according to the Calgary Fire Department.

East District Chief Andy Poniecki said the fire broke out at a single-storey home in the 600 block of 28 Avenue Northwest at around 1 a.m.

When crews arrived, they found large volumes of smoke coming from the rear of the home.

“The lone occupant of the home was transported to hospital by [paramedics] to Foothills hospital with minor smoke inhalation and also carbon monoxide concerns,” Poniecki said. 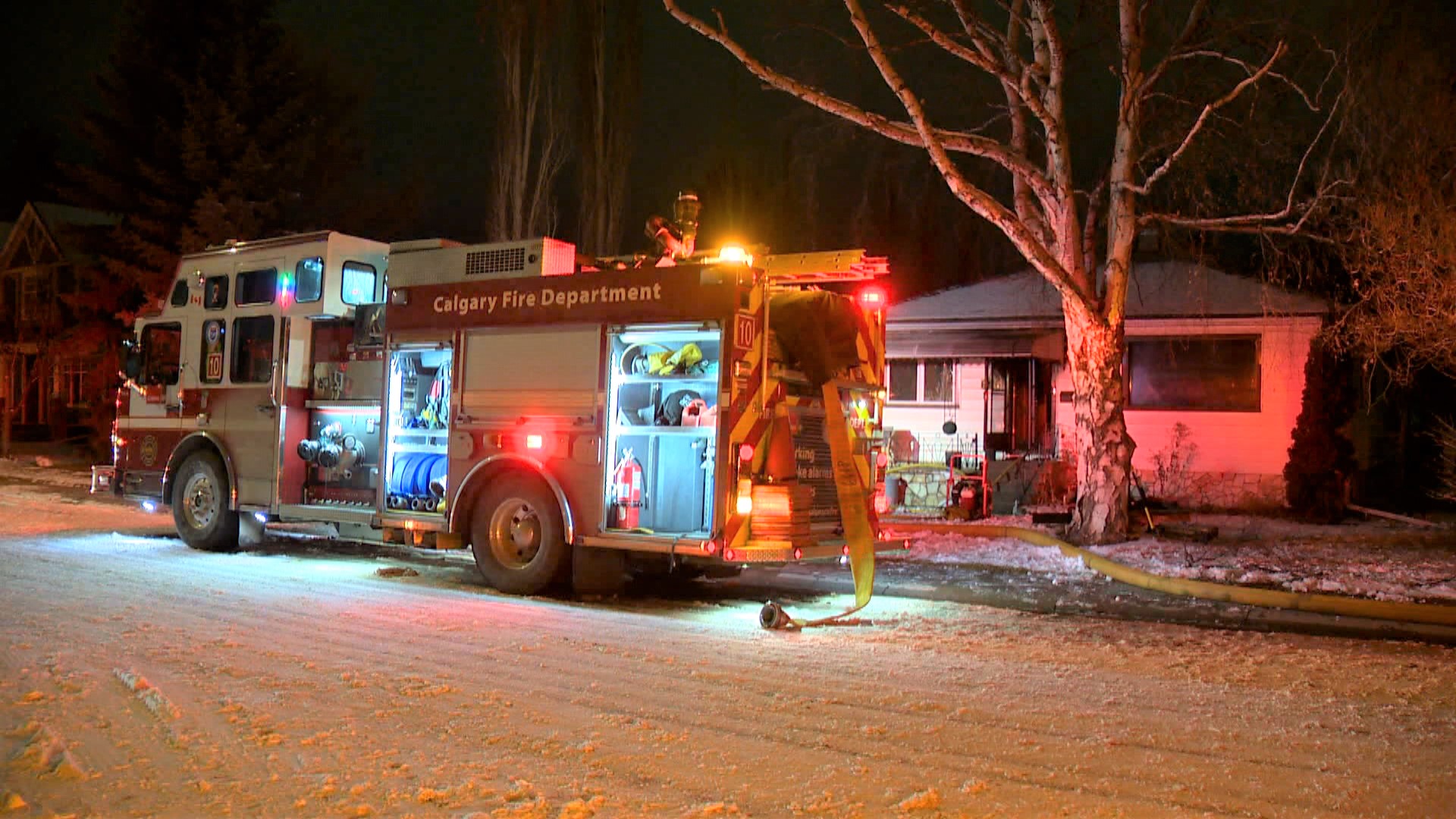 He said the fire was contained mainly to the room of origin near the rear of the house.

Two neighbouring homes were evacuated for a short period of time, but residents were eventually allowed back in once air quality was deemed safe.

The cause of the fire remains under investigation.

It’s unknown if the home had working smoke alarms.

Anyone with any video or information on the fire is asked to email piofire@calgary.ca.