The Kitchener-Waterloo real estate market continues to tilt heavily in favour of sellers despite a slowing sales in August, according to the results of a new study released by Zoocasa.

The real estate website looked at 32 neighbourhoods across the two cities and determined that 25 favoured buyers while just three favoured sellers. The other two were considered balanced markets, according to Zoocasa’s look at sales-to-new-listings ratios (SNLR) between July and August 2019.

SNLR is determined by dividing the number of sales by the number of new listings brought to market over the course of the month. A score of between 40-60 per cent indicates a balanced market whereas anything that ends below that number is in favour of buyers and above conversely favours buyers.

Zoocasa points to the affordability of housing in Kitchener as one of the main reasons the SNLR remains tilted toward buyers.

Zoocasa says that all 11 of 13 neighourhoods in Waterloo were sellers’ markets with some of the more affordable areas of the city scoring the highest SNLRs. 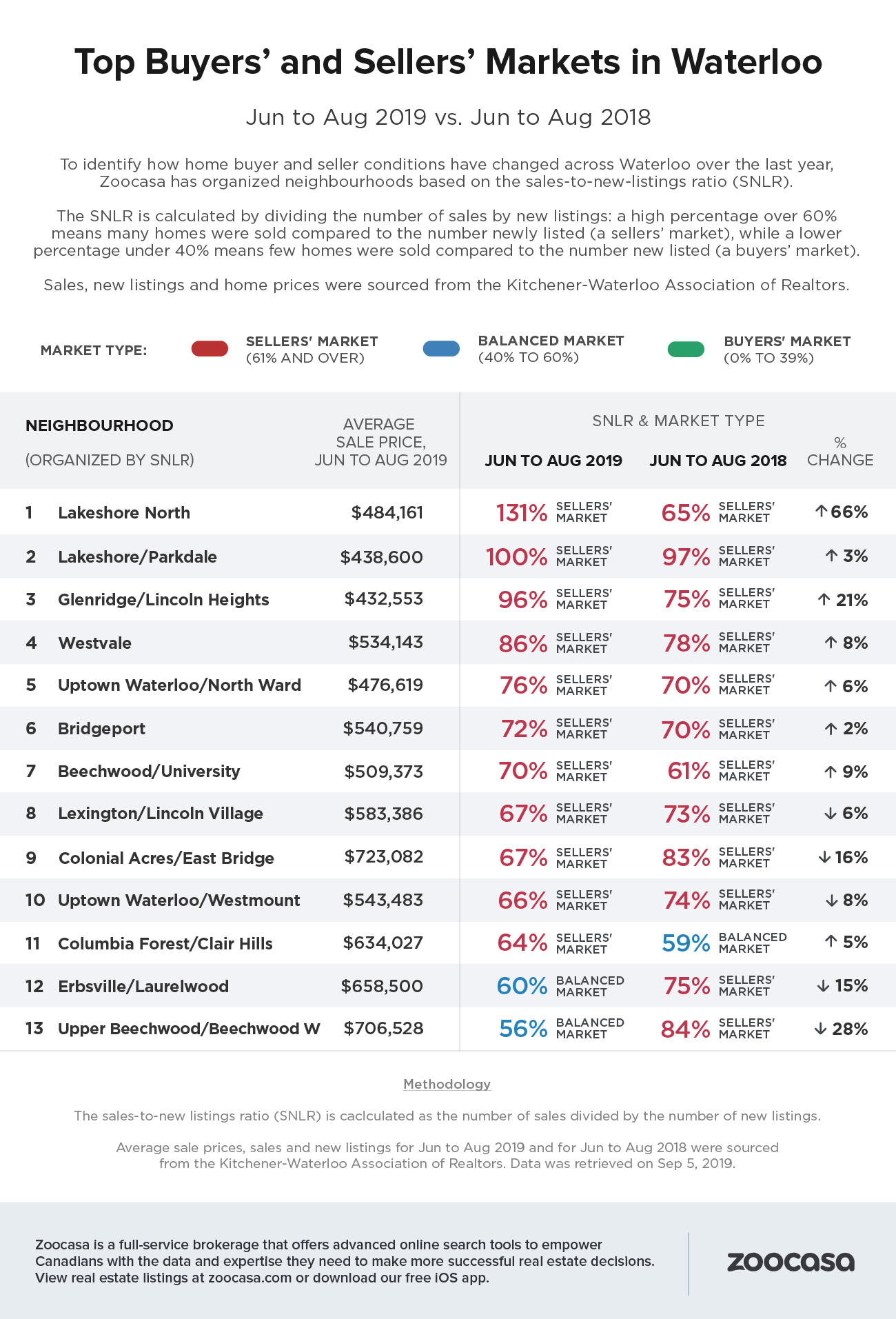 Erbsville (60 per cent) and Upper Beechwood (56 per cent) are the only two areas with balanced SNLRs and it should come as no surprise that they are also two of Waterloo’s more expensive areas as the average sale prices clock in at $658,500 and $706,528.

Things are slightly different in Kitchener as some of the more affordable areas of the cities are balanced markets.
West Ward (59 per cent) and Rockway South Ward (54 per cent) were all considered balanced markets despite the average sale price being $383,307 and $399,763 respectively.

Pioneer Park/Doon (59 per cent) was also balanced whereas the cities’ most expensive area, Hidden Valley/Pioneer Tower, and Trussler were each considered sellers’ markets. The latter two neighbourhoods could be considered slightly skewed as there were less than 10 sales in each area over the period of the study. 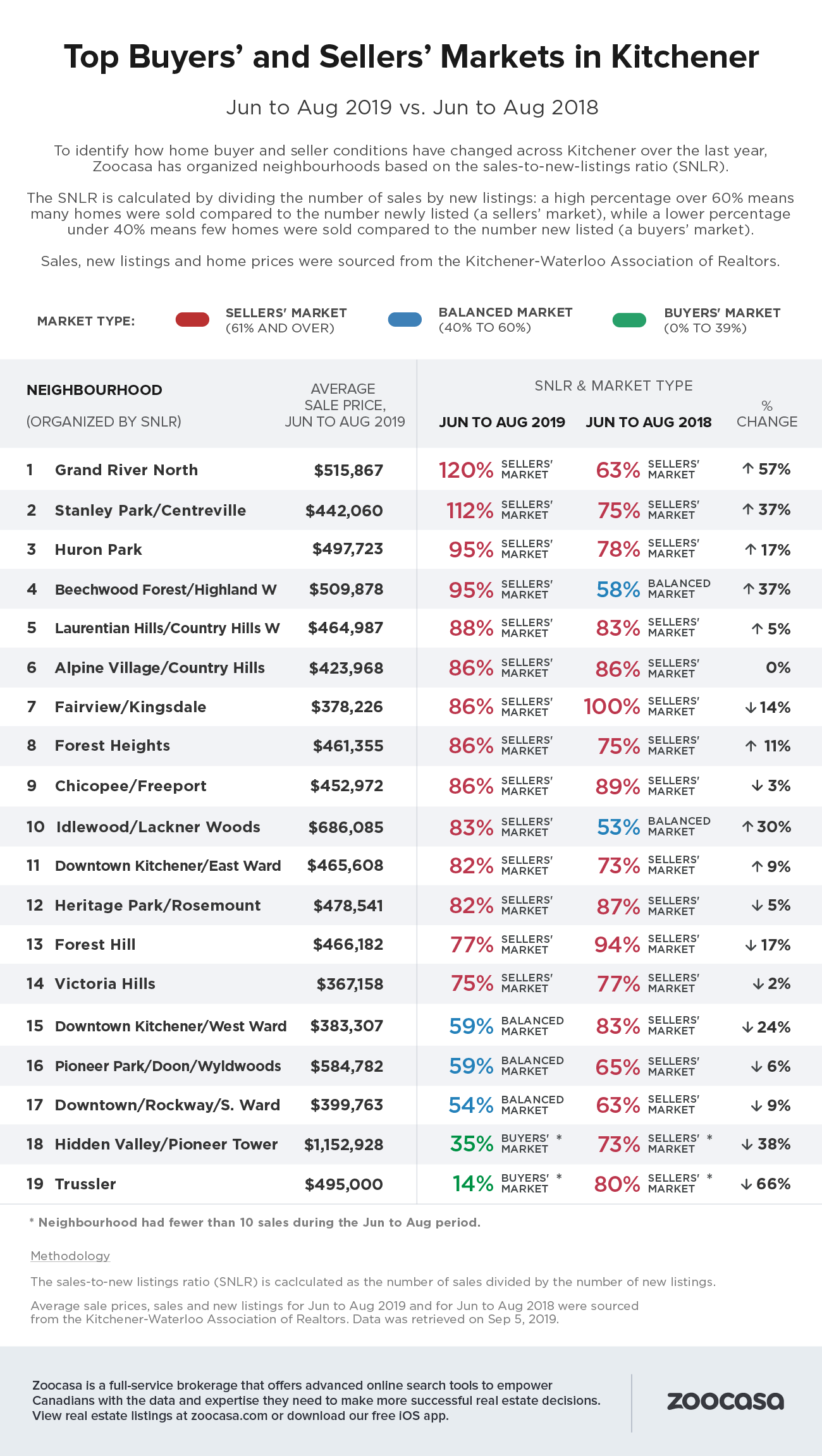