Canada’s economy posted a job surge last month of 81,100 net new positions, the bulk of which were part time, in the services sector and picked up by young people.

Statistics Canada says that even with the increase the August unemployment rate stayed at 5.7 per cent — near a four-decade low — as more people looked for work. 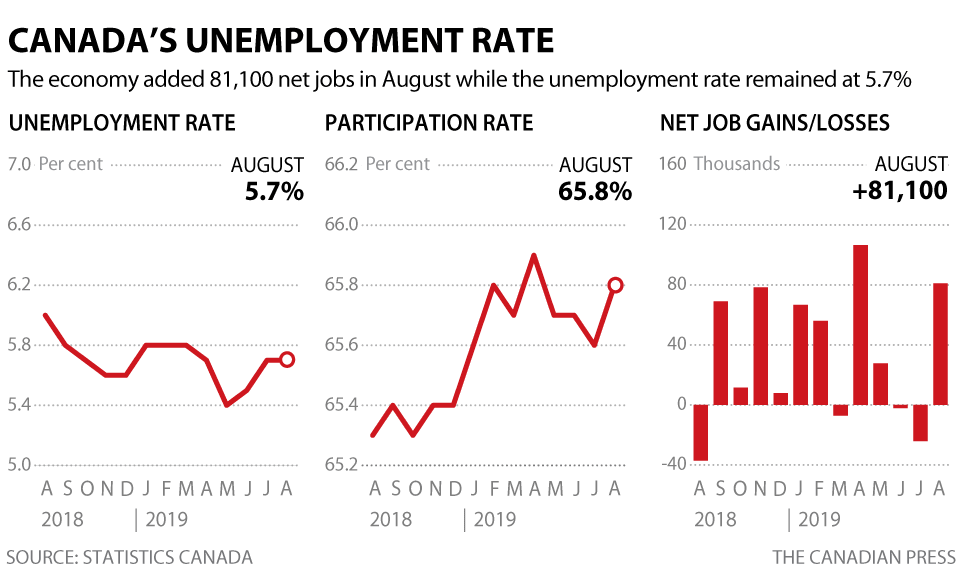 Year-over-year average hourly wage growth for all employees slowed to 3.1 per cent last month, decelerating from July’s 4.5 per cent pace that was the strongest monthly reading since January 2009.

The agency’s latest labour force survey says the country saw a rush last month of 73,300 new positions in services industries and a boost of 94,300 jobs in the private sector. The report says 57,200 of the new jobs were part time and 42,000 of the positions were held by young workers aged 15 to 24 years old.

Economists had expected an addition of 15,000 jobs and an unemployment rate of 5.7 per cent, according to the financial markets data firm Refinitiv.