A new poll conducted for The Canadian Press seems to show the cloud of the SNC-Lavalin controversy is lifting for the federal Liberals, who now face a closer fight with the Conservatives less than three months to go until the election.

In a web survey conducted earlier this month, the polling firm Leger found 36-per-cent support among decided voters for the Conservatives and 33 per cent for the Liberals.

Leger’s executive vice-president Christian Bourque says some sunlight is starting to appear for the Liberals, who witnessed sliding poll numbers beginning in February, as Parliament Hill was rocked by a former justice minister’s claims that Prime Minister Justin Trudeau leaned on her to arrange a deal for SNC-Lavalin on criminal charges it faces.

The latest poll was conducted among about 1,500 Canadians who are eligible to vote and were randomly recruited from an online panel. 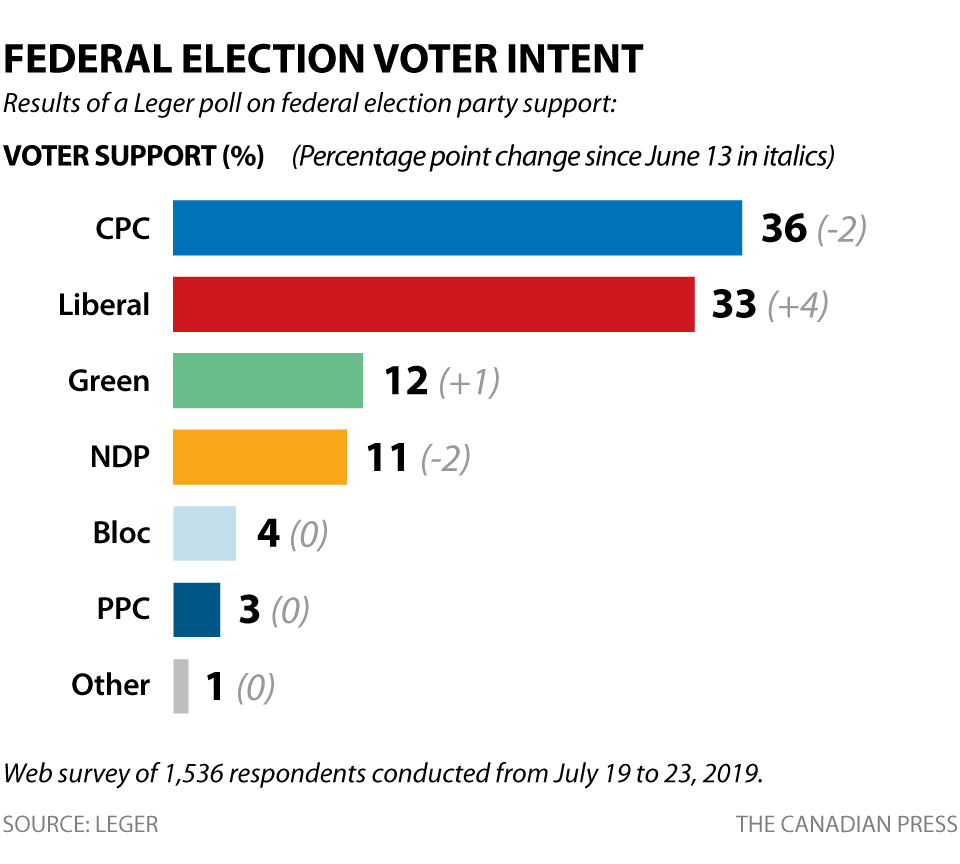