Have you ever heard the sound a rock makes when coming in contact with clear ice?

It can turn a frozen lake into a musical instrument.

Drummer Dave Janssen discovered the phenomenon on a lake near Banff and given his love for rhythm, he couldn’t help but start tapping.

“I hit it a few times and it made this amazing sound and I thought, ‘Hey let’s do a little video.'” Janssen said. “So we started having fun with it and just playing around. Some people turned around and started watching and listening.”

Luckily his friend Leah Horstman was there to capture the private concert on camera.

“It was pretty cool because everybody playing hockey pretty much stopped to watch this drum solo, so it was a lot of fun,” Hortsman said.

Why does it happen?

When you tap a rock on a frozen lake, the ice vibrates up and down, very much like a drum.

Sound travels faster through ice than it does air and the echo bounces off surrounding mountains.

But the sound you get all depends on the type of ice. 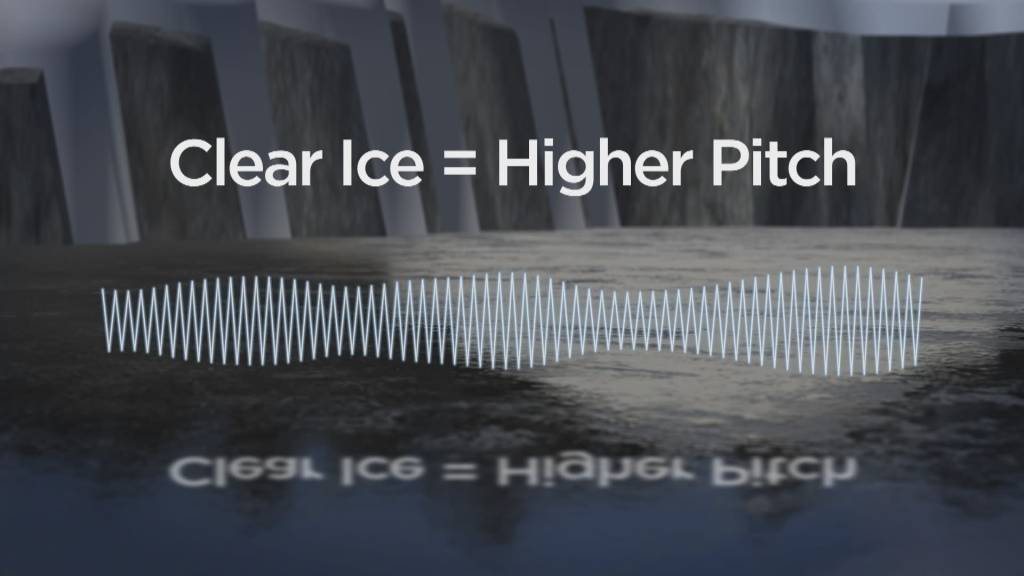 READ MORE: Know before you go: ice should be 10 cm thick before walking on it

Clear ice will give you a higher-pitched sound, exactly like what you hear in the Instagram video with Jansen tapping rocks on Lake Minnewanka. 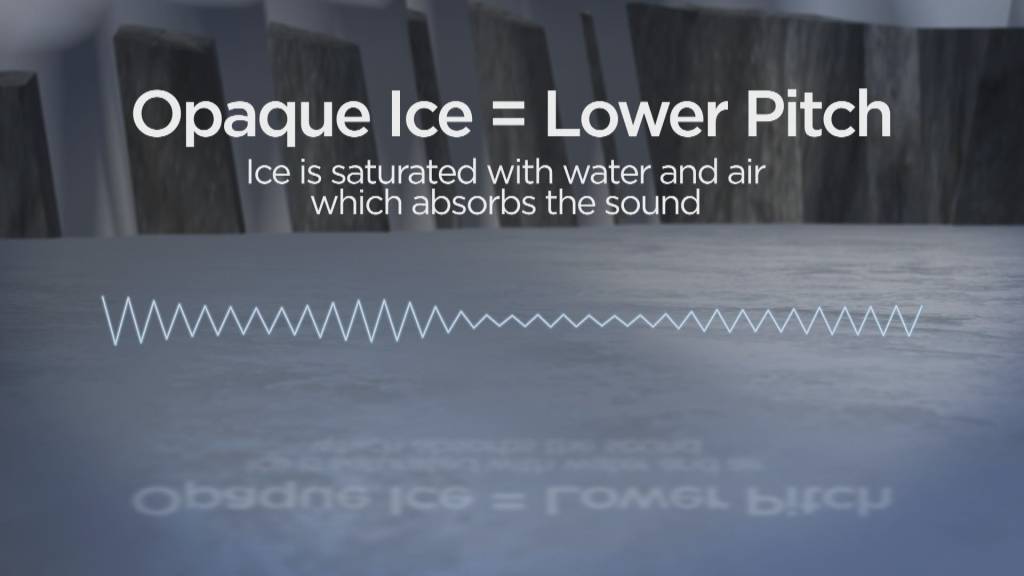 Opaque ice will give you a quieter, lower-frequency sound.

This is because opaque ice is saturated with water and air that absorbs the sound.

It’s amazing how something as simple as tapping a rock on a clear sheet of ice can add a beautiful soundtrack to a breathtaking landscape.