Are you able to vote in the U.S. midterms from Canada? Keep an eye on the deadlines

By Patrick Cain The Canadian Press

U.S. midterm elections can sometimes seem like a dull affair outside the country. It can also seem that way to Americans — in 2014, not much over a third of eligible voters bothered to show up.

But these aren’t ordinary times — the next Congress may well see a serious attempt to impeach U.S. president Donald Trump. Everything related to Trump is a high-drama exercise, and 2018’s midterms will be no exception.

READ MORE: Donald Trump tells supporters ‘it’s your fault’ if he gets impeached

What is a midterm election?

Halfway between two presidential elections, U.S. voters hold fresh elections for all members of the House of Representatives and for about a third of the Senate. Since each state has two senators, voters in most states will elect at least one senator. (The House is designed to have a rapid turnover, and the Senate a slow one.)

This year’s election is on Nov. 6.

WATCH: U.S. Senator weighs in on the timing of replacing Jeff Sessions, suggests after midterms

Can I vote in the U.S. midterm elections?

If you’re a U.S. or U.S./Canadian dual citizen (or U.S. and some other nationality), yes. But it’s best to get the paperwork submitted well in advance, and now would be a good time.

What are the deadlines?

Even though it’s a national election, states set their own rules. And depending on the state, deadlines to register are as early as the first week of October.

Louisiana and Georgia, for example, require a registration request to be postmarked by Oct. 9, while in Alaska it’s Oct. 7. Wisconsin is fine with Oct. 17.

No two states seem to have exactly the same rules, so you need to look up the rules that apply to you.

You can register to vote and also request a ballot at this page.

How many people in Canada can vote in U.S. elections?

About 284,000 people told the 2016 census that they were U.S. citizens, more or less evenly divided between duals and people with only U.S. citizenship.

What if I’ve never lived in the United States?

If you’re a U.S. citizen who has never lived in the United States (typically Canadian/American dual citizens with an American parent) you can still vote in many states as an absentee, using your American parent’s last address in the U.S., or current one, if they’re living there now. The details depend on the state, however.

This is a major difference between the United States and Canada, where people who move abroad eventually lose the right to vote. (Other important differences: filing U.S. tax returns, whether or not you live in the country, and, for men, registering for the draft.)

Some states, such as New York, Wisconsin and Minnesota, don’t let never-resident voters vote for state and local offices, which seems fair enough. 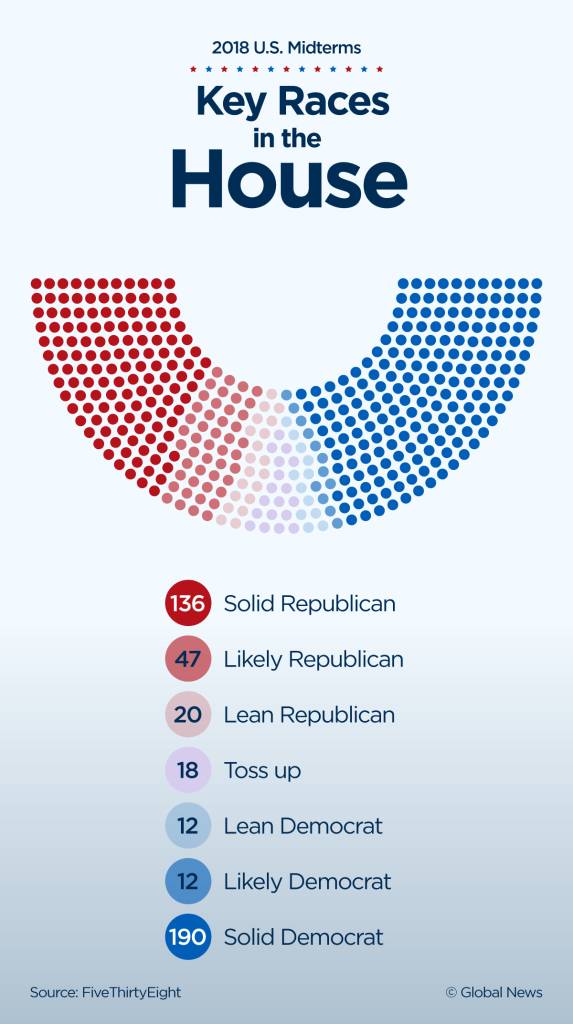 What U.S. government agency is in charge of overseas voting?

Interestingly, the Pentagon. (They organize voting for millions of far-flung service members, so it’s not that much more complicated to extend it to civilians.)

‘Overseas’ sounds kind of cool, but I don’t live over a sea from the United States.

It does sound kind of cool. Enjoy it.

Are you a U.S. citizen living in Canada? Even if you are living overseas, you have the right to vote in the upcoming U.S. mid-term elections. Register to receive your absentee ballot now at https://t.co/uwJ1MRkF0B pic.twitter.com/8bO8nv5Kfb