A cabinet shuffle is the kind of thing that only excites the nerdiest of political nerds, so you would be excused if you were enjoying your summer instead of reading into the subtleties of what this cabinet shuffle might mean for the federal election scheduled for Oct. 21, 2019. One thing is clear, though: the government is certainly getting ready for what 2019 might bring.

In addition to beefing up ministerial representation in the Greater Toronto and Hamilton Area (GTHA), new portfolios have been added, neither of which require much head scratching. After all, the GTHA is incredibly rich in seats, and if the last two federal elections are to serve as a guide, whichever party wins the GTHA will have a much better chance at forming the government.

Similarly, in expanding cabinet and creating new roles, it’s obvious there are certain issues the government thinks it needs to be paying more attention to.

Perhaps the most obvious example of this is the creation of the new role of Minister of Border Security and Organized Crime Reduction. Having previously served as parliamentary secretary to both the Minister of Justice and Minister of Health, it is not surprising that Bill Blair, the Scarborough Southwest MP and former Toronto police chief, has been tapped for a promotion. Blair was considered a star candidate for the Liberals in the last election, having been reportedly recruited by all three parties.

Blair is not without his own baggage, though, as critics will rightfully point to Blair’s prior defence of the practice of carding, as well as the civil liberties disaster that was the G20 in Toronto. Nevertheless, the government clearly felt that Blair was a political asset, and capitalized on that early on when it made him the point man for the cannabis legalization file.

A former cop who carries himself with a kind of muted assuredness, Blair is an interesting choice for the role for a couple of reasons. First, as Paul Wells has already noted for Maclean’s, is the fact that Blair has a long and acrimonious history with the newly elected premier in Ontario, Doug Ford. Considering that the Ontario government has come out of the gate giving the federal government 100 per cent of the blame and responsibility for asylum claims in the province, surely there was some thinking behind how appointing Blair to the role could impact the tone and rhetoric coming from the Ontario government.

But it’s the second part of this that is most interesting, and that is the fact that we’ve been hearing from the government for the past year and a bit how the issue of those claiming asylum by entering through unofficial ports of entry isn’t really an issue. Now, in terms of numbers, the federal government isn’t necessarily wrong. While it’s certainly true that Canada has seen an increase in asylum claims over the last two years, it is by no means an unmanageable number from a logistical perspective.

More funding and resources are definitely required for other levels of government, as well as for the IRB, in order to process claims much more efficiently. The opposition is right to point this out, and has a responsibility to hammer the government on what its plan is, but it is certainly not a crisis, especially when considering what is happening globally.

In politics, however, reality can take a backseat to optics, and the border issue has undoubtedly become an issue of bad optics for the government. The rather asinine tweet put out by the prime minister in January 2017 did not help the government try to counter a narrative that it was being irresponsible when it came to asylum seekers.

To those fleeing persecution, terror & war, Canadians will welcome you, regardless of your faith. Diversity is our strength #WelcomeToCanada

And even though recent data does show that the government’s current campaign of dissuasion is seemingly working, the government has ostensibly acknowledged it needs to do more in creating the new role for Blair.

It will be interesting to see how the rhetoric from the Ford and Andrew Scheer Tories will shift, if at all, on asylum seekers. It has been odd, and at times jarring, to see some of the hyperbole employed throughout this debate, especially when there is more than plenty of substantive and legitimate criticism to be levelled at the government for its handling of this file. Chief among them would be the giant chasm between what is said publicly and what ends up being enacted out in terms of policy.

In any case, one thing has become crystal clear: the unofficial campaign for the next election is already underway, and I for one am already sick of it.

Supriya Dwivedi is co-host of The Morning Show on Global News Radio 640 Toronto and a columnist for Global News. 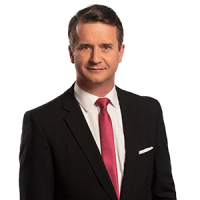