When some people think of fencing, they think of someone wielding a blade along with fancy footwork.

That isn’t necessarily the case when it comes to athletes in one small town in Saskatchewan, where they’re taking the love of the sport to an entirely new level.

At Asquith Guard Fencing Academy, they’re training eight of 20 athletes to think with their brain instead of being quick on their feet while wheelchair fencing.

At the age of 21, Ryan Rousell has been fencing for most of his life. He started when he was five and has mild cerebral palsy which delayed the growth and the muscle mass in his right leg.

The motor function and reaction time of his right hand is also a little slower but what he’s been able to do when it comes to wheelchair fencing with his left is unbelievable – after he decided to transition over to this version of the sport two years ago. 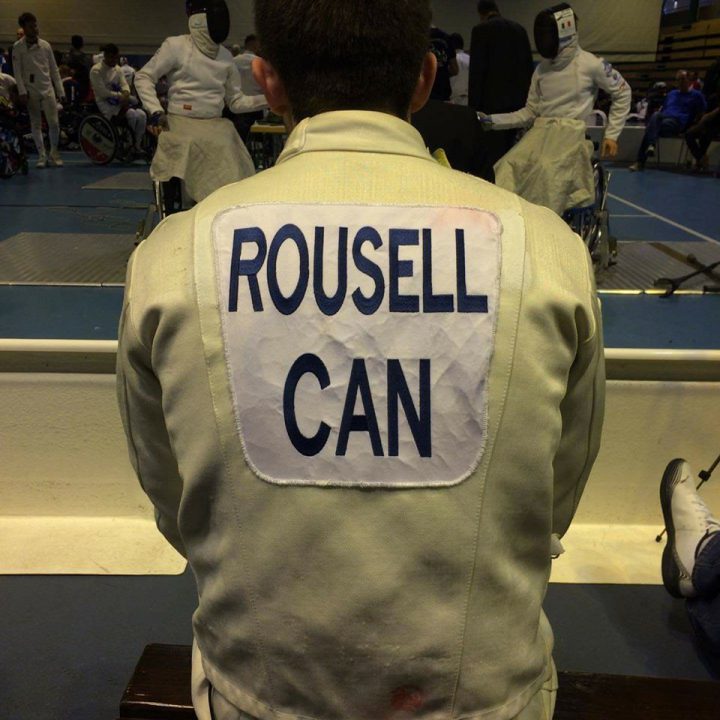 Currently, he ranks fifth in the world in part because of his lighting quick speed and unbelievable blade-work.

“The big challenge in wheelchair is speed,” said Geneviève Rosseel, a fencing practice partner for Rousell at the club.

“You have to have the right technique but the speed we saw when Ryan won the gold in Montreal at the World Cup, the first ever for Canada – his speed was amazing.”

Ryan has been overseas multiple times to compete and is off to Poland next week for the World Cup.

“Most wheelchair athletes, actually people in wheelchairs in general are the crazy ones that want to go out and do everything” said Rousell, when asked if he ever takes it easy on his opponents.

The sport is extremely technical but the person with the shortest arm length gets to decided whether they fight at their arm’s length or their opponent’s – which is why some say it’s like a knife fight in a phone booth.

“It’s very challenging in that regards, it’s very fast and you have to out-think you’re opponent as well as out-work them,” said Doug Brecht, Ryan’s coach as well as fellow wheelchair fencer.

Poke or get poked. How wheelchair fencing is become all the rage in one small town in #sask. They have the largest club per capita in the country. #WheelchairFencing #Asquith #FridayFun #Engarde pic.twitter.com/i8lFXWPjyJ

Rosseel describes the sport as a bit like golf – you can have the perfect game but you can’t always repeat it.

“You’re always aiming, you can have the perfect bout, you have a perfect year,” Rosseel explained.

“I’ve had perfect years, I can’t repeat it – the challenge is always there. When you bet someone – it’s here and now, at this speed, at this time today – tomorrow can be the opposite.”

Rosseel is 50 and took up fencing seven years ago after watching her children participate. Since then she has adapted to wheelchair fencing – she helps Ryan practice and in turn is learning new skills.

Everyone can do the sport and it’s not limited to those who need the use of a wheelchair at all times.

“The federation or the association is only for people who have handicaps, they’re not necessarily confided to a wheelchair but they have a handicap of a joint or different problems,” Rosseel added.

“There are three levels of handicaps and able-bodied fencers that don’t have a handicap are not accepted and can’t compete in there.” 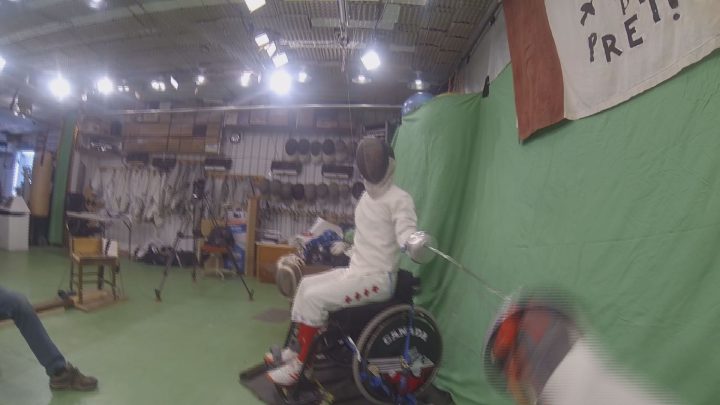 They encourage anyone who might think they have to sit on the sidelines to give this a try.

While there’s not many wheelchair fencers in Saskatchewan, the club with it’s 20 members in a town of 539 people – has the largest fencing club per capita in the country.

Plus, Rousell says don’t ever underestimate the skills of a wheelchair fencer.

“When you put an able-bodied fencer in a wheelchair they’re not used to not being able to use their legs so they get destroyed in a sense,” he laughed.

“…because they’re not used to having to fencing at that intensity for so long, at that distance where they can’t run away.” 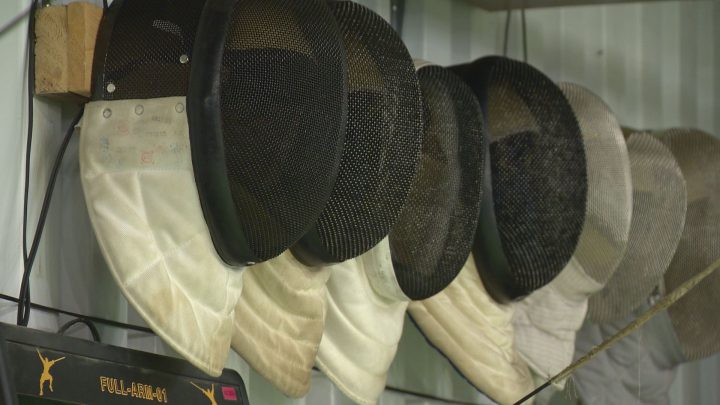 Brecht who has been fencing for 44-years, competes in wheelchair fencing and will fly to Poland one day in advance of Ryan.

“It is not a secondary sport in any fashion – it’s a full-fledged top level sport.”

It’s fun and who doesn’t want to stab people with swords? Come September, some of the absolute best will fly into Saskatoon from all over the western hemisphere with the hopes of qualify to make the Olympics in 2020.