Residents near St. Amant Centre in Winnipeg are worried about a fawn they believe has been abandoned by it’s mother.

The young deer was found stuck in a hole behind the building on Friday afternoon and workers who were keeping an eye on him said he hadn’t been eating.

The fawn, now out of the hole, has since been spotted in the area each day, but remains alone.

“Someone really needs to help him,” one woman said. “I’m hoping there’s something we can do. He shouldn’t be left alone to suffer and starve.”

RELATED: One of two rescued moose calves being cared for in Moose Jaw dies

However, Manitoba Conservation said the worst thing anyone can do is intervene.

“Animals should be left alone,” a Conservation spokesperson said.

“Let nature take its course, the mother may still be nearby or the deer will find its way on its own.” 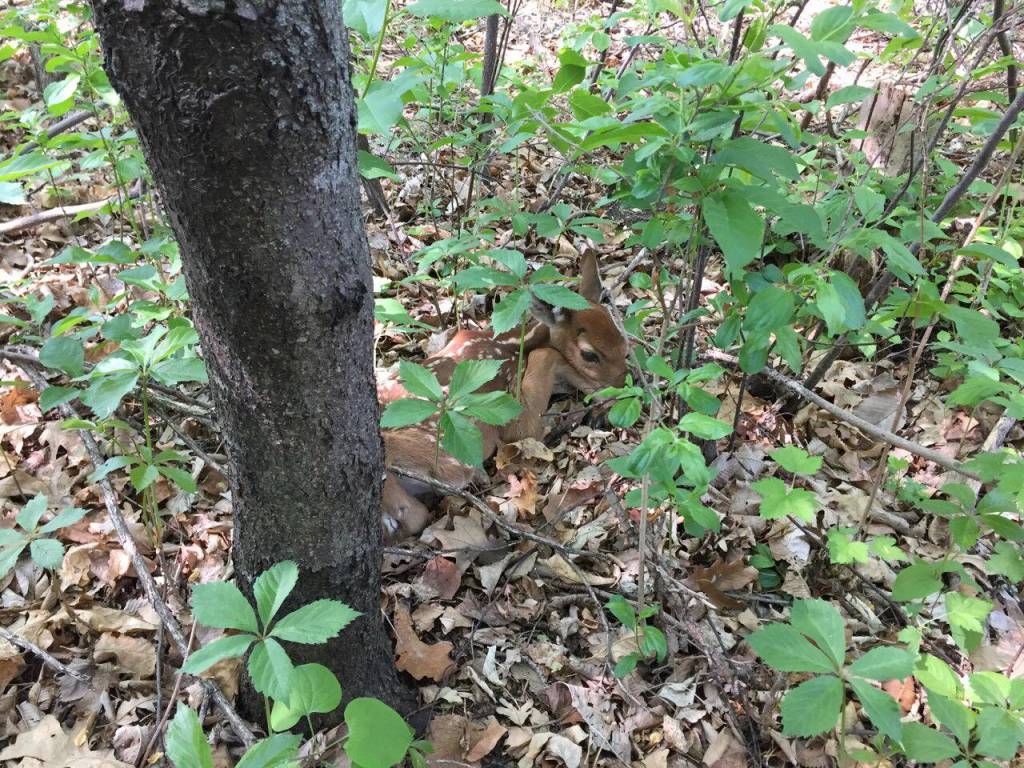 It is not recommended for people to get involved and they should not attempt to feed the animal.

“If humans get involved it will become food conditioned and that is the worst thing possible,” the spokesperson said.

Deer fawns are born in late May or June and seldom move more than one to two metres in the first few days following birth, according to wildlife experts.

“They will remain mostly isolated and hidden from predators, and their mothers know where they are and will return to nurse and groom them a few times during the day,” according to the province’s sustainable development website.

While the animals may seem hurt or abandoned, they are often behaving naturally. Staying still and hidden among the trees is part of the fawn’s basic survival tactic.

“During the first few months, fawns don’t wander far and remain hidden most of the time, but as they grow older, fawns accompany does for longer distances and periods of time. By fall, does and fawns are nearly always together,” according to sustainable development.

READ MORE: What is ‘fawn-napping’ and why experts are concerned it’s increasing

If you find an animal you are concerned about do not touch it. Instead, there are a number of resources you can reach out to.