Calgary city council will vote Monday on whether it wants to continue exploring a potential 2026 Olympic bid.

Priorities and Finance committee members voted 9-1 in favour of the vote on Tuesday, which was put forward by Councillor Druh Farrell.

The last time council voted on a potential bid, the outcome was 8-6 in favour of continuing the bid exploration process. However, Councillors Ward Sutherland and Diane Colley-Urquhart have since indicated they may change their vote. That would tip the scales against an Olympic bid.

WATCH BELOW: Should Calgary’s 2026 Olympic bid be decided by plebiscite?

Committee members had intended to debate what public engagement on the topic should look like but the conversation was dominated by questions of bias and neutrality.

It culminated with a fiery exchange between Mayor Naheed Nenshi and Councillor Sean Chu, as they battled over a potential plebiscite.

WATCH: Calgary Mayor Naheed Nenshi and Councillor Sean Chu get into a heated discussion during debate on the possibility of a 2026 Winter Olympic bid.

The mayor contended that Chu isn’t interested in hearing from the public, but just wants to kill an Olympic bid.

“Under one minute ago, you literally said ‘I just want to kill this,’ he said.

“Thank you very much for your answer. In the future, maybe I shouldn’t ask you,” Chu shot back.

WATCH BELOW: Norway pulls out of Olympic bid process, tightens race for Calgary

READ MORE: Here’s what Calgarians think about the costs of a 2026 Olympic bid: Ipsos poll

Calgary Economic Development CEO Mary Moran, who is currently overseeing an advisory committee that will organize the public engagement process, said the goal is to have it be transparent, independent and robust.

She disputed claims from some council members that the advisory committee is made up of too many Olympic boosters.

“There’s as many people that are sceptics as there are potentially promoters,” she said.

But I haven’t spoken out about it, nor have many of my other colleagues that are on that (committee) and I would just say, we remain undecided because we don’t think we have enough information to make a decision.”

Councillor Jeromy Farkas had sought public input at the committee meeting, but that was defeated in a 9-3 vote.

-With files from 770 CHQR’s Aurelio Perri 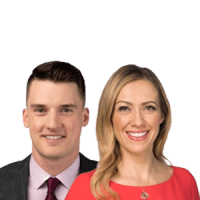