Editor’s Note: This story was originally published on March 8, 2018. Our follow up story on the anniversary can be found here.

Ahmad Saleem hasn’t been able to sleep in his bed since he lost his wife.

Ayesha Riaz died three days after giving birth to their son, Eesa, on Feb. 7, at Markham Stouffville Hospital in southern Ontario. Riaz, who was a healthy 24-year-old, had a hospital-acquired aggressive group A streptococcus (GAS) bacterial infection, ultimately leading to her death on Feb. 10, according to an audio recording shared with Global News. Saleem was told his wife went into septic shock.

“It’s my whole life taken away in a few moments,” Saleem, 26, tells Global News. “I look at my son and it’s hard because he doesn’t know what he missed. We just started out life, never could’ve expected to do this on my own… I hold him, love him, I play around with him, but it hurts me every second.” 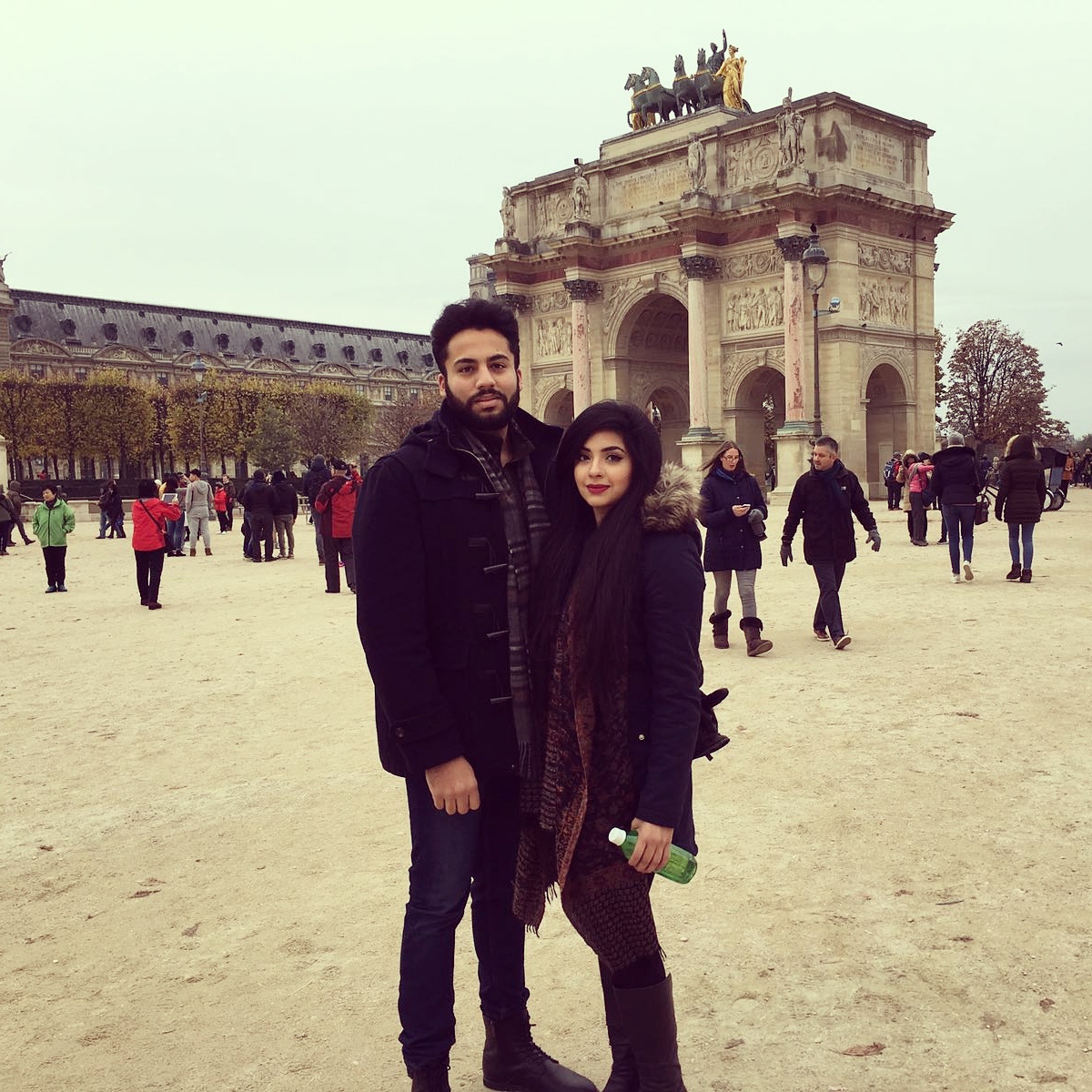 Saleem, who was by his wife’s side throughout her symptoms and procedures, says he even performed CPR in those final few moments.

“It felt like eternity,” he says. “Every second that went by I am crying. Eventually at some point they pull me and said, ‘she’s not coming back.'”

Saleem is left with a four-week-old baby and unanswered questions as to where his wife picked up the bacterial infection. He also alleges some of his wife’s symptoms — before she was put in the hospital’s intensive care unit — were “dismissed” or “ignored.”

Markham Stouffville Hospital says they are unable to comment on these allegations due to patient confidentiality.

The family is currently looking into their legal options.

“We also proactively notified patients who would be coming to the unit about the increase in infections and the restrictions we had put in place,” she tells Global News.

She adds the hospital is currently working to examine the “root cause” of the incident to prevent another case.

The hospital is also working with the Regional Municipality of York’s public health department, who confirmed three cases of Group A strep infections at the hospital this year, including Riaz’s.

Dr. Karim Kurji, medical officer of health at York Region, tells Global News in the last seven years, there have been 37 individuals who have died from group A strep infections in the region. 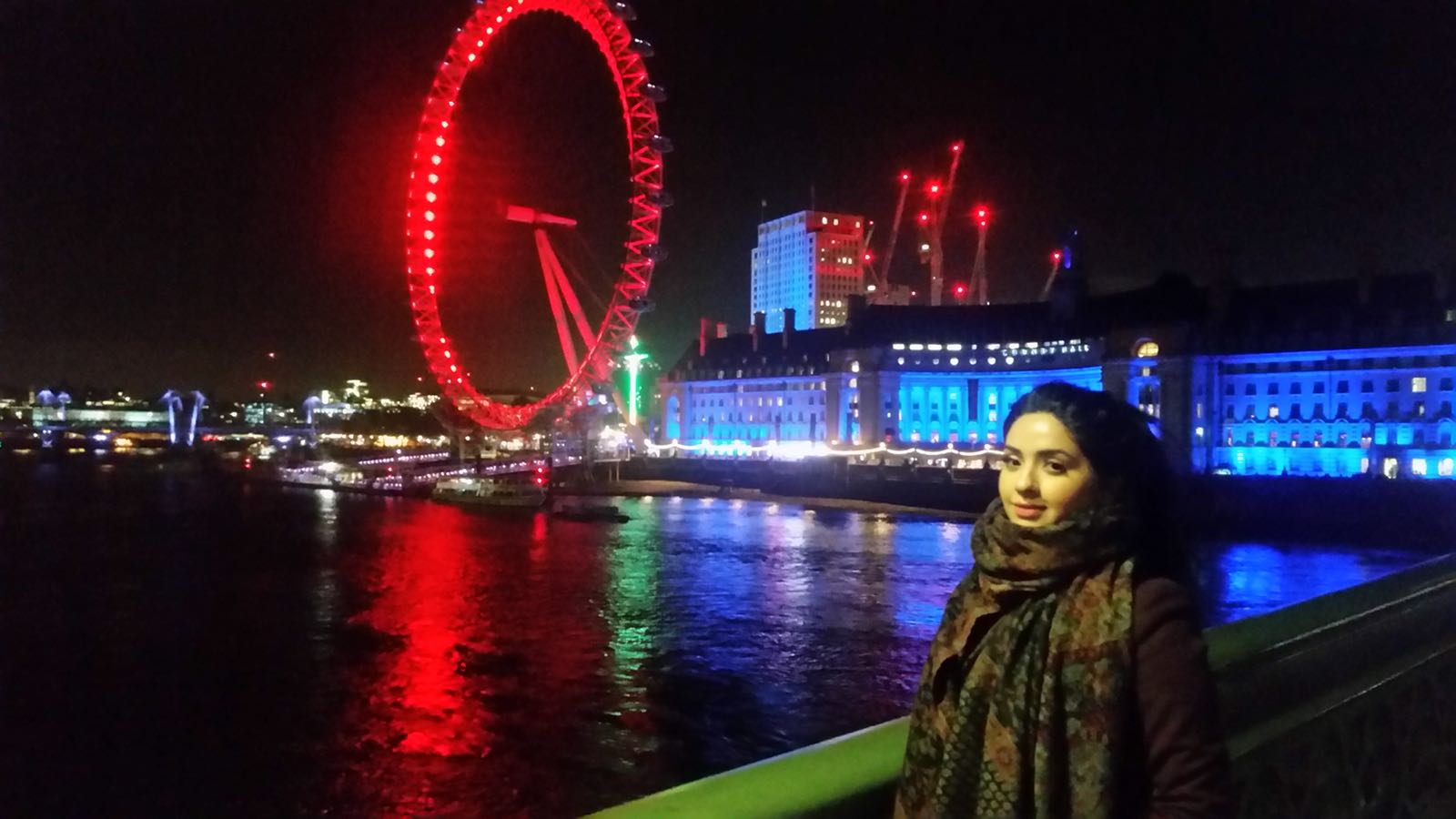 “She was the most open-minded, sincere and honest and charismatic person you could meet. This is not something I am saying because I’m her husband, this is something whoever interacted with her can tell you,” Saleem says.

The first-time mom was the youngest of five children and a 2016 graduate of the University of Toronto’s Scarborough campus. She and her husband had a religious marriage in 2013 and a ceremonial one in August 2016.

The two were young lovers who enjoyed travelling across Europe and in the last year, both started preparing for parenthood.

“She talked to the baby during the pregnancy … and [we both] wrote to the baby,” Saleem says. 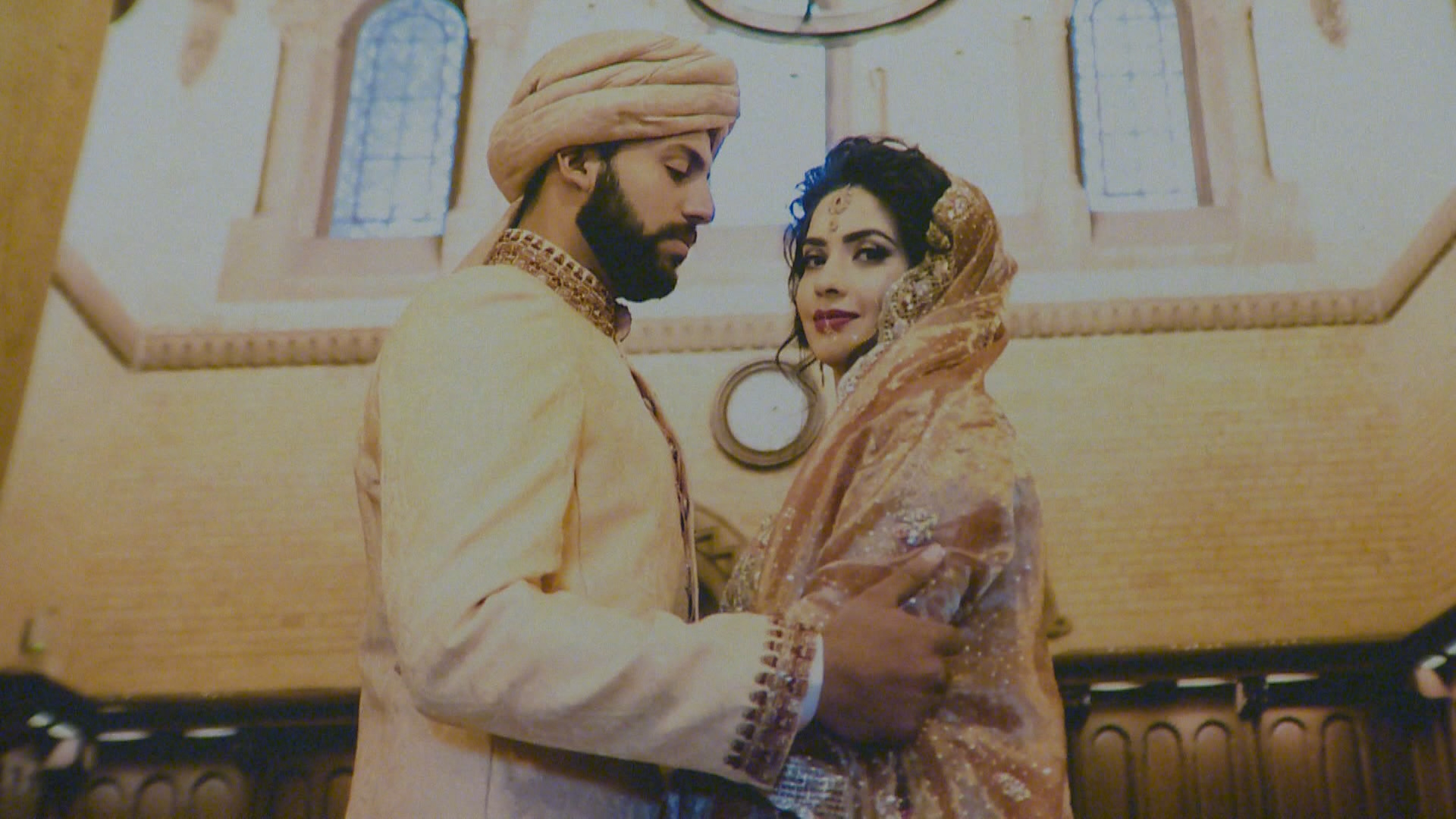 Ahmad Saleem and Ayesha Riaz on their wedding day in August 2016.

In their bedroom, Riaz filled drawers with infant shoes, clothes and other newborn essentials. She had a large pink calendar marked with upcoming doctors’ appointments and ordered all kinds of gadgets for her son before he was born.

Trending Stories
Story continues below advertisement
Saleem says when it came to being a new mom, she wanted to focus on his upbringing. “[She would say], ‘I’m going to make my son a feminist.’ She really wanted our son to display those qualities where he would respect men and women.”

But Riaz won’t be able to see her son grow up.

After she gave birth on the morning of Feb. 7, Saleem says she was completely fine with some complaints of back pain. She was feeding, changing and interacting with her newborn son. 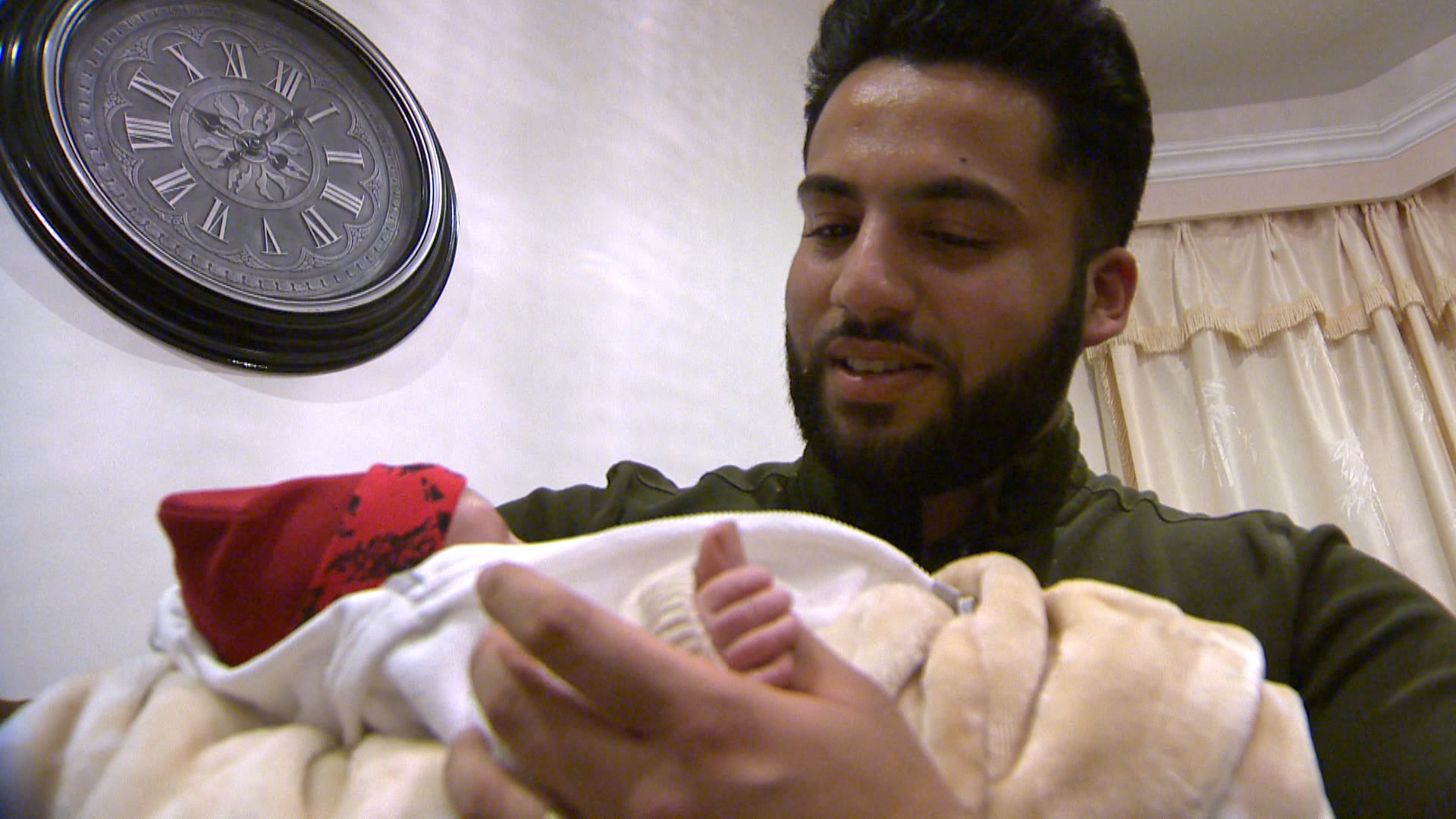 Saleem says his wife started to feel dizzy and light-headed after the couple was moved into a private room in the hospital’s postpartum ward, around 2 a.m. on Feb. 8. Getting in touch with a nurse and doing an initial electrocardiogram test, Saleem says he was told his wife’s heart rate was “a little high.”

Story continues below advertisement
“I told my wife don’t worry [and the nurses said] the doctor will be here in the morning. She was a little tense but she said OK.”

That night he claims nurses were called into the room multiple times. Sometimes it was to help with feeding, other times it was to ask for new bed sheets. The next morning, while Saleem, an articling lawyer in downtown Toronto, was wrapping up at his office, he says his mom informed him Riaz was experiencing shortness of breath.

READ MORE: Why strep throat is causing serious complications, from amputations to death

“My mom and her mom continuously went to the nurses’ station and called them over and over again to the point where they became frustrated,” he says.

Clinical notes provided by the family from the hospital show Riaz’s first complaint was recorded Feb. 9.

On Feb. 9, the couple was visited by a doctor who ordered a blood culture test. Saleem says his wife was short of breath, tired and bloated, walking up to the nurses’ station and asking for pain relief. At this point, Saleem and both families were concerned about Riaz’s symptoms and even consulted with family friends who were doctors in the U.S.

On Feb. 10, Saleem got a phone call around 3 a.m. from his mother. She told him that Riaz had developed a fever and was on antibiotics. He got onto the phone with his wife.

“She said my body feels very stiff, I can’t get out of bed [and] I feel very weak.” But Riaz still assured him she was going to be OK and advised him to come see her in the morning.

By the next morning, her fever had gotten worse, and Saleem claims it took hours for Riaz to see a doctor.

“I laid next to her and she was burning hot … [I was] calming her down like rubbing her skin and everything, that’s when the doctor came in.”

The doctor suggested to move Riaz into the ICU and at this point, she was awake and alert. “She was talking to me, everything was fine. She’s asking about the baby, who is with him … that’s her only concern.”

After entering the ICU around 1 p.m., Riaz’s health eventually worsened. She was heavily sedated, on multiple antibiotics, but unfortunately, none of them was helping with her infection.

“Two minutes before she became unresponsive, she was like, ‘I love you.’ I kissed her [and] she kissed me.”

Saleem says at this point his family was told doctors were treating her infection like it was group A strep. After there was no response to any medication or procedures, staff began doing CPR. This is when he also stepped in.

“For me, it is haunting every single day,” he says. “It leads back to you had three days of her complaining.”

In regards to Saleem’s allegations and Riaz’s case, Markham Stouffville Hospital tells Global News they cannot comment on any specific patient or their care.

Dr. Isaac Bogoch, a clinical researcher at the Toronto General Hospital Research Institute, who was not involved in Riaz’s care, says group A strep is a bacterial infection that has the potential to cause severe disease.

He adds the majority of people with GAS infections get sore throats or small skin infections, and septic shock can happen, but it is rare.

“The other thing we have to remember is, even if you get group A streptococcus, it doesn’t mean you’re going to get an infection,” he tells Global News. “Some people are what we say colonized with the bacteria, that just means the bacteria is on the person but not causing an infection — it is not causing any disease.”

When it does become severe, it can turn into sepsis, resulting in the infection entering the blood, eventually causing organ failure or septic shock.

When the bacteria become aggressive or invasive, they can breach normal skin barriers, he says, often getting into the blood and causing an inflammatory response in the body. “[The person] has difficulty pumping blood to all their vital organs.”

Bogoch adds you can get infected with group A strep from direct contact with something or someone. It can spread if someone doesn’t wash their hands or if medical tools are not sanitized.

“It can get into the nose and mouth area or if someone has skin that’s cut.”

Someone postpartum could pick up the bacteria the same way, although it is “tough to know” why postpartum women, in particular, are at higher risk. Boguch says.

And in terms of prevention, Bogoch says it comes down to impeccable hand hygiene.

Riaz’s best friend, Ferozan Nasiri, tells Global News via email Riaz loved writing, reading and painting. For Saleem’s birthday, she hand-wrote 52 tiny messages of reasons why she loved him and while she was at school, she presented essays at academic conferences.

Volunteering at Sunnybrook Hospital in 2016, Nasiri says her best friend eventually wanted to work in health care. She was loved by everyone around her and treated friends like family members. 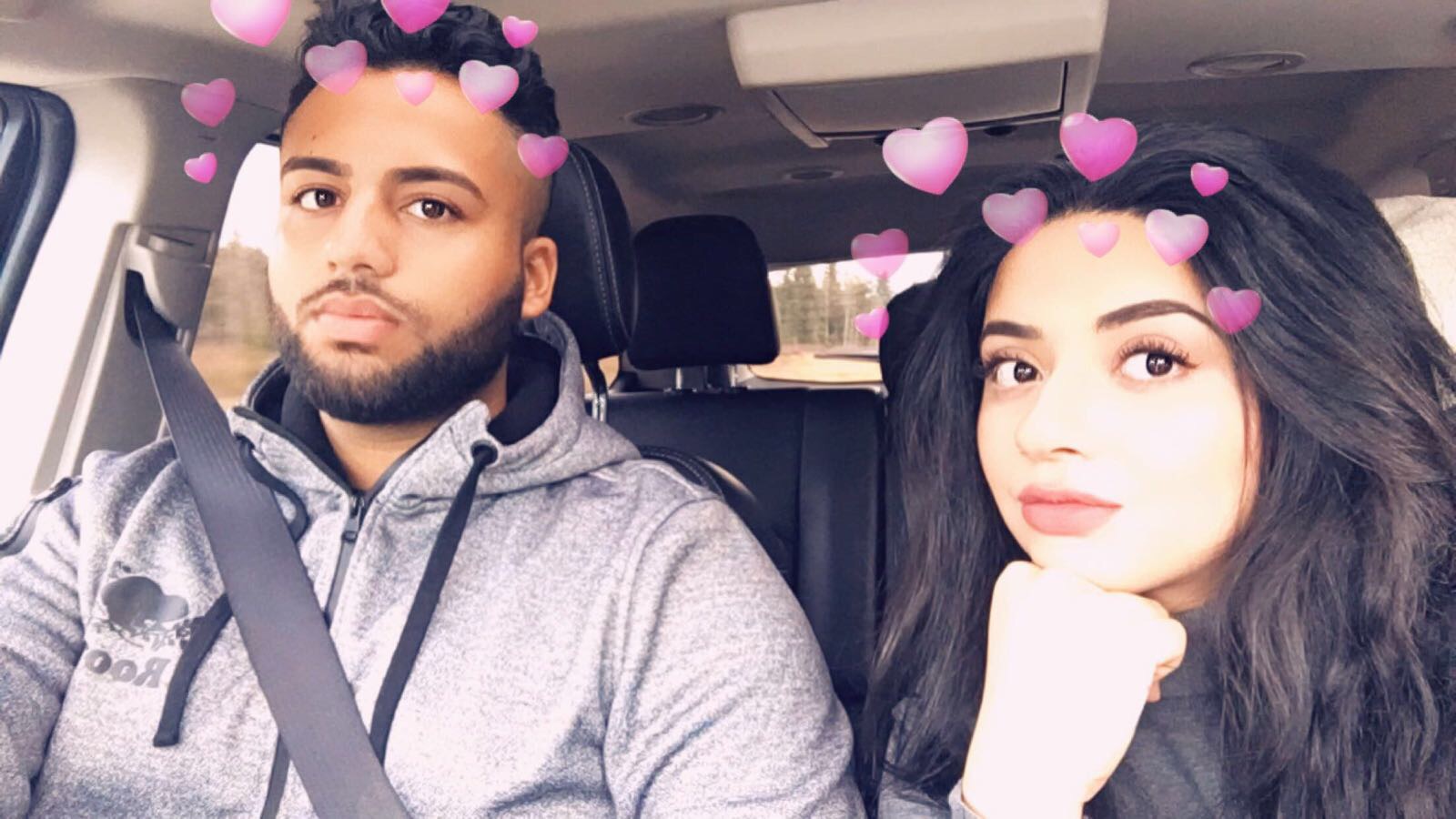 “She’d become a kid with kids, an adult with adults, she could have a conversation with anyone, any age, any group and easily fit in,” Nasir says.

A GoFundMe page was set up by the family to help cover upcoming legal costs, but Saleem says he wants to raise awareness in his wife’s honour to ensure families are aware that this can happen to someone young and healthy.

“Our parents leave our supposed third world country to come to a better health-care system … We’re not in an age where a 24-year-old woman [can] die after giving birth. These things just disturb me,” he says.

And as he grieves, he says closure can come from getting answers, as well as making a change.

“To know that I or even if Ayesha could make a difference in somebody else’s life because somebody was more aware, that is satisfaction to me. Nothing I do can bring her back, but saving somebody else or someone else being aware of this would give me a lot of peace.”