My position on abortion doesn’t really align with either side in the polarized debate, but I’m prepared to hear arguments from both sides.

The Liberal Government apparently is not and just whacked the proverbial hornet’s nest with its decision to discriminate against pro-life groups in the Canada Summer Jobs program.

Was this really necessary? More importantly, is it even legal?

WATCH BELOW: Trudeau says anti-abortion efforts out of sync with Canadian society

The prime minister used the occasion of his town hall meeting last week to answer a question from a pro-life McMaster University student, who was wondering whether we really have free speech. The prime minister gave a convoluted answer that seemed to imply that yes we do, except in the case of talking about abortion.

“In this country, we defend each other’s rights even when they are unpopular – as we’ve seen a couple of times,” he said. “At the same time, we need to know that there is a difference between freedom of expression and acting on those expressions and beliefs.”

He seemed to imply that abortion is a charter-protected right and religious freedom is not. And so he said anyone who wants to apply for a Canada Summer Jobs grant to hire a summer student has to declare an affirmation that they support a woman’s reproductive rights.

In practice, it means that thousands of faith-based groups will be denied funding unless they disavow a core tenet of their belief. The problem is, faith-based groups operate a range of social services including summer camps, homeless shelters, food kitchens, immigrant aid societies, parenting support centres, addictions treatment – the list goes on.

What difference does it make if Calgary’s Mustard Seed is pro-life? The people who use the services are looking for food and shelter, not abortions.

It’s also not as if anyone from any pro-life group is forcing a woman to have a child against her will. Most faith-based groups are simply trying to convince their fellow citizens that choosing to carry a child to term is better than the alternative.

Canada is one of the few countries in the world with no abortion law whatsoever. That is not because the Supreme Court declared abortion to be a fundamental right as proponents like to argue; it is because the Supreme Court threw out a badly written and overly restrictive abortion law, politicians failed to come to an agreement to rewrite it, and then ultimately gave up trying.

It is, in fact, very common in western liberal democracies to have laws that have no restrictions on choice in the first trimester, but then impose more restrictions as the pregnancy progresses – including banning the procedure in the third trimester.

Reading the R v Morgentaler decision it is pretty clear the Supreme Court would entertain a similar approach.

WATCH BELOW: Is Justin Trudeau facing a revolt over his hard stance on abortion?

Personally, I’m pro-choice, but I could support the U.K. approach which limits abortion once the baby becomes independently viable, somewhere around 24 weeks. But according to Trudeau, I am somehow violating the Charter of Rights and Freedoms for saying as much.

Good thing I’m not trying to hire a summer student through the Canada Summer Jobs program.

Not only has his decision prompted outrage from the faith-based communities in Canada, but it has also prompted a charter challenge from the Right to Life Association of Toronto and Area.

Some legal scholars argue the government can restrict its programs this way. I’m not persuaded. I spoke with Toronto Right to Life Association spokesperson Blaise Alleyne and University of Ottawa professor Daphne Gilbert to hear both arguments. What do you think? 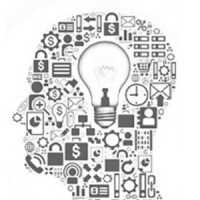