A provincial official says few people are flouting fire bans and closures put in place due to extremely hot and dry conditions in southern Alberta.

The wildfires have also spurred a special air quality statement for Banff National Park and several areas of southern Alberta, including the cities of Calgary and Lethbridge.

Wildfire information officer Matthew Anderson said authorities have had to deal with 45 infractions in the Calgary Forest Area, a strip of wilderness along the province’s southwestern boundary. 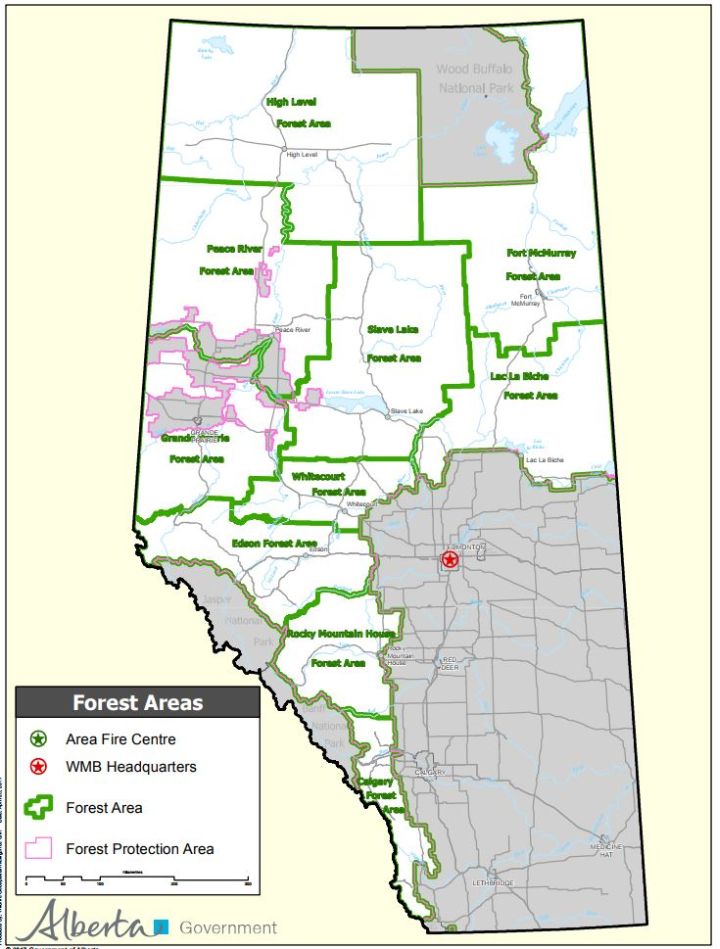 He said 29 people were given warnings and the other 16 were ticketed for infractions such as lighting campfires, venturing into closed areas or riding all-terrain vehicles.

Anderson said it’s been a relatively quiet forest fires season as a whole across the province, with 1,148 wildfires so far this year compared with 1,400 last year at this time.

He said the season started off with wet conditions in the northern part of the province, but it’s been extremely hot and dry with little rain in the south.

For information on the current status of Alberta wildfires, click here

The wildfire season runs from March 1 to Oct. 31.

“We’ve positioned our resources accordingly and will remain vigilant.”

The province has 840 firefighters, 110 helicopters and 18 tankers available.

There are 18 wildfires within Alberta right now, but only one is out of control at 80 square kilometres in the Slave Lake area. There is a small one in the Calgary Forest Area. Anderson said it should be extinguished by Friday.

Fires burning in British Columbia have been causing headaches in parts of Alberta.

Earlier this week, an evacuation alert was issued for Waterton Lakes National Park as a pre-emptive measure because of a fire burning by its boundary. The so-called Kenow fire covered an estimated 78 square kilometres, mainly in B.C., on Thursday, but had not advanced further into the park.

Listen below: Gord Gillies catches up with a Waterton resident and business owner on Sept. 8 amid an evacuation alert

With files from Global’s Erika Tucker