Season 3 of Outlander is almost upon us, and the anticipation is palpable among fans, who’ve been waiting for the “Droughtlander” to end.

Series star Caitriona Balfe, who helms the show as wayward Claire, is still caught between two men — her husband Frank (Tobias Menzies) and sexy Highlander Jamie Fraser (Sam Heughan) — and is travelling far and wide (and through time!) to find some peace in her heart.

This series, based on the book series by Diana Gabaldon, is now diving into the events of the Voyager novel, so there’s a lot of movement, travel, and exploration in Season 3.

Balfe sat down with Global News to talk about the specifics of this season, Claire’s baby and how many “oh man” moments fans should be expecting.

Story continues below advertisement
Global News: It’s safe to say fans are salivating for this show’s return. They don’t want to wait to find out what happens between you and Jamie.
Caitriona Balfe: [Laugh] They get very protective of our relationship. They don’t like to see other people involved.
What do you have to say to the Outlander fans, who are so clearly head-over-heels about this show?
It’s just so amazing that our show has connected with people in such a strong way. Yes, obviously there was already a built-in fan base from the book series, but there was no guarantee that they were going to transfer over or love everything you do on the show. We’ve been fortunate… it’s funny, people get so invested… when they see Frank and Claire together, they get very upset, or when they see Jamie with other people, they get very upset. But hey, if it was plain sailing the whole time, it wouldn’t be a very interesting drama, so… [Laughs]

How does Outlander evolve this season?
This season is a lot about transition. We pick up where Season 2, Episode 1 finishes. We start up with Claire and Frank in Boston in the ’40s. We have two stories running parallel. We see Jamie right after he leaves Claire at the stones for Culloden. We follow him through Culloden, the aftermath of that… and then for the next 20 years we follow Jamie’s story, then we’ll go back and look at Claire and Frank, little snippets of their lives. It’s very different in the beginning, primarily because you have the central relationship split. 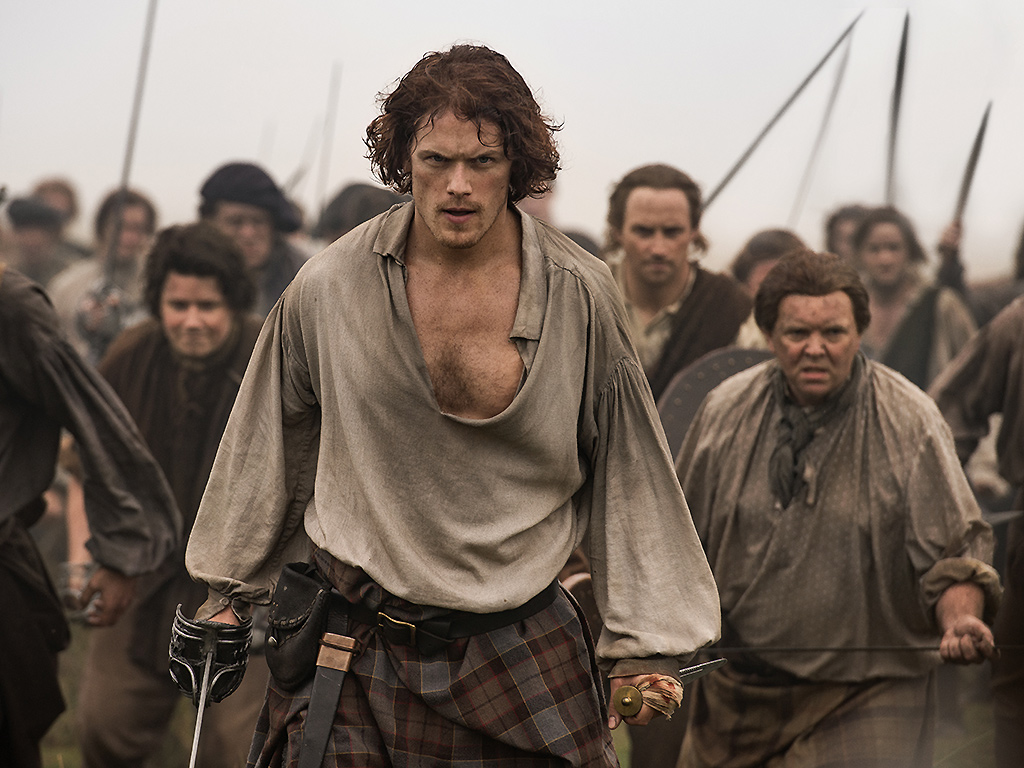 It’s quite sad. Jamie, all of that. Culloden was the decimation of the Highlanders, he’s lost the love of his life, he’s pretty much lost all of his friends. He’s experiencing a lot of grief, turmoil.. and Claire too. It’s different for her, though, since obviously, she’s pregnant. She has no other choice than to rebuild her life. She believes Jamie’s dead. People get very angry and ask me, “How could she go back to Frank?” But that’s the only option she has — to find a new way for herself.

Trending Stories
Story continues below advertisement
To say Claire’s existence is complicated doesn’t quite do it justice.
[Laughs] Tobias and I spoke a lot with the writers together. We wanted to try and infuse that relationship, especially at the beginning, with hope. You look at them and realize, OK, she’s in grief, her heart has been broken, his wife has returned, and she’s told him that she’s time-travelled, fell in love with somebody else, and is now carrying his child.

One thing with the two relationships is the distinct differences between them: urban darkness with Frank and lush natural locales with Jamie. Is that a deliberate touch?
I think so. We’ve always spoken about Jamie and Claire as being almost elemental. They’re earthy, there’s a supernatural quality to their love and their life. It’s metaphysical almost, whereas, with Claire and Frank, it’s within the confines of normality. Claire loved Frank, but only when she was experiencing that normal, run-of-the-mill everyday love. Once she experienced that life-altering love with Jamie, there was no way to go back to what she was and be content.

How much complication do the pregnancy and baby add to the proceedings? I’m assuming a lot.
For Claire, being a widow but having this child … the one thing it does is forces her to try and rebuild her life. In another way, if she hadn’t gotten pregnant with Brianna, probably she wouldn’t have gone back to Frank. She may have forged a life for herself on a different path. In the ’40s, going through life as a single mother would be very difficult, so she’s being pushed into the arms of Frank. 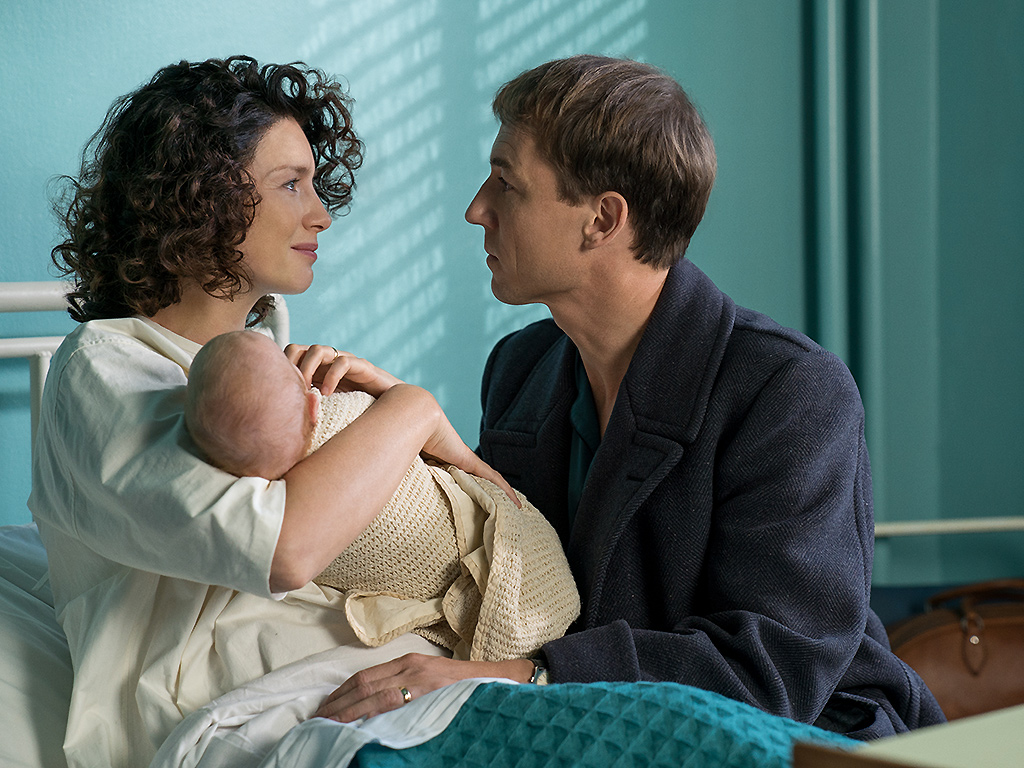 It’s through his relationship with Brianna that Claire gains so much respect for him. He’s a very good father, he embraces Brianna 100 per cent and takes to the idea of fatherhood. It’ll always be compromised, it’ll never be what he needs or what she needs, but that’s why they’re able to have a marriage that lasts for 20 years.

Are there any “Oh man” moments this season?
Yeah! [Laughs] I think there are going to be several. There will be some sad “oh mans,” some shocked “oh mans,” and some really excited “oh mans.” [Laughs] Our show never sits in one place for very long, it constantly moves and evolves, and this season is even more so.