What was fake this week: Fisher-Price’s bar, War on Christmas — and more

This week, we had a jarring reminder that fake news can have real-world consequences, as a gun-toting reader of fake news sites travelled to Washington to see if the Comet Ping Pong pizza restaurant was in fact the centre of a child sex abuse ring, as he’d read on the Internet.

When the excitement died down, a shot had been fired inside the restaurant and Edgar Welch, 28, was arrested. He later told the New York Times, having had some time to think about it in jail, that “the intel on this wasn’t 100 percent,” and he “regret(s) how I handled the situation.” Welch faces numerous charges.

On Thursday, a story in the Palm Beach Post reported that a 57-year-old Florida woman was indicted for repeatedly threatening parents of a child murdered in the 2012 Sandy Hook school shooting, in which 20 children, aged 6 and 7, and six adult staff members were killed.

The massacre created a strong push for stronger gun control laws in the U.S. In response, Alex Jones, founder of right-wing site InfoWars, claimed the massacre had been staged.

Lucy Richards, a follower of the hoax theory (which to be quite clear, is a hoax that did happen about a hoax that didn’t happen), threatened the child’s parents on several occasions with messages such as “LOOK BEHIND YOU IT IS DEATH,” prosecutors allege. She faces several federal charges.

VIDEO: Police in Washington D.C. are blaming a conspiracy theory repeated on fake news sites for a shooting that took place over the weekend. A gunman entered a pizzeria armed with an assault rifle and opened fire. As Mike Armstrong reports, the suspect claims he was driven by what he read online.

Here are some things that didn’t happen this week, or at any other time:

1. Fisher-Price makes a bar set for your pre-schoolers to cosy up to, plastic beer in hand.

This one seems to have started with a viral Instagram post earlier this week. Two pre-schoolers are nursing beers at a plastic bar set, while a third, playing  a world-weary bartender in a bow tie, scowls at the camera.

It seems like a pretty obvious joke (apart from anything else, it seems like the most boring play concept imaginable), though it must be said that Instagram’s adam.the.creator has a line in high-quality parodies of brands.

The creator has much better-than-average Photoshop skills (the text on the side of the box is at exactly the right angle, for example), which seems to have led some concerned citizens to vent their rage IN ALL CAPS at Fisher-Price, thinking it was real. 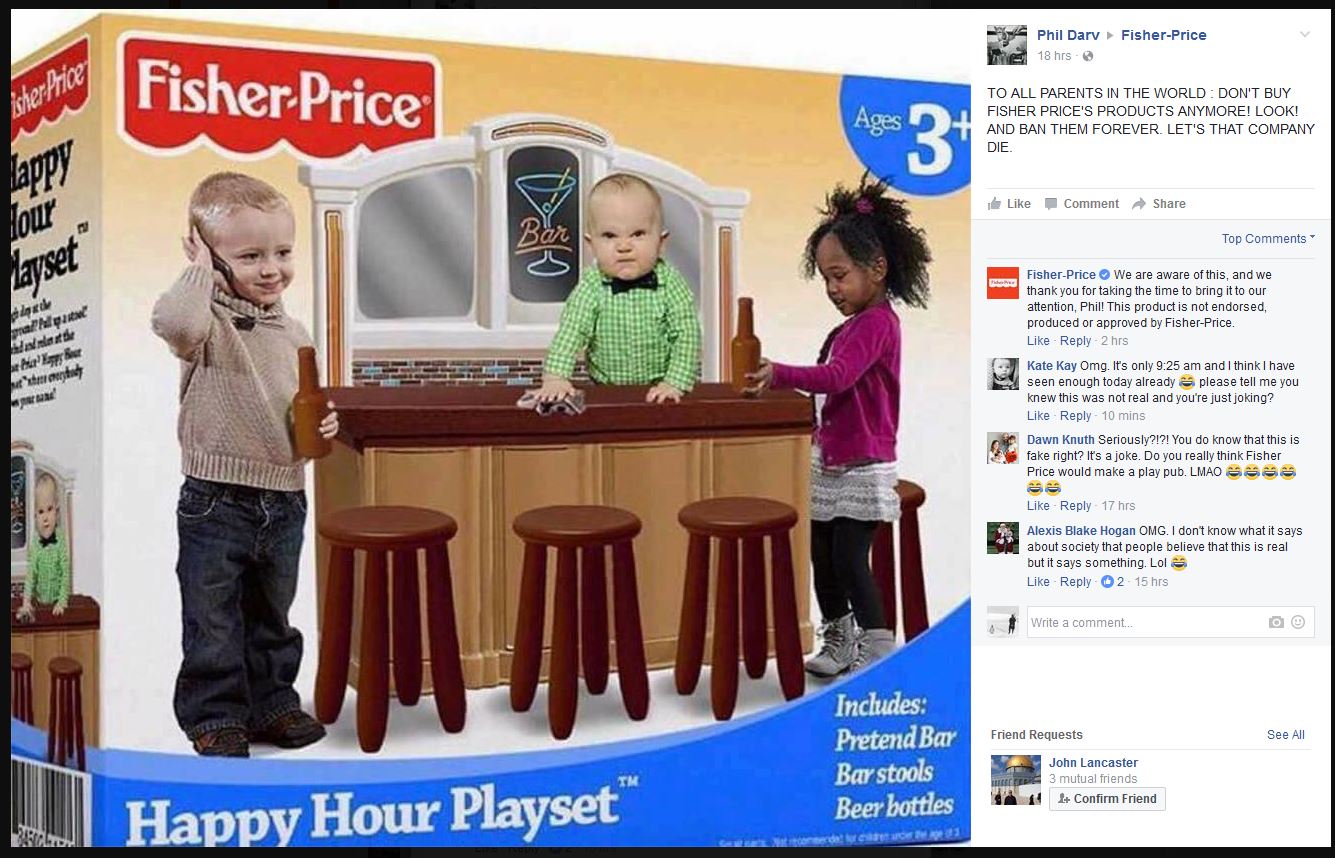 One suspects there’s a social media person at Fisher-Price who’s in need of a drink — a real grownup one.

In the meantime, as you might have predicted, it turns out that “this product is not endorsed, produced or approved by Fisher-Price.”

2. ‘Tis the season for the War on Christmas.

Christmas is coming, a fact that retail empires make it impossible to miss. If there’s a war on Christmas, it would seem to not be a very successful one so far, but as a cultural meme it seems unstoppable.

Webdaily.com offered its readers a little eggnog of outrage when it claimed that the White House’s Christmas decorations, though heavy on the trees and gingerbread, didn’t include any kind of nativity scene.

“This is just the latest in a long line of moves that the Obamas have made against Christmas,” the site said. “It’s sickening that they have submitted to political correctness to the point that they have completely censored Jesus Christ out of Christmas.” 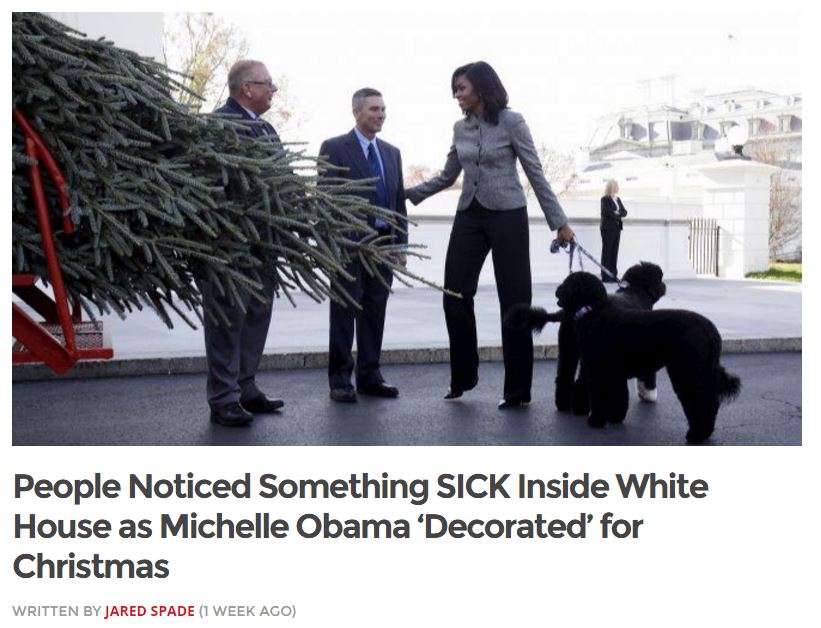 A cursory look at the White House handouts about their holiday decorations, though, leads to information about the White House crèche, which is described as an “elaborate display, containing nearly fifty individual pieces.” It’s the centre of attention in the East Room, and has been, every Christmas, for decades, this one included. 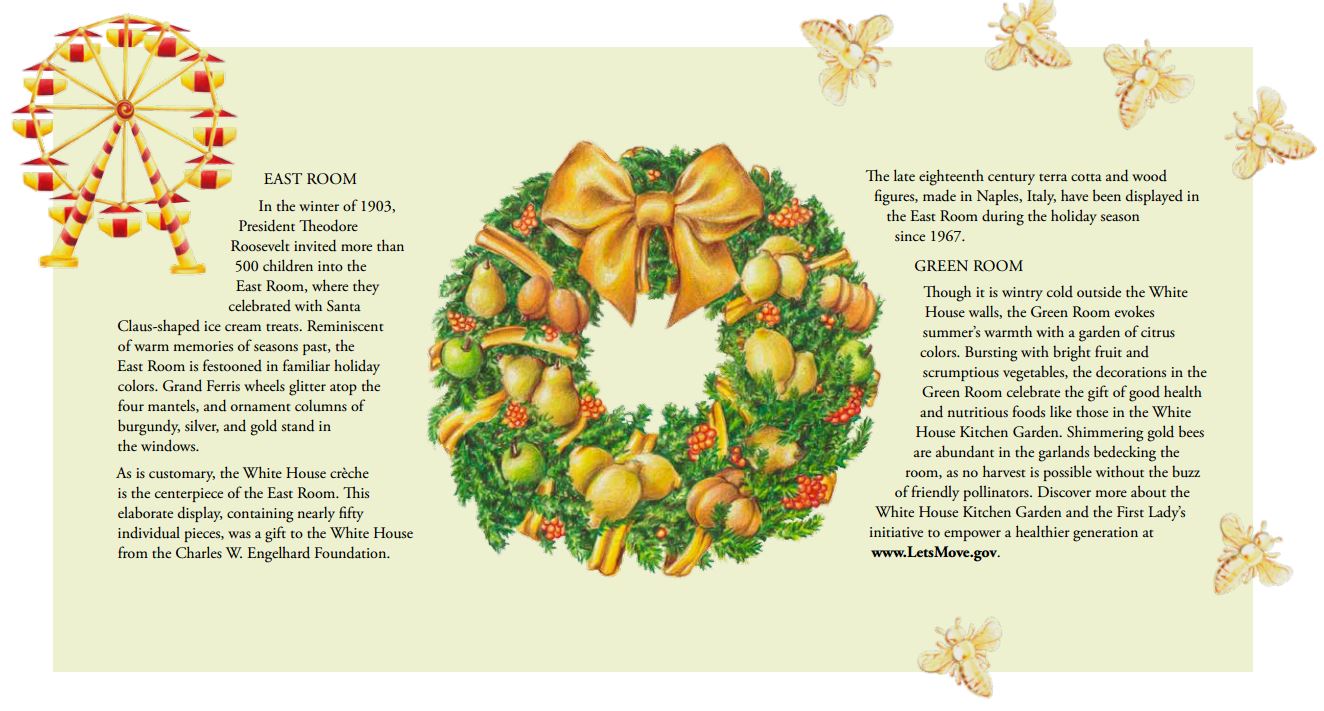 What the Obamas do, and don’t do, about Christmas in the White House has been the subject of culture wars since Barack Obama was first elected, Snopes, points out. A consistent theme involves conservatives making the Obamas’ Christmas out to be more secular than it is: claiming that their tree is referred to as a holiday tree when in reality it’s consistently been called a Christmas tree, for example.

And, just in case it seems like we’re always picking on conservatives (we get mail): the Mall of America in Minnesota hired its first black Santa this year, resulting in a predictable racist backlash.

That much did happen, but former Alaska governor and Republican vice-presidential candidate Sarah Palin did not in fact (despite reports by Politicops) call the casting decision “the last straw,” claim that “The Holy Book always said Santa Claus was white and any kind of deviation from that, regardless of its magnitude, is a sin,” and predict that a black Santa would lead to more interracial marriage and a final takeover by Islam.

3. “Rumours on the Internets” revisited: Donald Trump plans to bring back the draft.

The site claimed that Trump had told a rally in Costa Mesa, Calif.: “We’re bringing back the draft, okay? We’re going to bring it back and we’re going to make America as strong as we were in the Sixties.”

Spoiler: the rally happened, but the comments about the draft didn’t.

Like Christmas tree renamings for Democrats, Republican presidents labour under the perception that bringing back the draft is the kind of thing they would do. George W. Bush felt he had to deny “rumours on the Internets” that he wanted to bring back the draft during the 2004 election, during a bloody phase of the Iraq war.

(It would be ironic if it actually happened, though. Trump himself got four draft deferments in the Vietnam era, and his grandfather was banished from Germany for avoiding military service there. Friedrich Trump pleaded with German authorities to reconsider, but they held firm. Had they let him stay, recent history might have been quite different.)

4. Signs in Arabic on the U.S.-Mexican border guide terrorists into the United States

This one came to light this week. Retired Lt.-Gen. Michael Flynn, Trump’s pick for national security adviser, has repeated fake news uncritically on his Twitter account on several occasions.

In an online audio interview for Brietbart, which CNN reported happened in August, Flynn claimed that Islamic terrorists were paying Mexican drug cartels to help them get into the United States.

“I have personally seen the photos of the signage along those paths that are in Arabic,” Flynn said. “They’re like way points along that path as you come in.”

“Primarily, in this case the one that I saw was in Texas and it’s literally, it’s like signs, that say, in Arabic, ‘this way, move to this point.’ It’s unbelievable … This rise of Muslims and radicalized Muslims coming into our country illegally is something that we should pay very, very close attention to.”

“Our law enforcement professionals, they know this. Their problem is that they’ve got to whisper it in back rooms, instead of being able to call it for what it is.”

The Arabic signs, though, were news to the border patrol union, CNN reported.

How to spot fake news

Does something seem a bit off about something you’re reading? NPR has an excellent guide to telling the real from the fake online.