Saskatoon parents now have another option when it comes to their child’s education. For the first time ever in Saskatchewan, an elementary Montessori program is being operated by a school division.

Unfamiliar with Montessori? It’s taught in thousands of classrooms around the world and this method is learning is all about freedom within limits.

“Our students aren’t grouped in classes Grade 1, Grade 2 – they’re grouped in groupings of Grade 1, 2, 3 together so that children learn from one another,” Brent Hills, superintendent of education for Saskatoon Public Schools, said.

“Children then have an opportunity to experience their learning as they’re ready for it as opposed to when the teacher is deciding this is now the time to learn.” 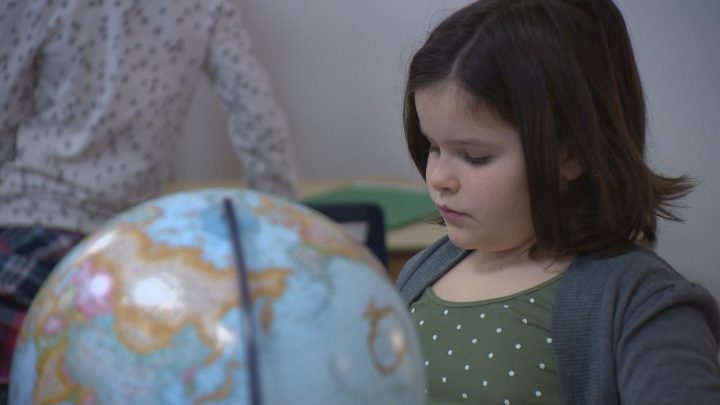 The classroom at City Park School that Global News visited didn’t have a desk for the teacher and each student quietly engaged in a different activity during what was noted on the whiteboard as “work cycle.”

“Things are not divided up into subject areas. It’s not like the bell rings at 10 o’clock and everyone switches to math,” Dr. Grace Thomson, head of Maria Montessori Preschool and Kindergarten in Saskatoon, said.

“They don’t have to do it at the same time so when you go into a Montessori classroom not only are the children multi-aged in there, you will also see them working at different things.”

READ MORE: Saskatoon Board of Education decides on names for new elementary schools

While the Montessori program isn’t new to the province, a program being operated by a school division is.

“There’s not a one size fits all for education for everybody and as a public education system we value that,” Hills said. 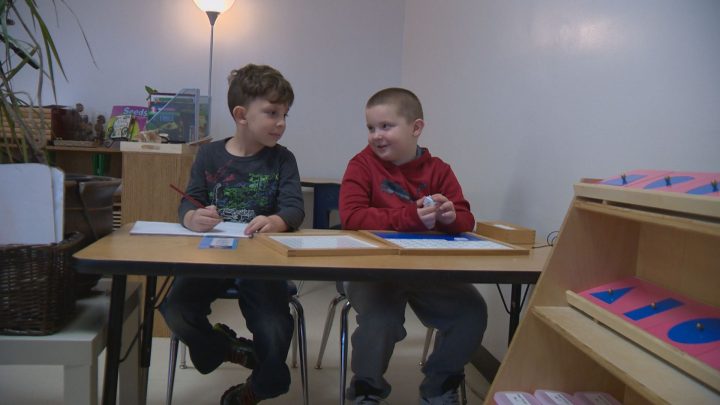 So in this specific case in Saskatoon, much of the programming is free as opposed to tuition-based.

“It’s public education so it’s funded no differently than another special program or unique program in Saskatoon so our students in Grade 1 to Grade 8 don’t pay tuition.”

Montessori tuition rates vary from institution to institution but parents in North America typically shell out any where from $1,000 to $14,000 a year.

Otherwise families with children in this newly integrated program are only on the hook for a small fee for resources and getting their child to and from school.

At this point, there isn’t a wait list for students but growing interest from parents who are considering the option next year.

“It’s not about competition, it’s just about providing the opportunity for all families in Saskatoon to have a Montessori education if they choose to do so,” Hills said.

The success of the program will be reviewed and whether or not Montessori is integrated into other public schools in the district, that decision will be up to the board.