Thinking back to the extremes of the last few winters in Canada is enough to give you whiplash. The 2013-14 winter was cold and had an unwanted visitor called the Polar Vortex around the Great Lakes. Then 2014-15 featured widespread cold that lingered well into spring across the country.

Last winter, however, was basically a ‘non-winter’ with very little snow and near record warm temperatures. So what type of winter are Canadians in for this year?

The big difference globally from last year is a replacement of the Super El Nino with a weak La Nina. This means very warm water near the equator in the Pacific has been replaced by slightly cooler than normal water. It may not seem like a big deal, but this change affects the jet stream around the planet and influences weather patterns. 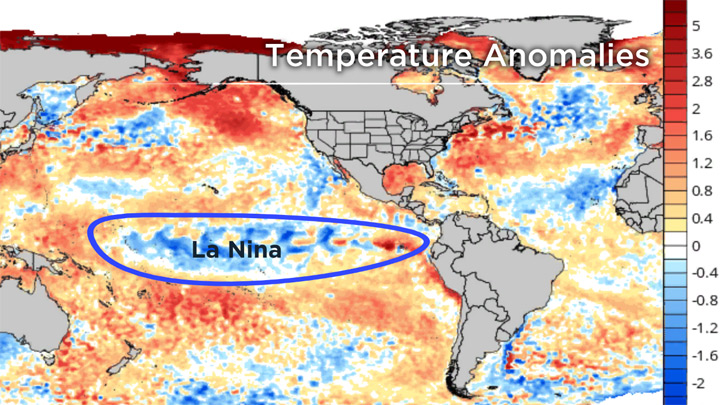 Here’s what to expect across the country:

Temperatures will remain near seasonal from coastal B.C. east through the Rockies. Strong systems will continue to bring above-normal rain and snow to B.C. and Alberta early in the season and then more sporadically as a stronger ridge builds later this winter. Arctic outbreaks could spill back west over the mountains later this winter and this is something we are concerned about.

After a colder and snowier/rainier October than normal, November is in the opposite camp so far with abundant sunshine and balmy temperatures. There are signs that December and January could be quite cold in this region with frequent arctic outbreaks arriving from northern Canada and potentially from across the North Pole depending on the amount of blocking that occurs.

With a stronger than normal polar jet stream (common in La Nina winters), precipitation will get wrung out over the Rockies and little moisture will be available for the frequent Alberta Clippers sweeping through. 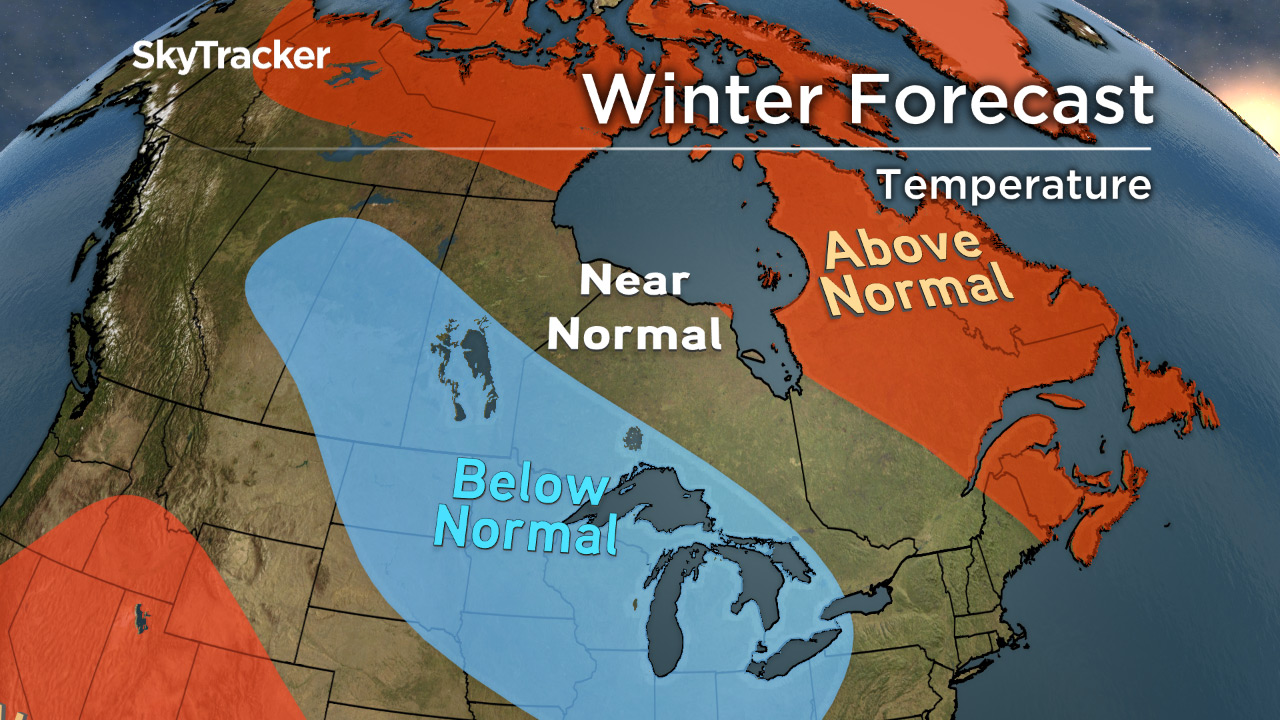 October was the seventh straight month with above seasonal temperatures for most cities in these two provinces. A pattern change late in November threatens to end that streak starting with the month of December. This cold pattern will involve frequent shots of Arctic air that could linger into the holiday season before relaxing in January.

Because of the recent warmth, the water temperatures of the Great Lakes are at record levels. The combination of cold air travelling over warm water means this could be an extreme year for lake effect snow. Depending on the prevalent winds, some rural Ontario communities could get buried by snow before Christmas.

A back and forth pattern the second half of winter will bring near seasonal temperatures with continued above-normal precipitation. We are concerned about increased blocking over northern Canada and Greenland, which could lock in the cold like a couple of years ago. 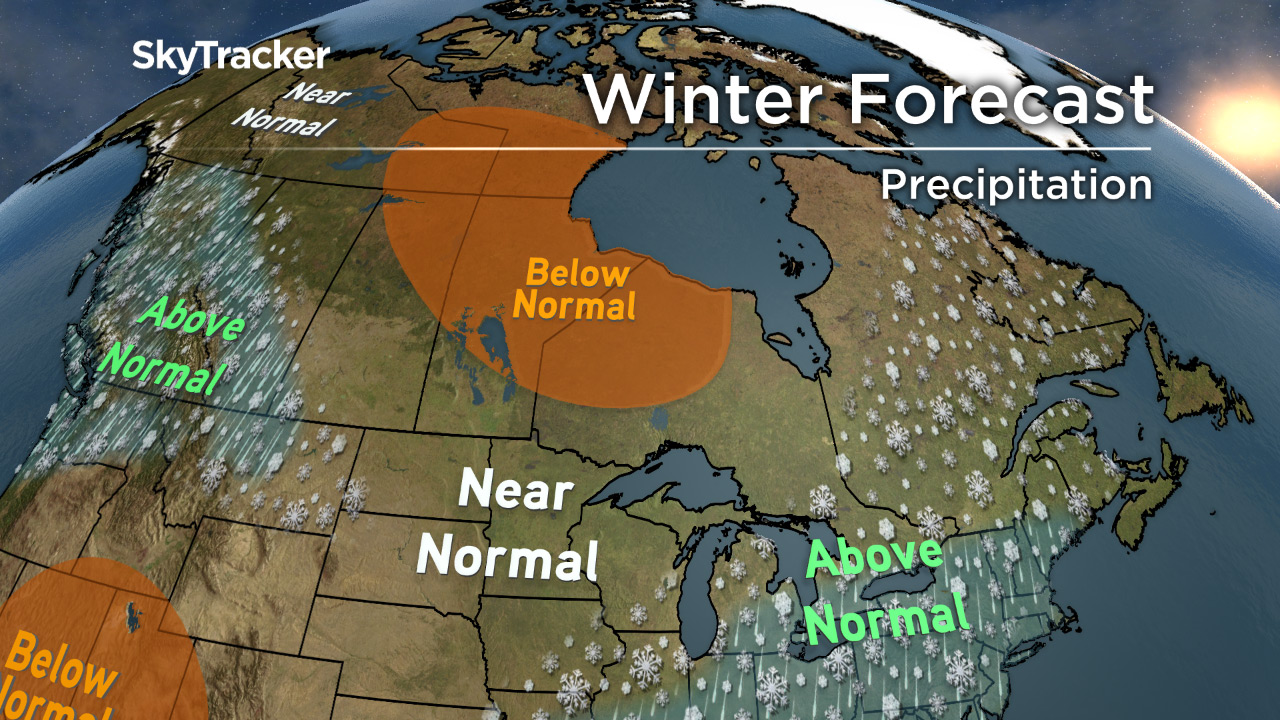 Water temperatures off the East Coast are still running well above normal, which will help contribute to a warmer winter overall for this region. December will be a mild month with the potential for Arctic air to settle in for a time in January and early February. With a storm track further west than last year, there will be more rain storms than usual. There is also a higher than normal ice storm potential this season, which is something we’ll be watching for closely throughout the winter.

Don’t let this winter catch you off guard. Stay ahead of the storm by download the free SkyTracker Weather App.