Royal Visit 2016: The BC woman behind Prince George’s bubbles

A small army of children’s entertainers brought the grounds of Government House to life on Day 6 of the royal visit in Victoria, much to the delight of Prince George and Princess Charlotte.

The tiny royals appeared on the covers of publications around the world Friday morning thanks–in part–to people like Jennifer Witvliet: the woman behind the bubbles that enchanted Prince George.

“He loved the bubbles,” Witvliet recalled. 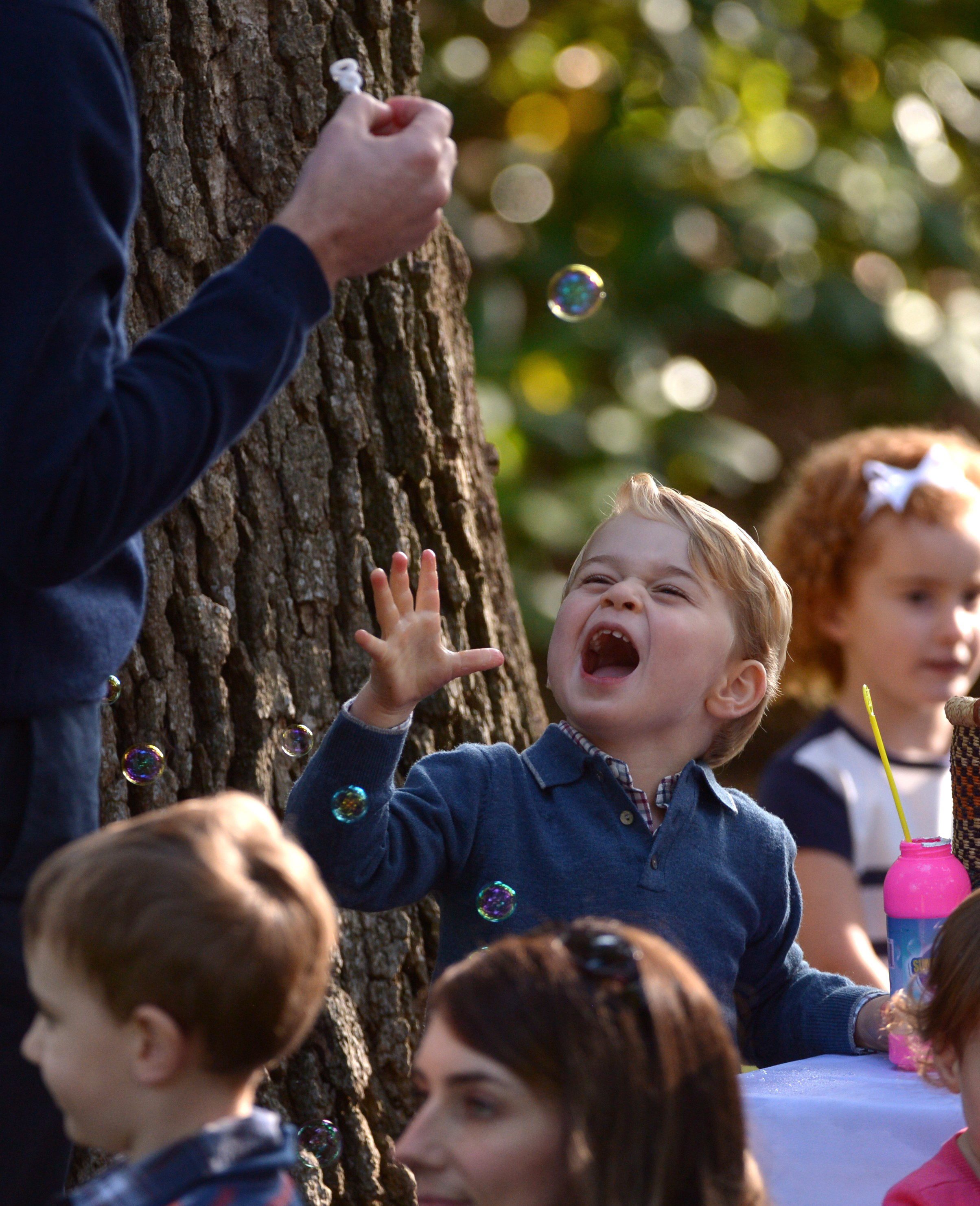 Witvliet was invited to the party by Paul Kilshaw, the balloon-maker whose creations brought a smile to Princess Charlotte’s face.

When she was first contacted by Kilshaw, Witvliet said she almost turned down the invitation to attend.

“It was really hush, hush–he didn’t give me a lot of details,” she said.

“I’m glad I said yes because usually I say yes to so many things, I was like, ‘I’m going to say no to these things.'”

Witvliet said the prince seemed to love bubbles of all sizes: from the small wands his father used to the wand she waved to create even larger ones. An automatic bubble-blowing machine in the shape of Disney’s Nemo seemed to be a favourite of the young royal.

“He just kind of ran up to me and I passed it to him and he just took off with it,” she said.

PHOTOS: Will and Kate canoe and fish on royal visit to Haida Gwaii

Seeing the youngster so happy is a sight Witvliet said she won’t soon forget.

“It was special that it could just be something so simple–so low-tech. Just a simple bubble and it made him happy,” she said. “It’s all kind of sinking in now.”

“I’ve never done it for parties, but maybe I will now.”